Too Hot To Live: Climate Change in Nigeria

Nineteen of the twenty hottest years on record have occurred since 2001, not including 2020 which is on track to top the list. Now, research has found that climate change could make most of Nigeria too hot to live in by 2070.

Nigeria’s MAT stands at 25.7°C, which may seem cool in comparison but is well above the usual human niche. The population is no stranger to dangerous and paralyzing heatwaves, having spent the better part of spring 2019 with 40+ °C. Humidity makes things worse, as it reduces the body’s ability to cool off via sweat, and can make 29°C be perceived as  up to 36°C. Usually around 40%, Nigeria’s humidity can spike at 70% during the rainy season from March to July, thus coinciding with the hottest periods.

Nigeria’s largest city, Lagos, is an example of the developing country’s megalopolis, housing 20 million people and still attracting many more each year. Accommodating so many entails a rushed expansion, and poor infrastructure design, thus leaving the country’s economic hub exposed to the vagaries of climate change. Lagos is already having trouble with sea level rise and flooding, and a study by Xu et al (2020) predicts that virtually all of Nigeria will become too hot to live in by 2070. 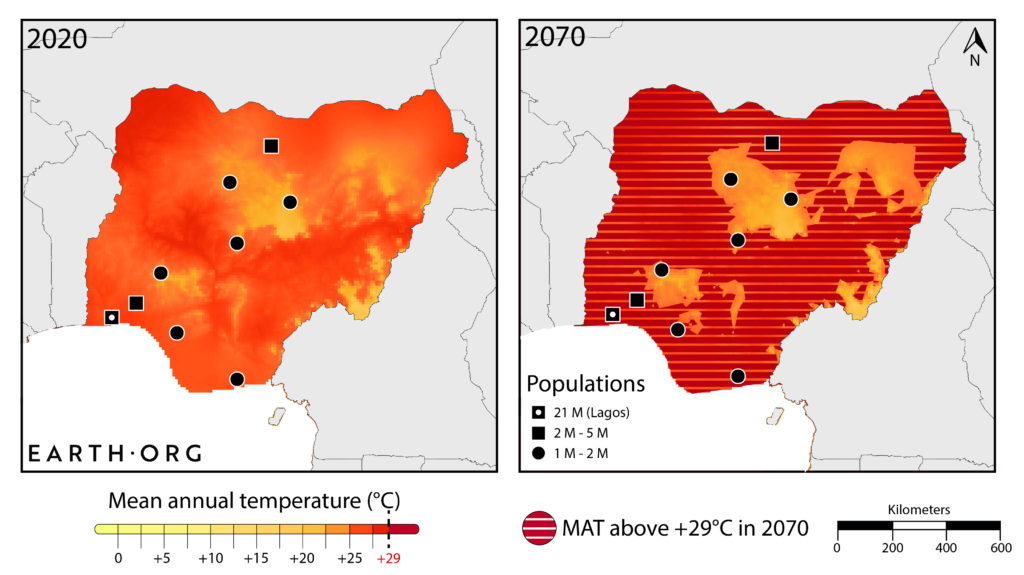 Beyond the damage Sahara-like temperatures could have on agriculture and other industries, Nigeria is facing an unprecedented situation. An overwhelming majority of its population could find itself living in unbearable temperatures, leaving only two options: adaptation or migration. 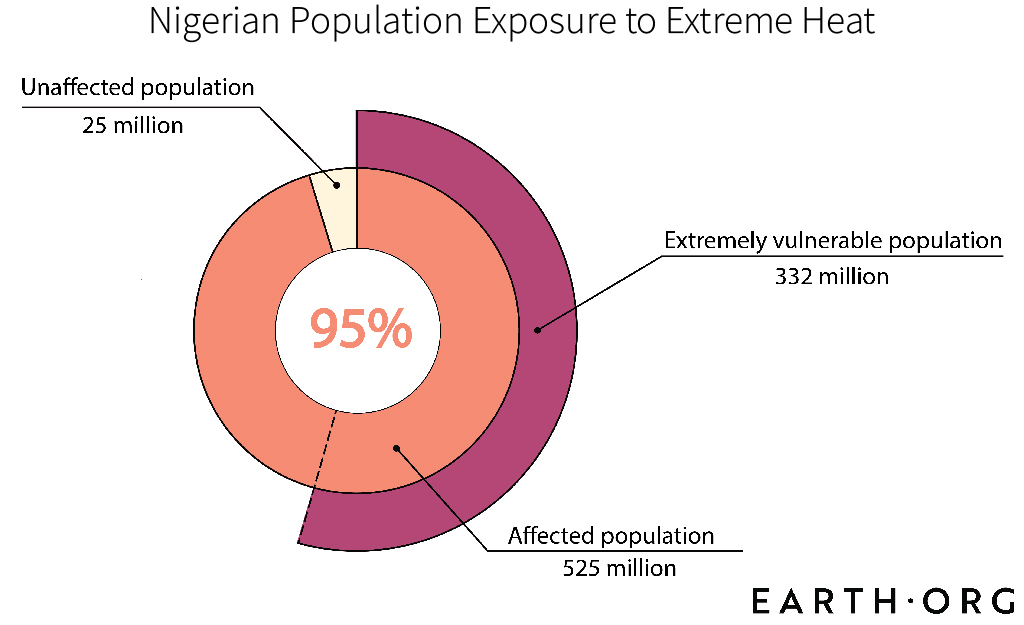 Adaptation would entail housing the (near) entirety of the population in large cities that allow movement within extensive air conditioning networks, or shaded and cooled external passages. While Nigeria is likely to experience massive growth in the next 50 years, this still seems relatively unfeasible. As for the alternative, displacing what will be more than 200 million people in nearly unthinkable. To put this in perspective the largest human displacement, the Syrian refugee crisis has forcefully displaced 13 million.

This kind of scenario is becoming likelier by the day, and because our understanding of climate change evolves everyday, we must make an effort to stay educated. The more we know, the better the decisions we will make. Spread the word!