Winter Ice is Late in the Laptev Sea

The June 2020 global land and ocean surface temperature has been ranked as the third highest in the 141-year  National Oceanic and Atmospheric Administration (NOAA) global temperature dataset record. 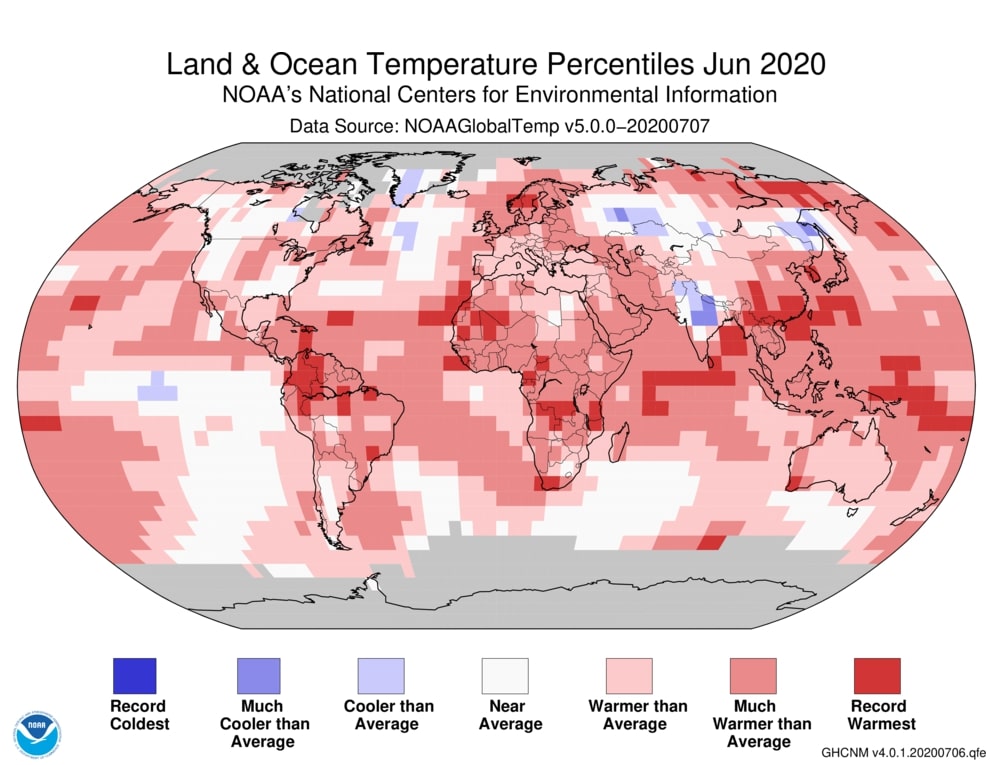 The impact of warming temperatures in the Laptev Sea has led to another broken record in NOAA history. The Laptev Sea is known as the “birthplace of sea ice” because it usually supports the early winter ice sheets that then drift westward carrying nutrients across the Arctic, before breaking up in the spring in the Fram Strait between Greenland and Svalbard. This year, sea ice appearance is later than ever recorded. As shown in the graph below, ice buildup has yet to begin by mid October, noticeably lagging behind patterns from the past 42 years. 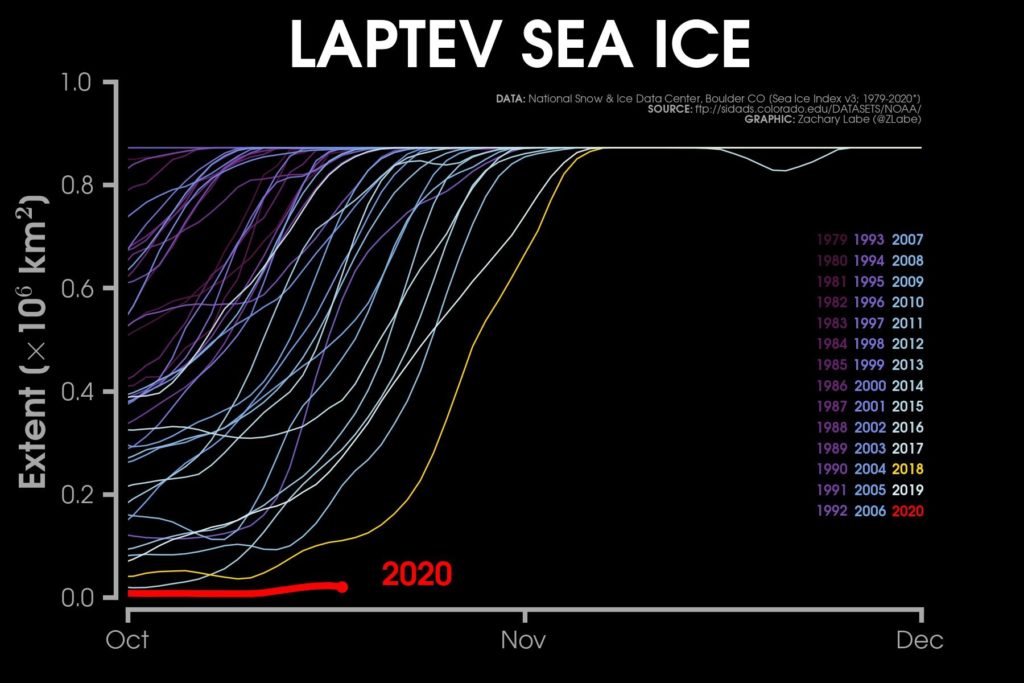 Experts have the following speculations on why this delay might be happening. The exceptionally high temperatures in May had led to an early development of melt ponds along the Russian coast. This, combined with exceptional warmth over Siberia in June and the unusually thin ice from the previous winter (naturally occurring due to the Arctic Oscillation), resulted in early development of open water within the Laptev Sea. This has led to an increase in ocean sea surface temperatures, which is 4 °C above freezing.

Underneath the sea surface, climate change is also pushing more Atlantic currents into the Arctic and breaking up the usual stratification between warmer deep waters and the cool surface.  River runoff may also be contributing to the warm surface waters in the region.These factors are combining to hamper sea ice formation, resulting in its exceptional tardiness. 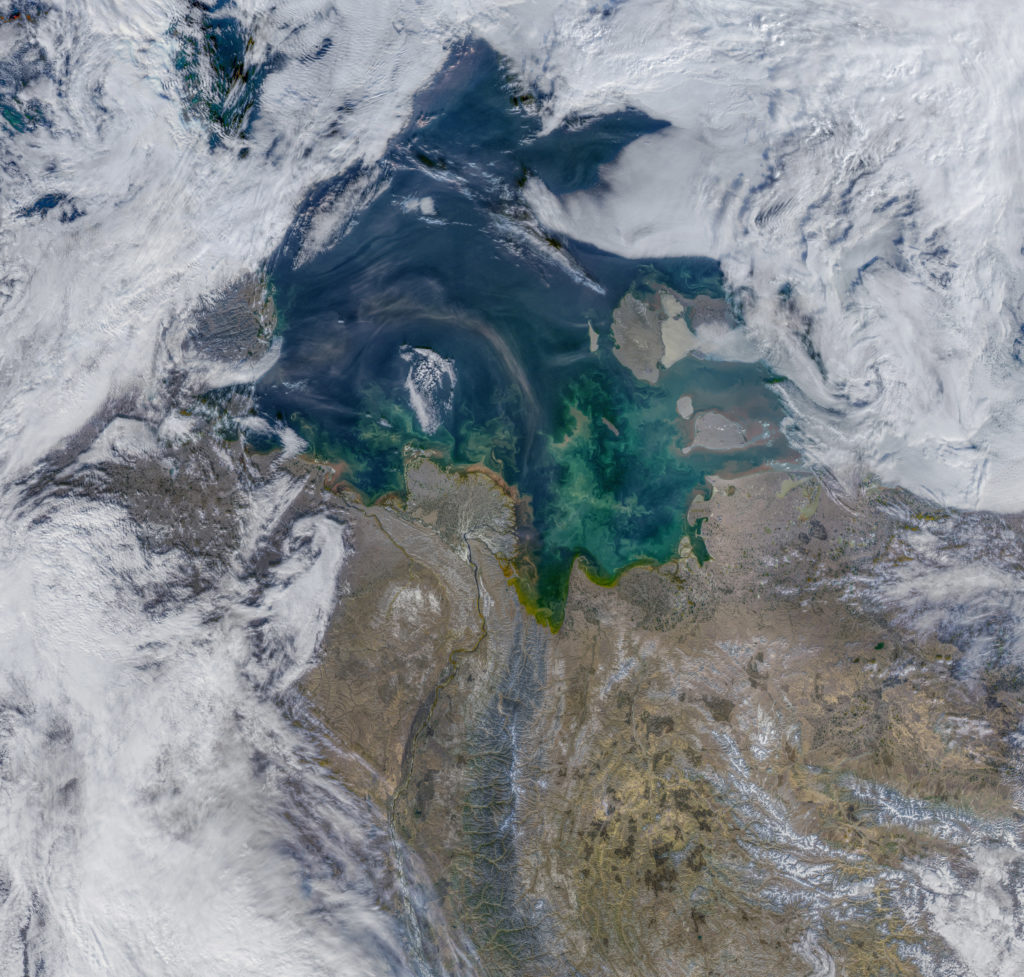 The delay in ice formation may have profound consequences. The sea ice will be thinner due to shortened formation time and thus more likely to melt before it reaches the Fram Strait. This could lower the nutrients available to the Arctic planktons, hence, reducing their capacity to draw down carbon dioxide from the atmosphere, and depriving the ocean’s food chain of its most basal element.

The poles have an important role in regulating the climate, and changes in their climates can cause a ripple effect. Their environments and weather are undergoing rapid transformation, concretising scientists’ worst warning earlier than even they expected. These same researchers also know that it isn’t too late to avoid the worst of climate change, and now is the time to learn, educate around you and act.