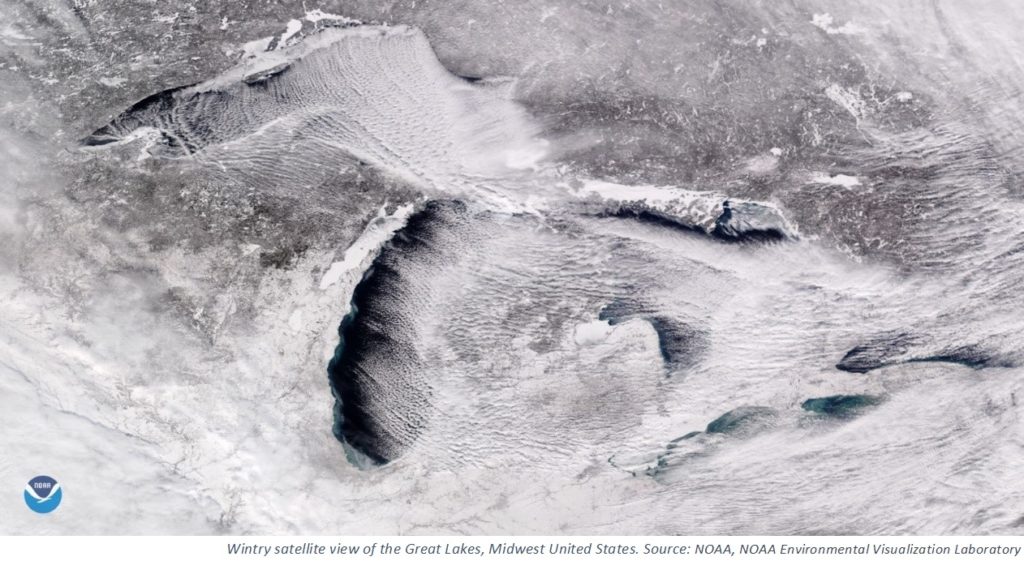 The idea that climate change can only produce bouts of unusually hot weather is a misconception. Extreme cold carried by abnormally powerful arctic winds clenched North America in a glacial fist over the last week, spurring climate change deniers into questioning how severe cold weather goes hand-in-hand with global warming.

In the beautiful Midwest, windchill temperatures are reaching minus 60 degrees, the coldest ever recorded. In coming days, expected to get even colder. People can’t last outside even for minutes. What the hell is going on with Global Waming? Please come back fast, we need you!

In fact, the polar vortex, as it has been called – actually isn’t anything new. It is always there, hovering high above the Arctic region, sweeping the ice sheets with gusts of 300 KM/h.

But sometimes the vortex’s epicentre drifts, weakens and loses its tight circle. It takes an irregular shape and starts to move southward, which is why cities like Chicago are expected to be colder than the Arctic this week.

In recent years, the polar vortex has been shape-shifting and drifting more often than its historical usual. Experts suggest this phenomenon is linked to global warming. When higher temperatures invade the Arctic, the polar vortex loses its structural integrity.

Last February, the shifting polar vortex affected Europe, as the media-dubbed “Beast from the East” swept across the region with heavy snowfall and record low temperatures, leaving transport systems at a standstill in many countries.

“The fact is, no single weather episode can either prove or disprove global climate change”, explains Dr Holden, scientist and former Director for the White House Department of Science and Technology Policy.

Scientist look at the big picture, not just today’s weather, to see the impacts of climate change, which Holden defines as “the pattern of weather that we observe geographically and over the seasons.”

The National Oceanographic and Atmospheric Administration (NOAA), which resumed operations on Monday following the longest-ever government shutdown, responded to the President Trump’s tweet on climate science.

How can we educate society about the danger of climate change?

In an era when misleading statements can reach millions of online followers, the nation’s science advisors are devising new strategies to quickly expose and debunk mistruths about climate change.

The National Academies of Sciences, Engineering and Medicine is considering a “quick response capability” to effectively communicate to the public the risks of global warming.

Under the carefully-crafted plan, which took months to develop, the Academies would not respond to every misrepresentation of climate science but instead offer corrections within 48 hours.

“It’s a repository of lots and lots and lots of information about climate,” said William Hallman, member of the Climate Communications Initiative Strategic Plan committee.

“It’s is in a position, perhaps a unique position, to address some of the misinformation that’s out there. It’s got gravitas. So when the national academies speaks, people, and particularly the scientific community, tend to listen.”

The Academies want to ensure that Americans have access to factual information without getting stained by partisan warfare, says committee chair David Titley.