What are Tipping Points in the Climate Crisis? 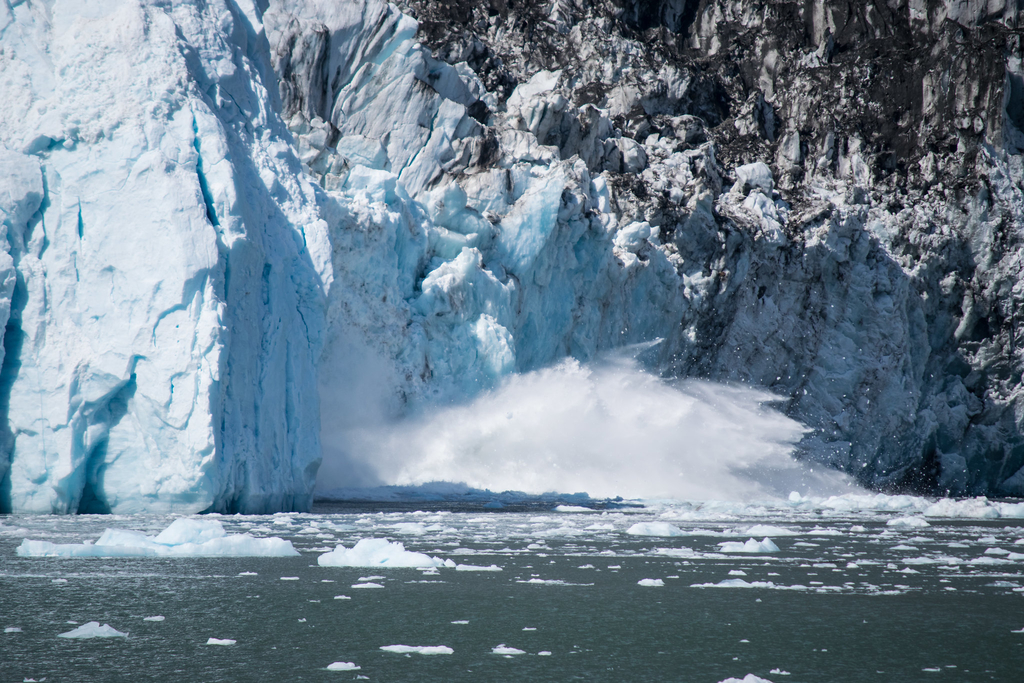 Scientists writing for the journal, Nature, have warned that the planet has crossed a series of climate ‘tipping points’. They call the risk an ‘existential threat to civilisation’, saying that ‘we are in a state of planetary emergency’. What are climate change tipping points and what effects do they have on the planet? Is it possible that these tipping points can have positive impacts on society?

What is a Climate Tipping Point?

Tipping points are thresholds where a tiny change could push a system into a completely new state and are based on positive feedback loops, whereby an effect of something reinforces the cause. They are caused when particular impacts of global heating become unstoppable, such as the disintegration of the Greenland ice sheet, permafrost loss and coral reef die-off.

In the past, extreme heating of 5C was thought necessary to pass tipping points, but latest evidence suggests that this could happen between 1C and 2C.

The scientists say, “Multiple risks can interact, with one change reinforcing another, and with warming of just a degree or two sufficient to result in dramatic cascading effects.”

The planet has already passed the 1C mark and temperatures will certainly rise further, due to past emissions and because greenhouse gases are still rising. The scientists further warn that one tipping point may fuel others, leading to a cascade, and have called for urgent international action.

When Will We See a Tipping Point for Climate Change

The article comes as the UN warns that the world is currently on track for 3C-4C warming by the end of the century.

The scientists warn that the West Antarctic ice sheet may be in irreversible retreat; a similar situation is occurring at the Wilkes basin in east Antarctica. The collapse of these ice sheets would raise sea levels by many metres. The Gulf Stream current in the Atlantic, which warms Europe, has slowed by 15% since the mid-20th century.

17% of the Amazon rainforest has been lost since 1970. The tipping point where loss of forest leads to it drying out, could lie in the 20-40% range, which could turn some regions from a sink for carbon to a source. In the tropics, corals are predicted to be wiped out by 2C of heating.

A cascade of tipping points could occur because, for example, the melting of Arctic sea ice amplifies heating by exposing dark ocean that absorbs more sunlight. This may increase the melting of Greenland ice and permafrost areas.

Two physical climate tipping points which have received less attention will be discussed.

Examples of these tipping points are starting to be observed, the scientists say. For example, Arctic sea-ice loss is amplifying warming in the region, and Arctic warming and Greenland melting are driving an influx of fresh water into the North Atlantic, where the Atlantic Meridional Overturning Circulation (AMOC) is responsible for bringing warm water to mid-latitude regions and is a key part of global heat and salt transport by the ocean.

The positive feedback is brought about by the current towards the north transporting salty water, which then sinks in the north and flows back to the south to complete the loop. With the melting Greenland ice sheet, the freshwater dilutes the salty water and makes it lighter. This reduces the sinking. With the loop slowing down, less salty water is brought northward and makes the sinking even slower. Rapid melting of the Greenland ice sheet and further slowdown of the AMOC could destabilise the West African monsoon, triggering drought in the Sahel region. The slowdown could also dry out the Amazon, disrupt the East Asian monsoon and cause heat to build up in the Southern Ocean, which could accelerate Antarctic ice loss.

It has been suggested that the AMOC tipping point is unlikely to be reached if the Paris Agreement is adhered to. If this tipping point is exceeded, Europe may experience disrupted rainfall patterns and have knock-on effects for agriculture.

Professor Stefan Rahmstorf, professor of physics of the oceans at Potsdam University, says, “Most people think that to trigger a real shutdown would require substantial global warming- like 3C or 4C [above pre-industrial levels]. And we could pretty well minimise this risk by limiting the warming to below 2C. So, if we actually take the Paris Agreement seriously, then I would feel relatively relaxed about the risk of a shutdown. But if we continue on the current path and heading for three or more degrees, then this becomes a really serious concern.”

Another tipping point lies at the other end of the world. The West Antarctic Ice Sheet (WAIS) rests on an underwater bedrock. Warmer water underneath the sheet melting it from below reduces the contact area and friction between the WAIS and the bedrock, speeding up the outward flow of the WAIS. This further stretches and thins the sheet, exacerbating the melting. It has been estimated that the tipping point lies near two degrees of global warming since pre-industrial levels. The complete melting of the WAIS may raise sea levels by three metres globally.

The scientists say that the planet may still have time. They write, “A saving grace is that the rate at which damage accumulates from tipping could still be under control to some extent.”

Tipping points need not always be unpleasant; they may also be effective in mitigating the climate crisis.

Just as nuclear power plants are responsible for handling their nuclear waste, fossil fuel power plants should also be held responsible for their CO2 emissions. At present, many companies are failing to disclose the additional costs needed for limited warming. If companies disclose these financial burdens, their values may drop. This may reduce investment interests and increase devaluation of the companies, allowing renewable companies to become more competitive.

These tipping points could also encourage investment in technology. Renewables used to be more expensive than fossil fuels, but with increased investment, costs of solar photovoltaics (PV) and wind have been reduced drastically. Meanwhile, the costs of fossil fuels and nuclear energy have remained consistent. Costs of PV and wind energy can now compete with their cheapest alternatives, these being oil, coal and natural gas. Once the costs drop below a certain point, renewables may be more widely adopted. More investment will follow, leading to further cost reductions.

Finally, the social sector may benefit from climate tipping points. Studies have shown how a small number of influencers in a large group of people can have a snowballing effect for pro-climate activism. With climate news frequently making headlines, the pro-climate population is growing. While people are becoming more aware of the climate emergency, many are silent.

If the relatively small number of influencers- or committed minority- can demonstrate to the silent yet pro-climate majority that their beliefs are more widely held than they thought, more of the population will be encouraged to be outspoken about the issue. As the population of the committed minority grows, eventually this will result in a committed majority. This will activate another tipping point where political leaders worldwide may pay more attention to the pro-climate voting population.

Preliminary results from the latest climate models suggest that global heating will be greater than expected, increasing the risk of tipping points. Climate tipping points are no doubt an emergency that need to be studied to be avoided, and we need to better utilise the positive socioeconomic tipping points to mitigate the climate crisis.