Deforestation in Amazon Increased by 10% in June 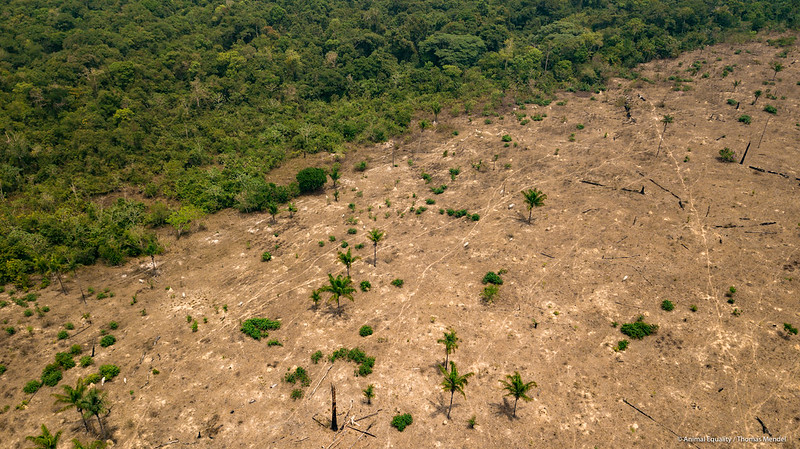 Researchers at the IPAM estimated that deforestation and the fires that have occurred in Brazil’s Amazon over the past six months have emitted 115 million metric tons of carbon dioxide into the atmosphere, the equivalent of the annual emissions of 25 million cars and a 20% increase over the same period last year.

Ane Alencar, science director at the Instituo de Pesquia Ambiental de Amazonia (IPAM), stressed that if the Amazon rainforest continues to endure the same trends of deforestation, 2020 will mark the worst year for deforestation in over a decade, with approximately 14 998 sq km of affected forest.

President Bolsonaro has deployed military in the region to stop illegal land clearing, and has issued a ban on fires in the Amazon region for 120 days from the week of July 13. Whether this would constitute ‘enough action’ to sufficiently protect the Amazon rainforest and combat the deforestation problem has been debated.

Suely Vaz, the former head of environment regulator at the Brazilian government’s environmental ministry, said, “Control of deforestation isn’t done by sending a lot of inexperienced people to the field.” Vaz stressed that although the army would be able to help, the operations need to be conducted by environmental authorities with appropriate technical planning and intelligence to stop deforestation altogether.

In recent months, international trade groups, financial institutions and major corporations have urged the President to take steps to stop deforestation. European countries have warned Brazil that it would back out of the USD$19 trillion Union-Mercosur free trade agreement if the country doesn’t do more to protect the Amazon. Further, a letter signed by 29 financial institutions said that the country’s dismantling of environmental policies and indigenous rights are ‘creating widespread uncertainty about the conditions for investing’.

Rubens Ricupero, Brazil’s former environment minister, stated how the pressure from international investors to act and mitigate the problem should not be overlooked- especially in consideration of post-pandemic infrastructure projects: “right now, there is no investment, from Brazilians or foreigners. But the concern is that as the pandemic begins to weaken, the government will want to revive the economy … and for that the government will need to be able to attract investments from overseas.”