Deforestation in Russia: Depleting the Lungs of the World 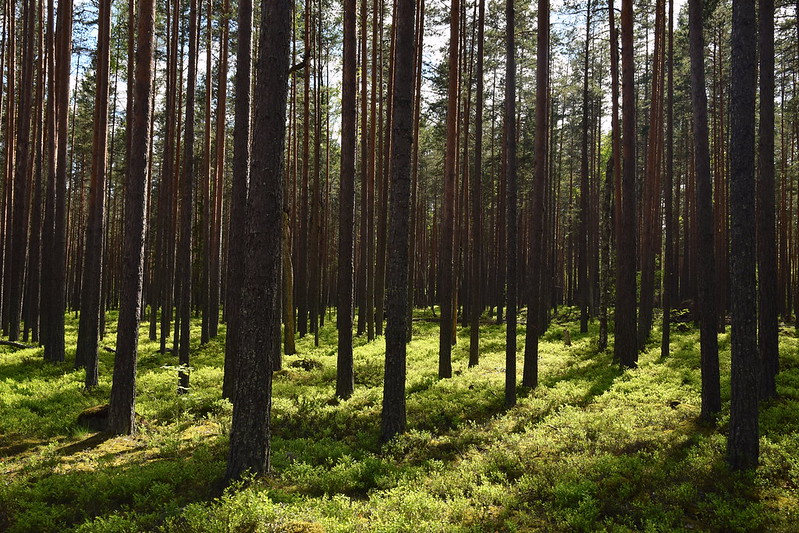 Russia contains the largest area of natural forests in the world, covering 49% of Russia’s landmass and 815 million hectares, 23% of the planet’s total forest area. Yet, much of the country’s forests are under the threats of rapid deforestation. From 2001 to 2019, Russia lost 64 million hectares of relative tree cover, equivalent to an  8.4% decrease since 2000 and 17% of the global total. In 2018 alone, Russia lost 5.6 million hectares of tree cover followed by Brazil with nearly 3 million. What obstacles does Russia face in preventing deforestation?

Russia’s forests stretch from the Baltic Sea to the Sea of Japan, encompassing the last wild forests of Europe and a substantial portion of the vast wilderness of Siberia. With their ability to soak up carbon dioxide and expel oxygen, the world’s forests are often referred to as the “planet’s lungs.”

An illustration showing the top five countries in the world for forest area (Source: Weforum.org).

The forests of Russia are owned by the state and are used for commercial reasons by the private sector. Forests can only be licensed as concessions to enterprises for one to 49 years, but the Office of the President of the Russian Federation reported an approximate 66% increase in illegal logging from 2008 to 2013 in the Russian Federation.

Action to combat illegal deforestation is taken by the Federal Forestry Agency of Russia, which is responsible for forest policy, regulation of forests as well as enacting new laws. The 2013 Russian Roundwood Act requires the timber process to have documentation for Roundwood transportation, logs of valuable hardwoods and Roundwood sales to be declared in an open-source database alongside the implementation of penalties for non-compliance with the law concerning the Roundwood transaction declaration.

Additionally, an export tax in 2008 aimed to restrict log exports, reduce the loss of forest resources and increase domestic processing, jobs, and revenue for the domestic forestry industry.

Despite this, there are millions of hectares where it is unclear whether they are agricultural or forest areas, making it difficult to understand where illegal logging takes place; the government and administrative bodies often lack the funds to get clear indications of this.

Most illegal logging occurs through permits being issued illegally. The UN has stated that 14.2% of timber firms experienced at least one bribe payment request in 2012 with an overall lack of transparency during concession licensing processes with unfair competition and licences issued based on auctions to the highest bidder or given to individuals with connections to the issuing authorities.

In general, with little oversight by the government and high levels of corruption, many illegal timber activities are left unchallenged resulting in deforestation in Russia occurring unabated.

China is the world’s largest importer of logs and lumber in the world, becoming a global wood product remanufacturing and redistribution centre. 48.3% of these lumber imports to China are supplied by Russia.

By Russia feeding China’s colossal appetite for wood, China has brought jobs and cash to regions of Russia. Yet China has sharply restricted domestic logging to preserve its own forests, as well as Russian timber facilities to only be staffed by Chinese labour.

Ms Avdoshkevich, the Kansk City Council member said that the Chinese timber barons based in China simply ship as much wood as they can, as quickly as possible, to China, without investment in manufacturing in Russia and without regard to environmental damage.

It is estimated that around 20% of the Russian wood exported to China is felled illegally, helping Russia to become a global leader in forest depletion.

Furthermore, corruption is allegedly widespread in the Russian timber industry. Nikolay Shmatkov from the WWF believes that the law enforcement officials are stretched to their limits and that they stand by without taking action with Russian forestry workers who sell the timber without necessary permissions to China.

The Forestry Agency says the authorities will not extinguish 91% of the fires because they are located in “control zones.” Forests fall into control zones when the fires have no effect on local populations and when the cost of extinguishing them is greater than the residual damage of the fires.

“The role of fires in climate change is underestimated. Most of the fires are man-made,” said Grigory Kuksin, head of the fire protection department at Greenpeace Russia.

While the Russian government has previously declared states of emergency and dispatched the military to help firefighting efforts, local authorities have dismissed the wildfires as a natural occurrence, saying that putting out wildfires is not economically viable.

Environmental Damage in Russia Beyond Deforestation

In addition to the destruction of carbon-absorbing forests across Russia, the carbon dioxide, smoke and soot released have increased temperatures, with the winter of 2019 being the warmest winter in 130 years according to the Russian Hydrometeorological Research Center. It is these conditions that have invigorated heat and dry tundra conditions triggering forest fires along the Arctic Circle.

“Now we are seeing these fires within 15 kilometres of the Arctic Ocean,” according to Greg Henry, a climatologist and tundra researcher at the University of British Columbia. “Usually there’s not much fuel to burn there, because it’s kept cold by the ocean so you don’t get ignition of fires that far north.”

In turn, by burning so close to the Arctic, the fires are contributing to the thawing of Arctic permafrost which, in some cases, can lead to sudden ground collapse. The Western Russian Arctic is experiencing some of the highest rates of permafrost degradation globally with the Intergovernmental Panel on Climate Change (IPCC) forecasting that by 2050, near-surface permafrost in the Northern Hemisphere may shrink by 15 to 30%.

Permafrost degradation risks the collapsing of infrastructure as well as the release of carbon feedback.

Another implication of forest fires in the Arctic Circle is the burning of peatlands, carbon-rich soils that accumulate as waterlogged plants slowly decay, sometimes over thousands of years. These are the most carbon-dense ecosystems on Earth; a typical northern peatland packs in roughly ten times as much carbon as a boreal forest and nearly half the world’s peatland-stored carbon lies between 60 and 70 degrees north, along the Arctic Circle.

As a result of Arctic wildfires, northern peatlands could eventually shift from being a sink for carbon to a source, further dramatically accelerating climate change.

Russia ’s lacklustre response to tackle deforestation is in line with the country’s low commitment to addressing climate change, relying heavily on the oil and gas industry as well as having a poor record of enforcing green initiatives that could have greater negative global climate effects simply from not addressing deforestation and for short-term economic gains.