How Can We Keep Our Drinking Water Safe From Rising Sea Levels? 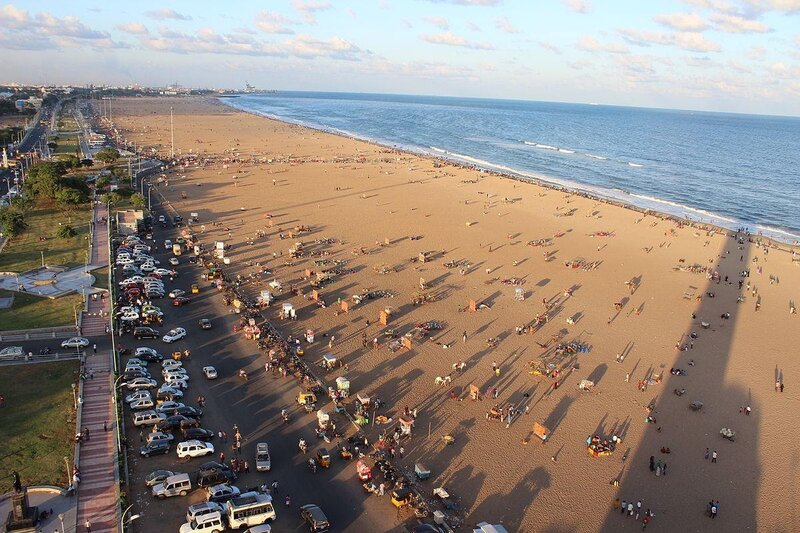 A report suggests that large parts of some of the world’s biggest coastal cities will be submerged by 2050 due to rising sea levels. However, this intrusion from sea-level rise is already being seen in the form of seawater that is contaminating drinking water.

When seawater finds its way into aquifers due to sea-level rise, it contaminates sources of drinking water. An aquifer is a layer underneath the land surface consisting of permeable rocks, rock fractures, or unconsolidated materials that can hold and transmit groundwater.

Many low-lying areas around the globe are already witnessing an increase in incidences where seawater is contaminating the groundwater.

India, for example, has 4% of the world’s freshwater reserve. This put the country’s expanding population at risk since the demand for water has skyrocketed.

Since 1950, per capita availability of water in India has reduced by 70% due to high demand from consumers, as well as agriculture, and it is expected to decline even further in the years to come. Furthermore, the cyclonic storms that hound India’s coastline bring more trouble by flooding its low-lying areas with saline water.

According to a study on the status of groundwater in India, Odisha – an Indian state on the eastern coastline- experiences 4 to 15 cyclonic disturbances a year. As a result, low-lying agricultural areas get submerged in seawater. Due to this exposure, aquifers get contaminated while wells start to yield saline water. This will eventually lead to water shortages and contamination in the region.

Another report indicates that Chennai is the city most affected by seawater intrusion in the country with 14km of seawater intrusion. The report adds that the total affected area in India stands at nearly 2 600 km – an increase of 500 km between 2007 and 2017.

The 20th century witnessed an increase in the mean sea level by 11-16 cm due to the climate crisis. Under a higher emissions scenario, sea-level rise this century could exceed 2m, while even immediate cuts to carbon emissions would result in a 0.5m rise.

These events further elevate the problem of seawater intrusion. While melting ice sheets are increasing sea levels, droughts reduce the downstream flow of rivers, a natural process which stops seawater from entering inland.

An article in Yale Environment 360 states that in the US, the Delaware River- which supplies water to millions in Philadelphia and southern New Jersey- is at risk of seawater contamination due to reduction in downstream supply due to droughts. If the trend continues, saline water will eventually find its way into consumable water reserves. Amy Shallcross, manager at Water Resource Operations, DRBC further adds, “There is a concern with climate change that we could get another record drought when we would run out of storage, in which case there would be added force pushing salt upstream from the ocean and less water to push it downstream.”

The Biscayne Aquifer, which supplies water to 6 million people in southern Florida, is already dealing with the problem of saline water intrusion. Higher sea levels have reduced the gradient that blocks seawater from entering the interiors. As a result, canals aren’t functioning by pumping out fresh water from the depths of Florida. Sea levels in Florida are 20cm higher than in 1950.

At the moment, we are fighting a battle on two fronts. The climate crisis is causing frequent droughts that dry up the rivers which pump freshwater into the sea. This process keeps the saline water from entering inland. On the other hand, our glaciers are melting due to rising temperatures that increase sea levels, thus increasing the chances of seawater penetration.

While drinking water contamination from sea-level rise is a reason to worry, the ecology is also getting affected by seawater intrusion. Any life form that depends on freshwater for survival is at risk of perishing after being exposed to saline water.

For example, in the Sundarbans, home of the world’s largest mangrove forest, royal Bengal tigers and various other species that thrive in this ecosystem are at risk due to the rising water level in the Bay of Bengal, which is rising twice as fast as the global average. As a result, the high species diversity observed in the region will decline if no action is taken.

The findings also suggest solutions to help stop seawater intrusion, including building percolation ponds, a technique in which rainwater is collected in large open ponds or areas surrounded by banks. The water then infiltrates into aquifers if the pond is permeable and if the aquifers are near the surface. Other methods include building desalination plants, regulating the use of groundwater, or moving water treatment plants further upstream, however this is an expensive process.

While these solutions give a short term respite, we must address the root cause of the problem which is climate change. We can do so by adopting more sustainable lifestyles that stop the negative effects of human activities on the planet. On a grander scale, we need to reduce our global greenhouse gas emissions. Failing to do so will render large swatches of the planet literally uninhabitable.