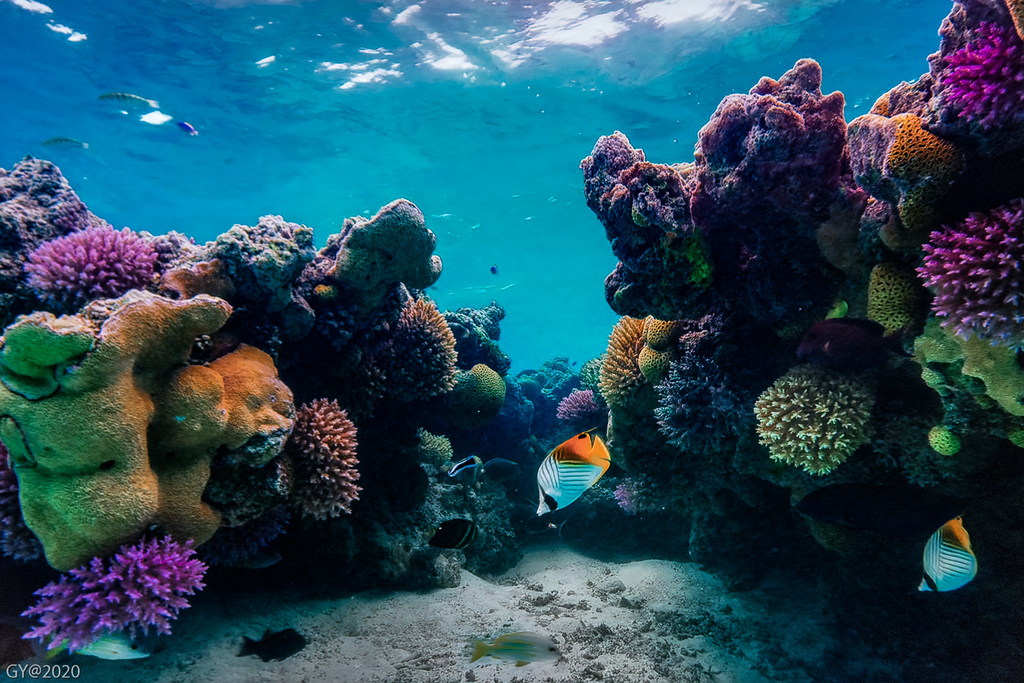 Scientists have discovered dozens of new coral species on a recent expedition along the Great Barrier Reef, a find that will provide insights to aid conservation and management. However, researchers have warned of complacency and say that a lot more needs to be done for the marvel that has experienced three mass bleaching events in five years.

The 21-day expedition in early January saw a team of researchers from King Abdullah University of Science and Technology (KAUST), James Cook University (JCU) and University of Technology Sydney (UTS) observe the Great Barrier Reef by collecting coral samples and recording the aquatic life they found. The expedition ranged from the Capricorn Bunkers off Gladstone to Thursday Island in the Torres Strait.

What is coral reef bleaching?

The Great Barrier Reef experienced mass bleaching events in 2016, 2017 and early this year. Bleaching is how coral reacts to ocean temperature changes. Symbiotic algae live in the corals’ tissues and turn the entire reef section white when exposed to these warmer temperatures for an extended period of time, eventually killing the coral.

Associate Professor of Marine Science from KAUST, Dr. Francesca Benzoni, stated in a local interview, “On almost every dive we were finding new species of corals that have never been accurately described and classified.”

Their findings led the researchers to conclude that the biodiversity of some coral groups could be at least three times greater than initially believed.

Additionally, the findings of the expedition revealed that one hard coral species, Acropora hyacinthus, previously thought to be a single species, is potentially five different species that all live relatively close together. The team also surveyed black corals on the reef for the first time.

The research also showed the discovery of a number of species of coral not previously seen on the reef.

These findings will aid in management and conservation of the Great Barrier Reef, by indicating the quantity of coral species, how common they are and the locations of specific coral species, which will impact scientists and biologists who use the Great Barrier Reef for different kinds of research. As the weeks and months progress, management professionals in conservation will need to readjust how they record findings from the reef and consider if any other corals could present new species as well.

This expedition’s findings will alter scientific studies and change how environmental companies protect and preserve the environment regarding climate change monitoring.

Further dives will focus on how common these new coral species are on the reef and if they’re widespread. Scientists will begin to look at previously known corals differently and plan future projects that will catalog every new finding.

Based on how they store information and comb through coral species, diving teams could change how experts manage the Great Barrier Reef and view other corals from around the world. The taxonomy field will become a new focus and shed light on hard and soft corals, both cataloged and newly discovered.

They say, “Understanding the diversity of species on the reef underpins virtually every area of research and conservation.”

While news of this new coral species is positive, the researchers have called for more research and funding to be able to ‘reassess the taxonomy of common groups found on the reef, including hard, soft and black corals’. Additionally, they call for countries to reduce carbon emissions to avoid catastrophic ocean warming that would decimate coral reefs globally. The IPCC has warned that even if warming is limited to the 1.5 degrees Celsius target outlined in the Paris Agreement, ‘almost all warm-water coral reefs are projected to suffer significant losses of area and local extinctions’.

However, the UN Environment Programme said in late 2019 that even if countries meet their Paris commitments, the world is heading for a 3.2 degree Celsius global temperature rise over pre-industrial levels. This makes it all the more important that countries reduce their carbon emissions and create policies and incentives for companies to do the same to avoid even more destructive climate impacts.