Driven By the Climate Crisis, Bumblebee Numbers Have Plummeted 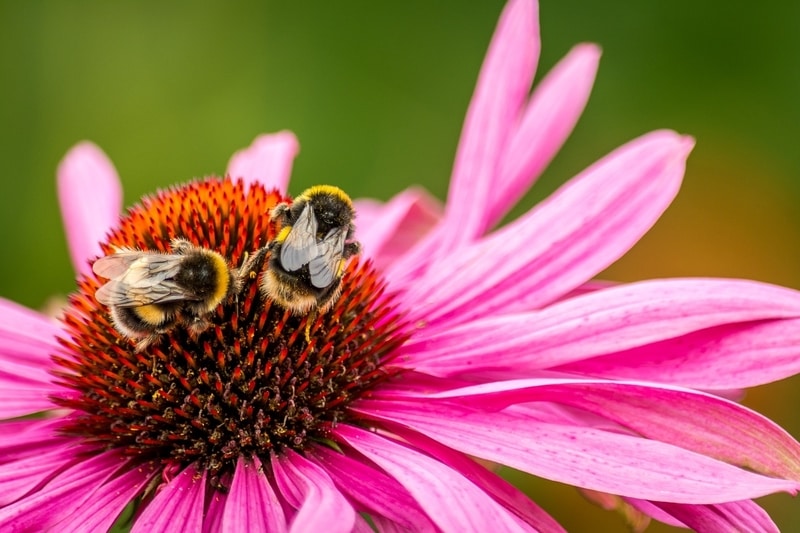 Bumblebees are vitally important pollinators of wild flowering plants and agricultural crops across the world. However, populations of bumblebees have seen massive declines around the globe, driven by the climate crisis caused by human activities, including land use changes, commercial rearing of bees, competition with invasive species, diseases and agrochemical use.

They are able to fly in cooler temperatures and lower light levels than many other pollinators, such as honeybees and flies. Bumblebees can improve the quality and quantity of crops like peas, beans and tomatoes through pollination, ensuring food security, and they actively contribute to the recovery of degraded ecosystems, maintaining plant biodiversity. They also play a significant role in sustainable development projects and programs by providing an extra source of income to traditional and low-income communities.

How does climate change affect bumblebees?

According to a study analysing the climate crisis in the Eastern Amazon., anthropogenic climate change is a major menace for bumblebee species worldwide. The impacts of climate shift affect species’ abundance, distribution, morphology and phenology. The bumblebee’s fuzzy body also makes it difficult for them to survive in the heat. A new study from the University of Ottawa suggests that temperature spikes and extreme heat waves have driven some local bumblebee populations in Europe and North America to the edge of extinction. Researchers analysed more than 500 000 records of 66 bumblebee species from 1901 to 1974 and from 2000 to 2014. The results demonstrated that the number of places populated with bumblebees have declined by 46% in North America and by 17% in Europe from 2000 to 2014 compared to the baseline period of 1901 to 1974. The rusty patched bumblebee, a species native to eastern North America, is an example of local population decline. The species is no longer found in Canada and is classified as endangered in the US under the Endangered Species Act.

Bumblebees have been hardest hit in southern regions, such as Spain and Mexico, as a result of more frequent extreme warm years. The decline of bumblebees amid accelerating climate change would lead to cascading ecological effects and loss of biodiversity and eventually economic damage, as there are less bees for crop pollination. Bees contribute more than $15 billion to the US economy by pollinating crops, making them vital for food security in the US and beyond. Therefore, the climate crisis must be mitigated to manage the bumblebees’ habitats by reducing exposure to the growing frequency of temperatures that may exceed the species’ optimum range of tolerance; bumblebees can maintain high thoracic temperatures at ambient temperatures between ~ 9 and 30 °C. NASA released a report in mid-2019 in which it says that under 1.5 degrees Celsius warming, the hottest days at Earth’s mid-latitudes will be up to 3 degrees warmer, while at 2 degrees warming, the hottest days will be up to 4 degrees warmer, placing the bees’ tolerance temperatures at risk.

The study focused mainly on species decline in Europe and North America and there is still an insufficient number of studies on bumblebee declines with reference to extreme climate events. Therefore, more studies should be conducted in the future and applied in all parts of the world. The importance of bees to our future is vastly underestimated; it is to our detriment that we’ve allowed bee populations to plummet so drastically. There needs to be wide-scale programs that focus on restoring their numbers so the planet can continue to benefit from the ecosystem services they provide.