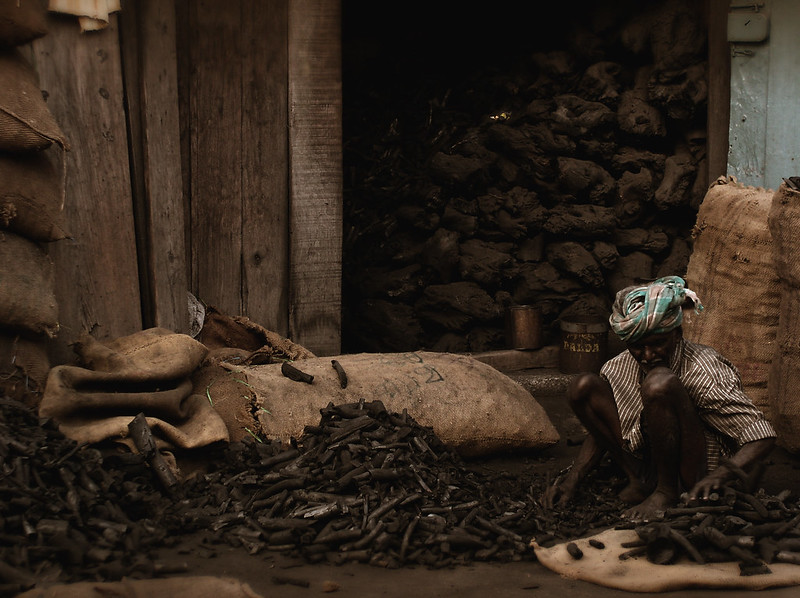 A rich and biodiverse Indian forest called Hasdeo Arand, home to indigenous communities, ancient trees, elephants and sloths, is under threat by the coal mining industry. Under a new ‘self-reliant India’ plan issued by the prime minister, Narendra Modi, that aims to boost the economy post COVID-19 and limit costly imports, 40 new coalfields in some of India’s most vulnerable forests will be opened to commercial mining.

The plan marks a shift from state-owned coal to the creation of a privatised, commercial coal sector in India. Among those supporting the plan are India’s wealthy and influential industrial giants, including the US$14 billion Adani group run by the Indian billionaire Guatam Adani, who manages India’s largest coal power plants and is well acquainted with Modi.

However, not all are on board with the new plan. The coal auction has sparked controversy at both the local and political level for its obvious environmental ramifications, namely the coalfields in India’s forest lands. More than seven coal blocks up for auction have been previously recognised as prohibited areas for mining due to their environmentally valuable status, and approximately 80% of the expected coalfields are home to indigenous communities in India who depend on the forests.

Four state governments, namely West Bengal, Maharashtra, Jharkhand and Chhattisfarh, have written to Modi in opposition or raised legal objections to the plan. One coalfield that intersects India’s Tadoba tiger reserve in Maharashtra has already been removed.

These communities have witnessed first-hand the environmental obstruction caused by open-cast coal mines. In 2011, two vast open-cast mines were dug out on the outskirts of the forest, demolishing the fragile land and polluting the surroundings with smoke, heat, noise and poison.

With this, crime became more prevalent and elephants that lived in the forest became more aggressive, due to the hostile living conditions, leading to dozens of deaths. Locals say that the prospect of more blocks of the forest being handed over to private mining operations as coalfields will destroy five villages and displace more than 6 000 indigenous people in India. Thousands of hectares of trees will also be torn down to make room for mines and roads.

With many governments across the world aiming for a ‘green recovery’ post COVID-19, there is “no good reason for any country to include coal” in recovery plans, as stated by the UN secretary general, António Guterres.

By putting fossil fuel at the forefront of its recovery strategy, India is prioritising economic opportunity over environmental sustainability and longevity.

Modi hopes for India to be the world’s largest exporter of coal, a concerning goal considering that local coal is made up of 45% ash content, making it some of the most polluting coal in the world. Additionally, as countries move away from coal, there may not be the demand for Indian coal. Besides, many major factories in India cannot run on such ‘dirty’ domestic coal, meaning that they will have to import coal from abroad.

India is the world’s second largest consumer of coal, importing 247 million tons annually and costing more than US$20 billion. However, due to the lasting impacts of COVID-19, electricity demand is forecast to fall by up to 15% over the next five years.

A report published last week by the Centre for Research on Energy and Clean Air found that the ‘current state-run coal mines of India already have capacity to produce 20% more coal than the expected demand in 2030’.

Environmental and climate activists question why India does not rely on more environmentally sustainable energy sources and invest in domestic renewable energy such as solar instead.

In August, Modi inaugurated Asia’s largest solar farm in Madhya Pradesh, which makes sense given that India is the world’s cheapest producer of solar power and the cost of constructing a new solar plant is 14% less than that of building a new coal plant. In terms of investment and sustainability, the solar industry should trump the coal industry- especially in light of a global shift to a green economy.

With correct investment, it has been estimated that the solar energy industry could generate as many as 1.6 million jobs in India by 2022- far greater than what would be generated by domestic coal.

However, India’s secretary for coal, Maddirala Nagaraju, says that the demand for coal in the foreseeable future is bound to rise and therefore insists that increased domestic coal-mining is the ‘cheapest way of meeting the energy needs of the people’.

“We are the country with the fourth largest coal reserves in the world and we need to provide energy security for over a billion people: coal is the only way,” said Nagaraju.

He acknowledged that there would be ‘costly trade-offs’ in transforming protected forest areas into mining sites, but said this action had the support of local communities who ‘want the land to be acquired because they get high compensation packages’.

He asks, “How else will we develop these Adivasi people in central India?”

Opponents to the Plan

Former environment minister, Jairan Ramesh, is among the most vocal opponents of the plan and wrote a letter to Modi condemning coal auctions.

During his time in office, in 2010, a survey was conducted on the biggest coalfields in India which found that 30% were “no-go areas” due to their biodiversity or resident tiger or elephant populations.

Since Modi’s win in 2014, that 30% of coalfields in India has been reduced to about 5%- demonstrating his lack of concern in investing in environmentally sustainable infrastructure.

Ramesh alleged this resulted from the pressure of the powerful corporate coal lobby, Adani: “Adani is behind this … He is one of the most influential forces on the government.”

“Modi poses as a great environmental champion globally but his track record is one of complete loosening of environmental laws and regulations,” Ramesh added. “The corporate lobbies are just too powerful and in the name of ease for businesses, the environment has become the biggest casualty.”

The Adani group rejected the allegations as baseless and politically motivated. A spokesperson said the company ‘has always strived to provide balanced and affordable energy supply to an energy-deprived population of 1.3 billion people whose per capita energy consumption is less than half the world’s average and almost one-tenth of many of the developed economies’.

They add, “The Adani Group has been a leading contributor to India’s vision for a balanced energy mix and an enabler of India’s leadership in meeting its Paris agreement target.”

The company says it aims to become the world’s largest renewable energy company by 2025.