How Drones Can Be Used to Bolster Conservation Efforts 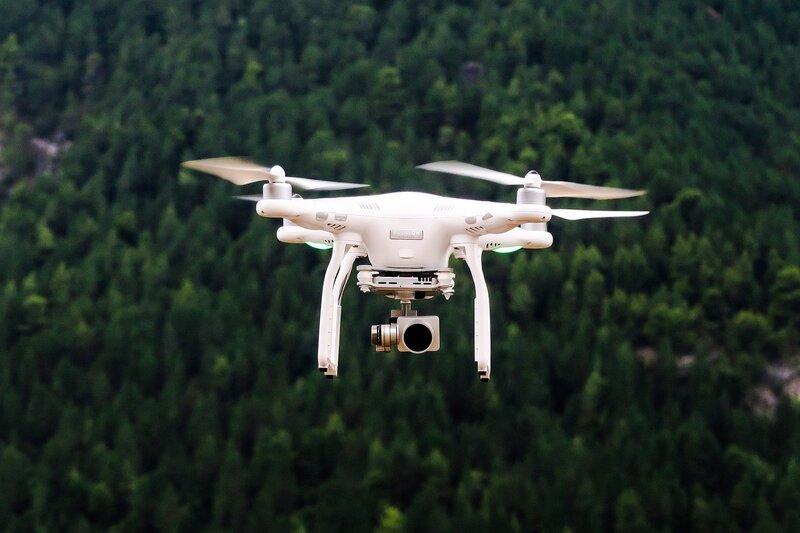 The advancement in cinematography, specifically through the use of drones, over the last few decades is particularly evident in David Attenborough’s latest documentary, A Life on Our Planet. The use of drones has given filmmakers the opportunity to capture never-before-seen images of some of the world’s most elusive animals. Similarly, drones can be used in conservation efforts. But how?

A drone, or an unmanned aerial vehicle (UAV), is a self-propelled airborne device that has no pilot onboard. Some drones are capable of autonomous flight, but most are remotely controlled from the ground. The ability to attach cameras and sensors to drones has aided in their increasing popularity amongst scientists and filmmakers alike.

The versatility of drones is seeing them be used in a variety of scientific applications. In wildlife research and management, light aircraft are traditionally used to complement ground-based surveys. However, a lack of resources and logistical complexity often inhibits scientists’ ability to rely on light aircraft. Additionally, the success of the study depends on visibility, but many protected areas are densely forested, meaning only the canopy is clearly visible from the air. Furthermore, in order to reduce visual bias and increase the accuracy of the count, a greater number of observers is required. Finally, the altitude that the planes are required to fly at in order for observers to clearly see the wildlife is often dangerously low. A study published in Wildlife Society Bulletin found that between 1937 and 2000, of the 91 job-related deaths of American wildlife workers, 66% of the deaths occurred in aviation accidents, whereby stalling of engine and crashes with power lines were the main contributing factors, both results of the need to fly at a low altitude.

Drones not only mitigate some of the dangers faced by conservationists, but they also help increase the accuracy of scientific research. A 2018 study found that census data derived from drones were “more accurate and more precise than the traditional data collection method.” The researchers believe that more accurate census data will allow conservationists to better detect population trends and have a greater confidence in the population estimates, thus allowing better management decisions to be made. A different study, which focused on counting Chinook salmon nests, found that drones were a safer and more accurate alternative to helicopters.

Drones have already been successfully used in numerous population studies.They were utilised in a study which produced the first direct estimates of the densities of shark and ray populations in coral reef ecosystems. They have also been used to determine the density and distribution of the critically endangered Sumatran orangutan, to assess the abundance of Steller sea lions in Alaska, and to track bison in Colorado. During a survey of grey whales’ foraging behaviour off the coast of Oregon, USA, drones were found to provide three times more observational capacity than traditional boat observations. Currently, in the Cape York Peninsula in Queensland, Australia, drones are assisting rangers in protecting vulnerable flatback turtles during nesting season. Drones are used to identify the species of turtle based on their tracks in the sand, calculate the number of nesting sites and monitor and record nest predation and hatching events. This information is particularly important, as little is known about population trends or conservation status of flatback turtles, but it is known that they only nest on beaches in Australia.

As many species are pushed to the brink of extinction, a rapid reaction time by conservationists to events is becoming increasingly more important. Drones have been used to manage important conservation issues happening in real-time (e.g. deforestation and wildfires) and have also been used to manage human-wildlife conflict. Drones can be used to effectively monitor habitat degradation, which is particularly useful in protected areas and along their borders, as the data allows conservationists to assess the success of their initiatives. A report in the Journal of Unmanned Vehicle Systems in 2016 found that drones offer a more accurate way of assessing the damage caused by ungulates on agricultural crops. A more precise estimation of the damage caused by wildlife will allow for more accurate compensation for farmers.

In 2017 in northern Tanzania, a unique method of mitigating conflict between elephants and farmers using drones was trialled; during crop-raiding events, wildlife managers deployed drones in an attempt to encourage the elephants to depart from the area. The wildlife managers found that in 100% of the trials, the elephants responded to the drones by rapidly departing from the area. While these trials suggest that drones have a significant part to play in management of wildlife conflict, more testing and sound regulations are required to protect both people and animals, as it is clear from the trial’s outcome that the drones disrupted the elephants’ natural behaviour.

One of the largest hindrances to the use of drones in conservation is restrictive legislation which focuses on protecting the safety and privacy of individuals. There is a need for a consensus amongst governments to adapt legislation, allowing for a distinction to be made between leisure activities and research and management. Overly restrictive and indiscriminate legislation often prevents the use of drones in anti-poaching operations, with regulations prohibiting night flights, limiting the altitude drones can reach, and often restricting the distance a drone can fly from the pilot.

As the technology improves, drones are becoming quieter and less polluting. They have the potential to evolve and replace the current, more invasive techniques of observing wildlife. While more research is needed to ensure that the trade-off between the benefits and the environmental costs is minimised, drones appear to be fast becoming an invaluable asset for conservationists and their conservation efforts.