Earth Day Facts: 5 Things to Know About Earth Day and How To Get Involved

Earth is home to nearly 7 billion people, 300,000 plant species, and about 10 million animal species. Ecosystems around the world provide precious services and resources to sustain all life on Earth, yet humanity continues to take them for granted. Our activities and climate change is threatening the planet, and we need to do everything we can to conserve and protect our home. Earth Day reminds us of the biggest environmental issues and drivers of them. Discover 5 interesting facts about Earth Day and how we can all do our part to help and support the environment.

Prior to the first Earth Day, Americans were guzzling up vast amounts of leaded petrol – the global use of which has since been eradicated – and deadly smog and polluting smoke were accepted daily occurrences. But following a series of oil spills and emerging public consciousness about air and water pollution, people are keen to take action to stop the environmental degradation. Inspired by the energetic anti-Vietnam war protest movement by students, a US Senator named Gaylord Nelson introduced a teach-in on college campuses on environmental awareness, which eventually snowballed into the global movement it is today.

Despite being celebrated almost exclusively in the US for almost 20 years, Earth Day has now become an internationally recognised day and is celebrated across more than 192 countries. Every year, 1 billion individuals across the globe are united and mobilised for the same cause – greater environmental awareness and climate action.

Senator Nelson originally picked out April 22 for the first Earth Day as it fell right between Spring Break and final exams, maximising the greatest student participation and turnout for the event. It’s been kept on the same day to encourage even more college students to join in celebrations and protests, and every year, thousands of rallies, concerts, and outdoor activities are organised worldwide.

The first edition of Earth Day kicked off the national conversation on the lack of environmental laws in the country, which led to the adoption of some of the most important and comprehensive federal laws on environmental protection. This included the Clean Air Act (1970), the Clean Water Act amendment (1972), and the 1973 Endangered Species Act. In 2016, the United Nations also chose Earth Day to sign the Paris Agreement, the world’s most important and comprehensive climate agreement for limiting global warming to below 1.5 degrees Celsius above pre-industrial levels by the end of the century.

Each edition of Earth Day has a different theme. For 2022, the movement seeks to highlight the importance of collaboration and investing our resources and energy in the race to net-zero emissions. The official website states that, “We need to act (boldly), innovate (broadly), and implement (equitably). It’s going to take all of us. All in. Businesses, governments, and citizens — everyone accounted for, and everyone accountable. A partnership for the planet.” 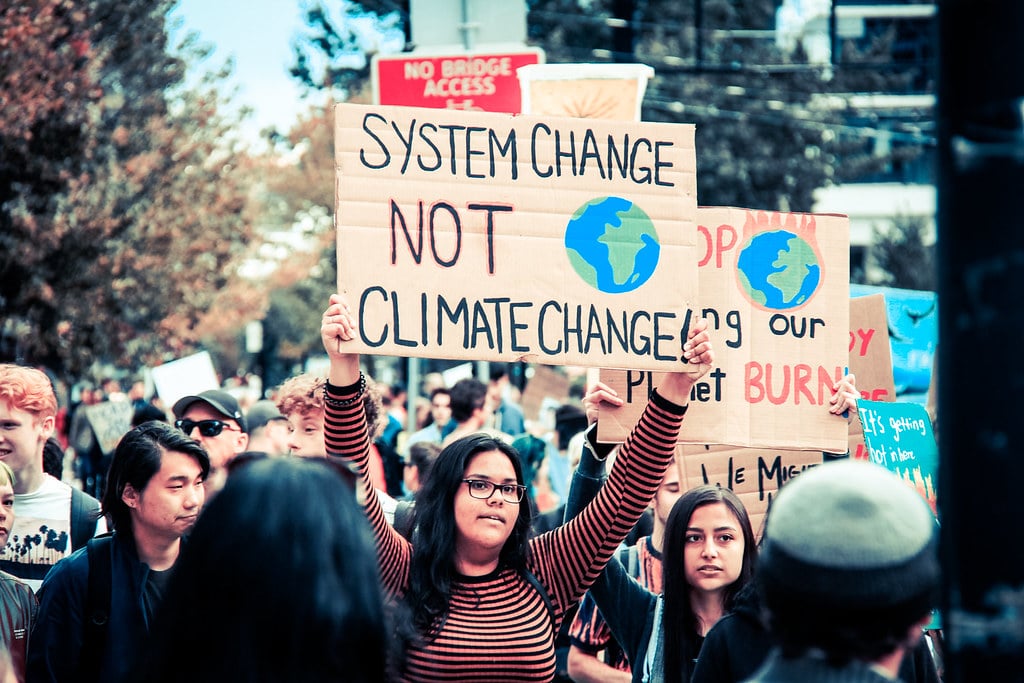 How You Can Get Involved

Climate change is undoubtedly the biggest environmental issue we face today, and we are running out of time to combat it. The latest reports published by the Intergovernmental Panel on Climate Change warn that global temperatures will very likely rise 1.5°C above pre-industrial levels by 2040, and it’s “now or never” to limit global warming. Despite the progress on climate pledges, it is clearly not enough. But we have all the tools and options to drastically reduce greenhouse gas emissions.

Public pressure and civil society mobilisation are the greatest tool in global shed to drive institutional and systemic changes. Hold politicians, governments and companies across sectors accountable for their actions – target organisations and businesses that are linked to fossil fuel industries, deforestation, and harmful activities to the environment that could lead to the loss of habitats and biodiversity. Whether it is the fast fashion industry that is generating millions tonnes of textile waste and wastewater, or the companies that neglect plastic pollution, you can use your voice and make a difference. From local petitions and advocacy to large-scale boycotts and protests, there’s no action too small.

We can achieve a sustainable future for us with our combined efforts, if every individual in the world make changes to their lifestyles. You can make it a habit to join in community reforestation efforts or beach cleanups. On the individual level, simple switches to plant-based diets (or at least reduce meat consumption) can alleviate significant stress on deforestation and emissions in the agricultural sector; eliminating single-use plastics and replace them with reusable and recyclable materials; giving up fast fashion in support of sustainable fashion; opting for public transportation and low-emission means of transport such as biking and electric cars can all go a long way. Don’t forget, daily acts of composting and recycling are not to be underestimated in reducing your carbon footprint.