The Economic Benefits of Preserving 30% of Nature 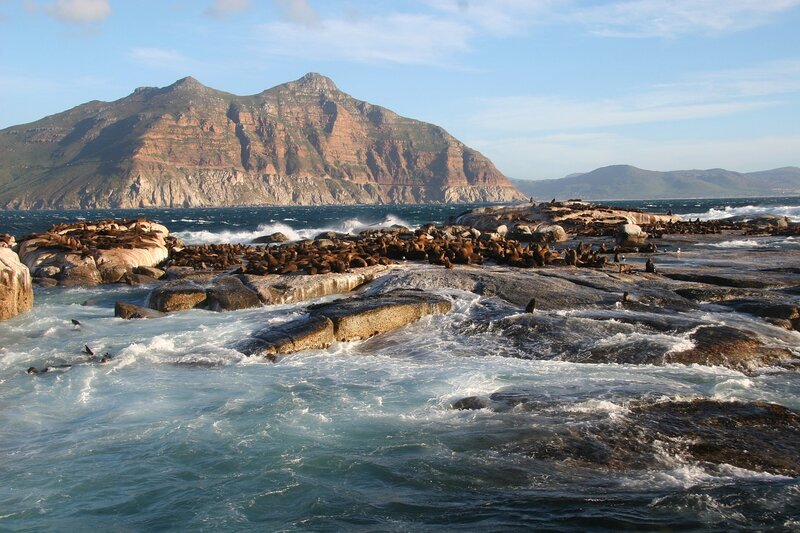 According to a new study commissioned by the Campaign for Nature charity, increasing protection for and preserving up to at least 30% of the planet’s land and oceans would bring economic and non-monetary benefits that outweigh the costs 5-to-1. Currently, only about 15% of the world’s land and 7% of the ocean have some level of protection. Additional protections, with investments up until 2030, are predicted to lead to an average increase of $250 billion in economic output and $350 billion in improved ecosystem services annually when compared to the present day.

Ecosystems around the world are facing total collapse, with a million species threatened with extinction. However, according to the report, an estimated investment of $140 billion per year up to 2030 to place 30% of the earth’s land and sea under protection may help avoid this mass extinction and restore important habitats while also bringing in additional benefits across multiple sectors, including agriculture, fisheries, forestry and the nature conservation sector. The nature conservation sector is reported to be one of the fastest growing sectors and is predicted to grow at 4-6% per year as compared to less than 1% for the agriculture, fisheries and forestry industry.

The natural environment plays an extremely important role in supporting economic activity, both directly, by providing resources and raw materials required as inputs for production of goods and services, and indirectly, through services that are provided by our ecosystem such as water purification, flood risk management, coastal protection and nutrient cycling. Therefore, it is critical to secure natural resources for economic growth and development, not only for today but for future generations to come.

Economic growth requires the combination of different types of capital to produce goods and services, including produced capital, human capital, natural capital and social capital. Unlike the others, natural capital, such as water, land, and fossil fuels, has non-renewable and finite elements with thresholds beyond which dramatic changes may occur, which may be irreversible. Therefore, since natural capital plays a substantial role in producing economic growth, it needs to be used sustainably and efficiently to ensure growth in the long run.

Ecosystem services also play an important role in tackling global warming. While they are a part of the solution to the climate crisis, they are also affected by it. Well-managed ecosystems help societies adapt to climate hazards and changes by providing a range of services, including climate regulation, that reduce vulnerability to climate variations in agriculture and cities at a regional and continental scale, as well as protection of coastal areas and watersheds. However, there will be a gradual negative impact on these services due to the changes in temperature and other threats such as pollution, over-exploitation of resources etc. This means that there would be a need for investment into man-made provision of these services that are already being provided by nature. By preserving ecosystems, this future cost can be avoided. For example, the effects of climate change can be devastating to vulnerable coastal areas and increased sea level would contribute to flooding and coastal erosion. To combat this, coastal protection structures would have to be put in place, the cost of which could come up to £39 billion, depending on the type of structure. These would include costs of design, construction, operation and maintenance, monitoring and replacement.

Furthermore, the investment into preserving more of nature is much lower in comparison to the economic benefits it would bring and to the financial support that is given to other sectors. According to Enric Sala, co-author of the report, investing in protecting nature would represent only 0.16% of global GDP and would actually be less than one third of the amount the government already spends on subsidising activities that play an active role in destroying nature. In 2015, global fossil fuel subsidies were as high as $4.7 trillion, 6.3% of the global GDP.

Preserving nature also benefits mental and physical health. Not only does the natural environment provide capital for production of goods and services, exposure to nature also boosts human mental health and wellbeing. Poor mental health imposes major costs on economies, caused by poorer efficiency and productivity at the workplace. A study estimates that the global economic value of national parks based on the mental health of its visitors, may be up to $6 trillion annually.

Furthermore, protecting nature reduces the risk of new zoonotic disease outbreaks such as COVID-19, which, as predicted by the June 2020 Global Economic Prospects, will cause a 5.2% contraction in the global GDP in 2020. Experts have suggested that the rise of zoonotic diseases can be blamed on high demand for animal protein, unsustainable agricultural practices, exploitation of wildlife and the climate crisis, which has changed the way that animals and humans interact with each other. As said by the UNEP Executive Director Inger Anderson, pandemics have a devastating effect on human lives and economies and to prevent future outbreaks, we must increase our efforts in protecting the natural environment.

While there would be a short-term cost of $140 billion annually by 2030, it would avoid depletion of natural resources and ecosystem services, both of which directly and indirectly aid economic growth. Nature preservation and exposure has a positive impact on mental health, which in turn would boost efficiency, as well as physical health, by reducing the risk of zoonotic diseases, such as COVID-19.