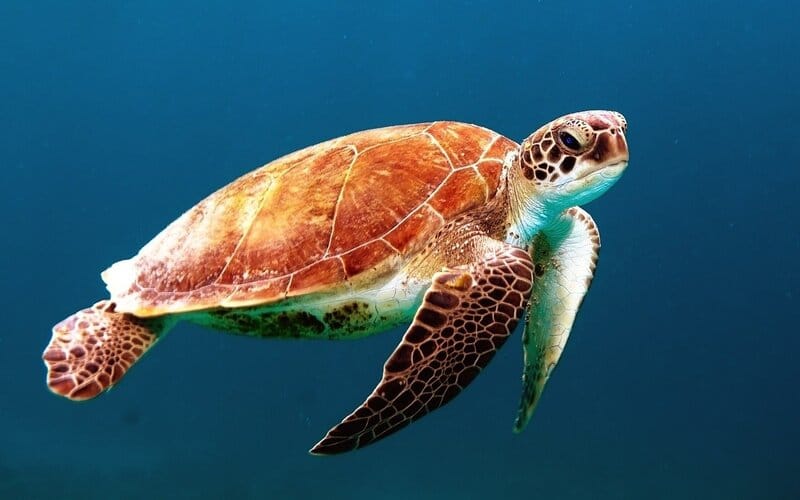 Marine species are especially vulnerable to climate change, threatened by a multitude of issues, including warming temperatures and human activities. In the runup to World Oceans Day on June 8, here are 13 endangered marine species.

Bluefin tuna populations have declined significantly over the past few decades from overfishing and illegal fishing, affecting the Atlantic, Pacific and Southern bluefin species. Population declines have also largely been driven by the demand for this fish in high end sushi markets- a single fish has sold for over USD$1.75 million! In addition, loss of prey has contributed to population declines.

According to Oceana, the International Commission for the Conservation of Atlantic Tunas (ICCAT) estimates that as few as 25 000 individual mature bluefin tuna remain.

These whales have dorsal humps instead of fins and are distinguishable by their moans, growls, knocks and other distinctive vocalisations. Centuries of overfishing have left one whale population extinct (North Atlantic) and one critically endangered (Western North Pacific). Thankfully,  fishing restrictions have allowed the third population, in the Eastern North Pacific, to rebound to the point that it was removed from the U.S. Endangered Species List in 1994.

Hailing from the waters off the shore of the Baja Peninsula in Mexico, the vaquita is the world’s smallest and critically endangered cetacean. The rare mammal is on the brink of extinction after only 50 years of its first sighting.

The vaquita is threatened by the extensive use of gill-netting for fishing, causing populations to drop by as much as 15% per year. The WWF predicts that there are about 10 left in the world.

These friendly giants are threatened by coastal development, loss of habitat and food (seagrass) and water pollution.

The Persian Gulf has the second-largest dugong population in the world, inhabiting most of the southern coast, and the current population is believed to range from 5 800 to 7 300.

Coral reefs are an important part of the ocean’s ecosystem, providing habitat and protection for other sea creatures. They are extremely vulnerable to rising temperatures- warmer waters cause ocean acidification which causes corals to bleach. They are also vulnerable to bottom trawling, coastal development and other human activities, like physically breaking off corals.

Manatees are threatened by toxic algae caused by human pollution, loss of habitat and boating collisions. Today, the range-wide population is estimated to be at least 13 000 manatees, with more than 6 500 in the southeastern US and Puerto Rico.

This critically endangered crocodilian is easily recognisable thanks to their elongated, narrow snouts. Once found from Pakistan to Myanmar, they are now only found in India and Nepal. Gharials are threatened by hunting and changes to habitats (like man-made dams).

This endangered marine mammal is one of the two remaining in this species- monk seal- along with the Mediterranean monk seal, while the third species from this family, the Caribbean monk seal, has gone extinct.

These seals are threatened by commercial hunting for meat, oil and skin, attack from predators including tiger sharks, marine debris and entanglement in fishing nets. According to the National Oceanic and Atmospheric Administration, there are only around 1 400 Hawaiian Monk Seals left in the world.

Found off the coast of New Zealand, Hector’s Dolphins are the smallest dolphins in the world. Mostly found around the South Island, the world’s rarest dolphins’ features include black markings on the face, stocky bodies and white throat and belly.

Unfortunately, their population has seen significant declines due to trawl fisheries and gillnet fishing. There are around 10 000 Hector’s Dolphins left. The other subspecies of Hector’s Dolphin, the Maui Dolphin, is critically endangered, with an estimated 55 individuals left.

This critically endangered marine species is found in lakes and rivers, particularly the Yangtze, in southeast and eastern Asia.

They are threatened by illegal fishing and habitat degradation. After years of rapid decline, the latest census shows that the population of the finless porpoise has remained almost stable in recent years – dropping very slightly to 1 012 individuals from 1 040 in 2012.

Found in the tropical regions of all the world’s oceans, gulfs and seas, mostly in coral reefs, the Hawksbill Turtle’s population is estimated to have declined by 80% over the last century. The turtles are heavily trafficked for their colourful shells and eggs, even though the harvesting of eggs is banned. They are also threatened by the degradation of coral reef species on which they feed.

One of the largest sea turtles, Green Sea Turtle is a herbivore and can be found in the tropical and subtropical seas. They are threatened by wildlife trafficking, as well as the loss of beaches and careless fishing.

This list of endangered marine species should serve as a wake up call that our activities are causing the demise of species around the world. Governments need to intervene immediately and regulate fishing more strictly, and set up more marine protected areas.