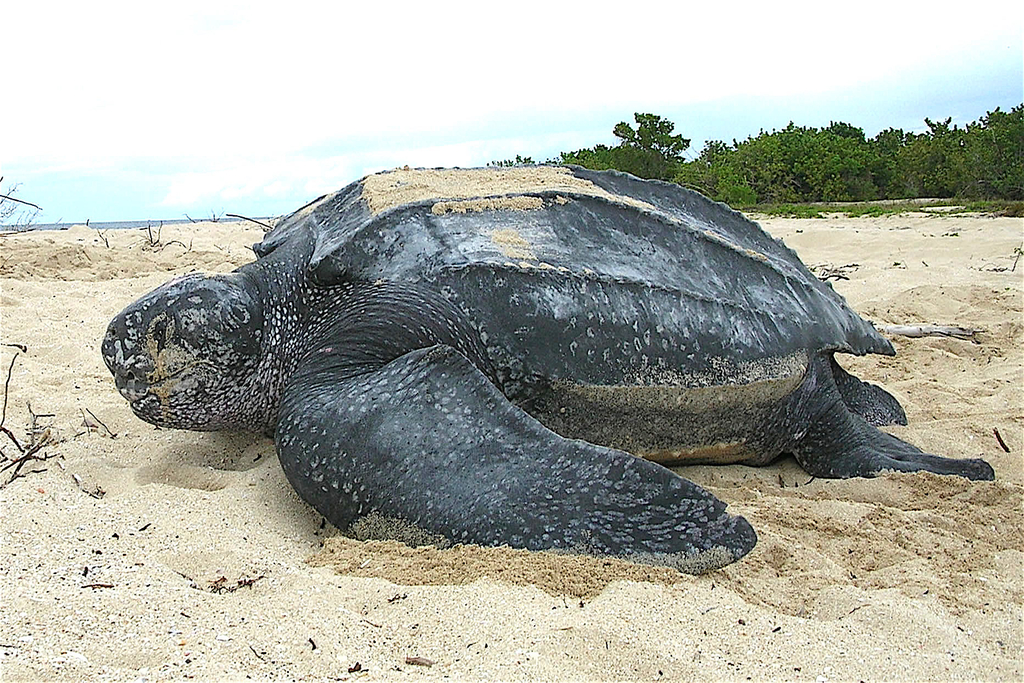 Marine researchers in Florida say that COVID-19 restrictions that have kept humans and harmful waste off beaches are benefiting the numbers of endangered leatherback sea turtles in the state.

The summer nesting season is barely two weeks old, but staff from the Loggerhead MarineLife Center in Juno Beach have already found and marked 76 nests of the world’s largest species of sea turtle on the nine and half mile stretch they monitor, a ‘significant’ increase from the same stage last year. This increase is raising hopes of a bountiful nesting season for leatherbacks.

The center says, “Our world has changed, but these turtles have been doing this for millions of years and it’s just reassuring and gives us hope that the world is still going on.”

The Sea Turtle Conservancy says that the pandemic is advantageous to turtles in several ways. The chances that turtles will be inadvertently struck and killed is lower and the reduced human presence on beaches will mean less garbage and other plastic entering marine environments; ingestion and entanglement in plastic and marine debris are leading causes of injury to sea turtles.

During the 2019 nesting season, almost 400 000 sea turtle nests were recorded along Florida’s coastline. MarineLife center research shows that only about one in every 1 000 hatchlings survive and fatalities on popular tourist beaches are higher.

The state’s stay-at-home restrictions in other areas are also benefiting other marine species. Preliminary data shows that matinee mortalities caused by watercraft strikes are down 9% on the previous year’s average.