Blue Whales are Making a Comeback in the Atlantic 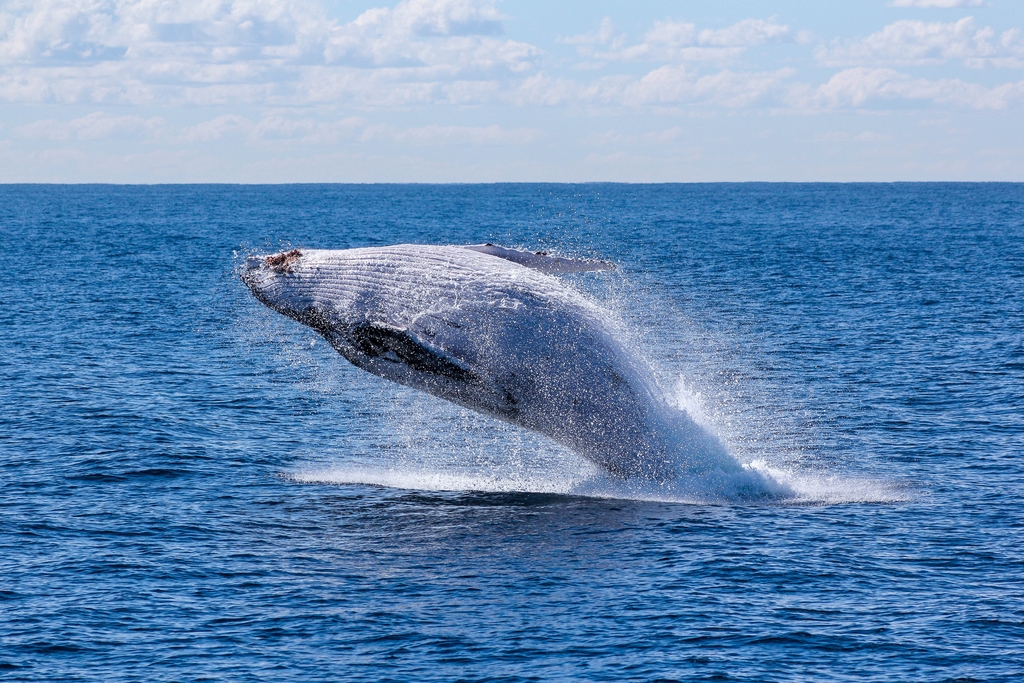 Scientists have discovered large numbers of blue whales in the Atlantic Ocean near the sub-Antarctic island of South Georgia after years of exploitation, suggesting that decades of conservation efforts are paying off.

The 21-day survey counted 55 animals, which was described by one cetacean specialist as ‘truly, truly amazing’. The research team, led by the British Antarctic Survey (BAS), has shown that conservation efforts to protect endangered species, including the blue whale, as well as humpbacks and other whales in the southern hemisphere, are succeeding. Other collaborators involved in the project include the University of Auckland, the Darwin Plus programme, the South Georgia Heritage Trust and the Friends of South Georgia Island.

Why are Blue Whales Endangered?

The Antarctic blue whale, the largest animal on Earth, has been designated as critically endangered by the International Union for Conservation of Nature (IUCN) Red List. By some estimates, their population was reduced by as much as 97% in the 19th to early 20th century. According to the BAS, when Norwegian explorer and whaler Carl Larsen first visited South Georgia Island, he was so impressed by the amount of whales congregating there that he immediately opened a whaling station on the island. Others followed suit, and South Georgia became a key whaling location, with various whale species being hunted to the brink of extinction. Subsequently, the blue whale had all but disappeared from the Southern Ocean, and sightings have been exceptionally rare since.

After the ban on hunting blue whales was introduced in 1967, coupled with the International Whaling Commission’s (IWC) moratorium on commercial whaling in 1986, the blue whale population has started to bounce back. In the 2018 survey, Antarctic blue whales were only sighted once, though in the 2020 survey, they were sighted 36 times, both visually and acoustically through radar. Scientists were even able to study the health conditions of various whales by collecting breath and skin samples. Project leader and Whale Ecologist at BAS, Dr Jennifer Jackson, commented, “we are thrilled to see so many whales visiting South Georgia to feed again…it is clear that protection from whaling has worked, with humpback whales now seen at densities similar to those a century earlier, when whaling first began in South Georgia.”

How Many Blue Whales Are Left in the World?

In addition to blue whales, the team recorded 790 humpback whales during the survey period, and estimated that there are now more than 20 000 of them feeding off the island seasonally.

Despite this achievement, Japan, which has a history of whaling, withdrew from the IWC in July 2019, after unsuccessfully trying to convince the organisation to allow whaling with sustainable quotas. As a result, Japan is once again conducting commercial whaling within its waters and Exclusive Economic Zone.

South Georgia waters remain an important summer feeding ground for a number of different species, as the area is situated in a highly bio-productive zone. The territory is supported by an abundance of krill- tiny crustaceans which are considered a keystone species in the Southern Ocean ecosystem- drifting up from strong currents. This is especially significant for whales, as krill makes up a large part of their diet. Although some might wonder whether the return of whales around South Georgia is a result of an uptick in krill, Dr Jackson refutes this.

“The preliminary data does not suggest it has been a particularly unusual krill year. Not this year, nor last year. It seems quite normal,” she states. “So, I think this is positive. We know that 100 years ago, South Georgia was a good place for blue whales and now, after decades of protection, it seems the territory’s waters are a good place for them once again,” she told BBC News.

This remains to be seen, but it is highly suggested that when the next assessment is released, most likely at the end of 2021, it could show a further increase in the number of Antarctic blue whales.

With the comeback of the whale, this could be an inspiration for environmental campaigns that still have progress to make. As the blue whale is classified as a ‘charismatic megafauna’ (also known as a ‘flagship species’), defined as a particular animal with symbolic value or widespread popular appeal, they are often used by environmental activists to promote their campaigns. This category also includes animals such as pandas, elephants and polar bears. Since these animals tend to be well-liked, donations flow more readily to support conservation efforts for them.

Whilst there have been criticisms regarding this strategy, with some experts citing that animals with less attractive features often get ignored despite their importance, the return of Earth’s largest animal is still something to be celebrated. More importantly, it showcases the significance of conservation efforts and the positive changes that can arise. The international policies and collective efforts of the private sector that have contributed to this achievement must continue to be upheld to avoid a short-lived victory. Those countries that do not abide by these treaties and policies should be named and shamed and penalised to encourage them to shift their mindsets.