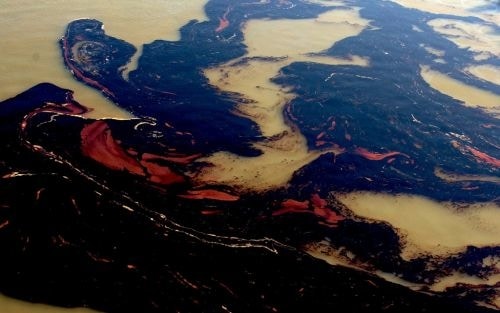 Environmental crimes are often committed by large international corporations, such as BP or Shell, who more often than not have leverage within governments and global political organisations through lobbying parliamentary, international and regulatory bodies to ensure that any laws that are passed are, to an extent, in their favour, therefore allowing them to continue harmful environmental practices.

The main infliction of human rights through environmental crime is the right to a safe living environment, access to clean water and food sources. Often, it is those in developing nations who suffer most and, through their government’s need for money and the persuasive nature of capitalist and money hungry corporations, feel the harsh impacts of pollution through, for example, oil spills and deforestation and the consequential domino effect as pollution engulfs ecosystems. In addition, the economic inequalities already affecting developing nations are further exacerbated as corporate environmental crime is uncovered.

Corporate environmental crime often goes under the radar as many of these acts are only morally wrong and may not constitute a crime, making it difficult to police. For example, a corporate body can transport oil from its place of origin to its destination which may result in a significant oil spill during its journey, thus damaging the food chain and wildlife, having far reaching consequences for both non-human and human species. However, it is incredibly rare that such acts result in criminal sanctions being brought and, more often than not, results only in financial sanctions for those involved. According to the United States Environmental Protection Agency (EPA), only civil actions were brought against BP, which ended in a settlement in excess of $14 billion.

In April 2010 the Deepwater Horizon, an offshore oil rig, exploded, killing 11 people and releasing an estimated 4.9 million barrels of oil into the ocean. This explosion resulted in obvious consequences to the environment and local industries, such as fishing and tourism. Plants and animals were completely covered in oil and marine wildlife was found dead on local beaches and coastal areas. Fish stocks were significantly lowered, affecting the livelihoods of local people. Although the Deepwater Horizon explosion was one of the largest the US had seen, it is thought that the warmer waters aided a natural healing process by breaking down the oil in the water.

BP reportedly worked with the US Government and other state-corporate actors to conceal the amount of environmental harms consequential to the explosion of Deepwater Horizon. It has been reported that actually, 134 million gallons of oil leaked into the ocean, damaging what was a diverse and rich habitat for many marine animals. In addition, during the clean up operation, a chemical known as Corexit was released in an attempt to disperse the oil spill however, this was not done until some time after the initial explosion, something which BP has been heavily criticised for. For months after the explosion, it is estimated that oil continued to contaminate the ocean floor and it is not clear whether contamination is still continuing a decade after the initial event. The effect on the food chain was devastating, with heavily concentrated populations of plankton affected, thus, also contaminating whales and other marine life which rely on plankton as a source of food. This also affected local communities who used the Gulf of Mexico as not only a tourist hotspot but as an integral part of their source of food. Therefore, it is impossible to estimate the likely deaths and/or illnesses caused as a result of the contamination.

It has also been estimated that immediately after the spill, an estimated 1 300 miles of coastline recorded higher than usual oil concentrations, an effect which continued to show almost eight years after the event. Research is still ongoing into the effects of the oil spill and how much of the biodiversity found here has been affected, but it is estimated that it could take decades for much of the wildlife to recover.

The argument remains as to whether this could constitute a state-corporate orchestrated crime against the environment being committed.

Environmental crime is, technically, an illegal act committed by a person or organisation which incurs ‘significant harm or risk to the environment and human health’. However, the problem with policing environmental crimes is that, although they have the potential to cause significant harm and damage to life, it provides high profit margins and low risk for those involved, meaning the acts go relatively undetected and, therefore, tough to police. The European Commission has attempted to tackle environmental crime and have gone as far as to propose a directive to ensure the protection of the environment through criminal law in 2008, but it is up to each individual member state to adopt the directive into their own domestic legislation.

Unfortunately, until criminal sanctions are imposed upon the perpetrators of environmental crime, it is a problem which is very much alive. Many perpetrators of such acts receive fines which would not cause corporations significant financial harm. Therefore, there is much more progress to be made in the war against environmental crime to ensure a cleaner, greener and safer planet for future generations.