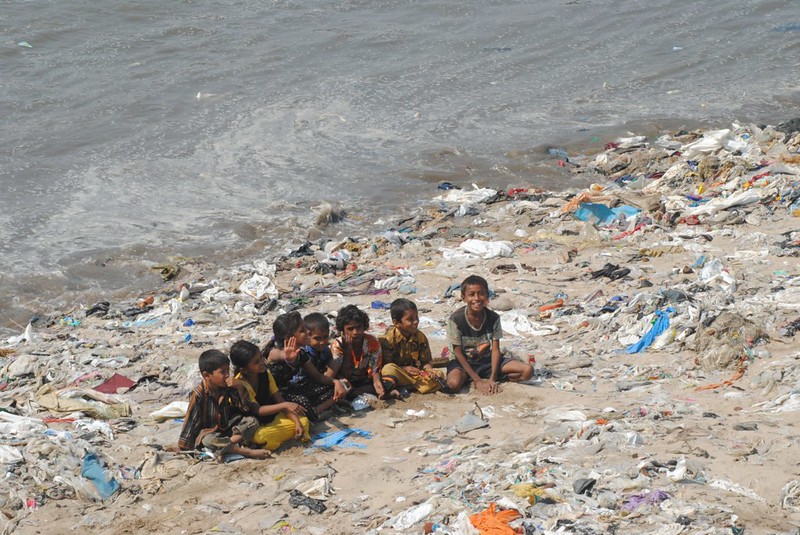 The scientists who re-engineered PETase, an enzyme which has evolved to break down plastic, have now created an enzyme ‘cocktail’ which can digest plastic up to six times faster than previously possible. By combining PETase with a second enzyme called MHETase, they were able to break down PET, a common thermoplastic which takes centuries to biodegrade, in just days.

Since it was first patented in the 1940s, PET (polyethylene terephthalate) has been used in the production of billions of plastic bottles and synthetic fabrics across the globe. Many of these products, once discarded, have ended up in the Earth’s ecosystems, polluting landscapes and waterways and threatening wildlife.

The global appetite for plastic is only increasing. At present, over 300 million tonnes are manufactured each year, 50% of which are single-use. And, as about 90% of this is not recycled, the need to transform the way it is produced and to protect the living world is becoming ever-more urgent.

PET bottles – among the most archetypal forms of plastic waste – are usually not fully recycled, but rather melted and remoulded into harder plastics. But the recently-created two-enzyme ‘cocktail’, which strips PET plastics down to their original structure, could enable them to be recycled infinitely. This has the potential to limit the amount of plastic that is manufactured and discarded, while also reducing our reliance on the fossil fuels used in its production.

Enzymes are produced by all living things to catalyse and regulate chemical reactions, such as digestion. Those with the ability to digest plastic were first discovered in 2016, when scientists from the University of Kyoto identified a microbe at a bottle-recycling facility which secreted two enzymes (PETase and MHETase) in order to break down plastic and use it as a primary source of energy and carbon. The microbe, named Ideonella sakaiensis, has evolved this behaviour in response to an environment rich in PET. Thus, it seems that, over the last few decades, nature has been developing a strategy for dealing with our increasingly prevalent plastic litter.

This discovery provided the basis for a second study in 2018, when Professor John McGeehan, Director of the Centre for Enzyme Innovation (CEI) at the University of Portsmouth, and Dr Gregg Beckham, Senior Research Fellow at the National Renewable Energy Laboratory (NREL) in the US, re-engineered the enzyme PETase and found that its activity could be accelerated by 20%. This was the first intimation that the global plastic problem could be solved by the industrial application of specialised enzymes. Then, earlier this year, the same scientists observed that mixing PETase with MHETase doubled the rate of PET disintegration, while physically connecting them further tripled this rate.

Professor McGeehan said: “Gregg and I were chatting about how PETase attacks the surface of the plastics and MHETase chops things up further, so it seemed natural to see if we could use them together, mimicking what happens in nature.

“Our first experiments showed that they did indeed work better together, so we decided to try to physically link them, like two Pac-men joined by a piece of string.

“It took a great deal of work on both sides of the Atlantic, but it was worth the effort – we were delighted to see that our new chimeric enzyme is up to three times faster than the naturally evolved separate enzymes, opening new avenues for further improvements.”

Indeed, while the speed at which the re-engineered PETase acts alone is not fast enough to make it a commercially viable solution, it seems that the PETase-MHETase ‘super- enzyme’ could hold the key to solving the problem of plastic pollution by being able to break it down quicker. The question is: how soon can it be harnessed on a large scale and applied to the ubiquitous piles of plastic that plague the planet?