The EU Climate Law: Europe’s Man on the Moon Moment? 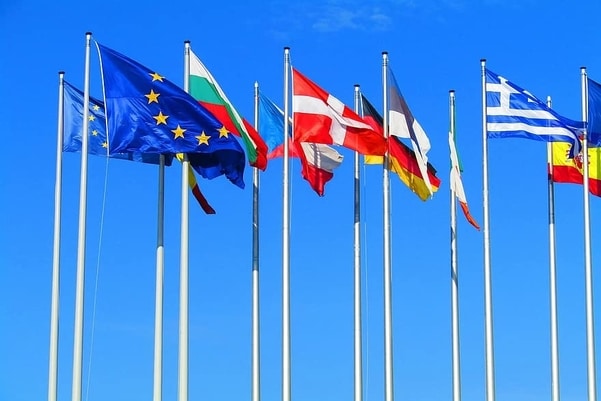 In March, the European Commission published its proposal for a European Climate Law, the cornerstone of its European Green Deal agenda. The Climate Law proposal, if passed in its current form, will create on the EU as a whole a legally binding target of being climate neutral, or net-zero, by 2050.

What is the EU Climate Law proposal?

The proposal, as part of the European Green Deal, has been hailed by the EU itself as Europe’s man on the moon moment. However, climate activist Greta Thunberg has labeled the proposal as a ‘surrender’ and as ‘empty words’ because reaching net-zero by 2050 is viewed by leading climate scientists as being too little, too late.

The current climate and energy goals of the EU are set out in a non-binding framework dated 2014: the EU aims to cut at least 40% of its greenhouse gas emissions from 1990 levels, to have at least 32% renewable energy in its overall energy mix and to have a 32.5% improvement in energy efficiency by 2030.

The climate-neutrality target laid out in the new law was initially endorsed by the European Parliament in 2019 after new climate models had made it clear that the then current climate trajectory would only lead to around a 60% reduction by 2050 compared to 1990 levels.

The overall objective of the law is set out in article 2(1), which states that “Union-wide emissions and removals of greenhouse gases regulated in Union law shall be balanced at the latest by 2050, thus reducing emissions to net-zero by that date.” Article 2(2) imposes obligations on the Union and its member states collectively and individually to take the necessary measures to facilitate this. Union-wide in this context means that the objective is for the EU as a whole to reach net-zero. Therefore some member states will have to go beyond net-zero and achieve negative emissions, while other member states will need more time to adjust their economies.

Article 3 empowers the Commission, starting from 2030, to set a trajectory detailing how the climate-neutrality objective is to be reached, taking into account, among other things, cost-effectiveness and competitiveness, the best available technology, fairness and solidarity, energy efficiency and energy security, in addition to the best and most recent research in the field, with the Intergovernmental Panel on Climate Change (IPCC) being highlighted in the draft text. The trajectory will be set out and updated through delegated acts, but whether or not these will be legally binding or directly enforceable is clear neither from the Commission’s explanatory memorandum nor the draft law.

Assessment of Progress and Measures – Articles 5 and 6

The EU Climate Law proposal includes direct overlaps, references and allusions to international environmental treaties, in particular, the Paris Agreement and the Aarhus Convention, the latter of which affords everyone the right to receive environmental information that is held by public authorities.

Criticisms of the EU Climate Law

The only substantive binding target or obligation contained in the draft regulation is the climate-neutrality objective. There are no individual targets imposed on the member states that need an extra push, nor does the commission appear to be empowered to take the necessary measures to enforce the collective objective or its trajectory in an efficient way.

The main shortcoming under this heading concerns the obligation under article 2(3) to explore options for a new 2030 target of 50 to 55% emission reductions compared to 1990. The commission is scheduled to present an impact assessment of the feasibility of doing this in a responsible way this summer. The fact that the legal text includes the obligation to consider the impact assessment and to revise the plan later makes it all seem quite rushed. In order to give the new law maximum impact the ambitiously revised 2030 targets should have been included in the draft law and should have been made legally binding.

If the commission wanted its level of ambition to be in line with the marketing of the draft law, the proposal could have included an ambitious and legally binding 2030 target, concrete sectoral transformation and reduction targets, and concrete and ambitious targets on individual member states. Some of these ideas have already been endorsed by a group of climate and environmental ministers from 12 member states in a letter to the commission.

Two main enforcement mechanisms are available to the commission under the draft law. First, there is public naming and shaming, primarily through the public reports and recommendations mandated by articles 5 and 6. The fact that the reports and recommendations of the Commission regarding the consistency and progress of the measures and plans of the individual member states towards achieving the neutrality objective are to be made public could, and ideally will push the member states into compliance. However, certain member states have a track record of not incorporating and enforcing EU environmental law and appear to be unperturbed by pressure from the commission or national green movements. Because of this, there is a question mark over the effectiveness of the naming and shaming procedure, particularly for member states with an existing habit of non-compliance with environmental obligations.

The most powerful tool at the commission’s disposal, and its last resort, is to launch infringement proceedings against a member state before the Court of Justice of the EU. This procedure is legalistic and consists of a number of time-consuming procedural steps that, combined with the workloads of the commission and of the court, result in the average infringement case lasting 38 months from the date the first official reasoned opinion is sent to a member state to the date the court makes a ruling.

Taking into account the limited time from 2030, when the obligations will come into force, to 2050 and the massive societal, economic, industrial, political and economic changes all member states need to implement to be anywhere near reaching EU-wide net-zero within the deadline, 38 months for each infringement is excessive and ineffective. This is especially so when the follow-up proceedings to impose financial penalties are taken into account. Furthermore, the court may only impose financial penalties and has no other enforcement powers to ensure compliance. This underlines the limits of the EU’s constitutional framework to ensure enforcement of its laws rather than a flaw in the draft law, but it is nonetheless a clear danger to its potential success.

The third shortcoming of the draft law is the lack of independent scientific oversight of the climate-neutrality trajectory formulated in article 3. Article 3(3)(j) obliges the commission to consider “the best available and most recent scientific evidence, including the latest reports of the IPCC.” However, ‘considering’ is not the same as ‘following’ and this formulation is merely an obligation to take a look at the latest science. The trajectory is ultimately a political decision and therefore subject to the respective veto powers of the European Parliament and the council.

This is a serious shortcoming because the setting of the trajectory will be subject to the veto of the council, where climate change-denying member states are represented, and subject to the politics of the commission. This renders the law a highly politicised instrument and most likely an ineffective one.

Practical alternatives could include creating an independent scientific body that proposes the trajectory based on its expert opinion and then leaves it to the commission and the council to publicly justify any alterations. The commission could follow the advisory structures that already exist in the EU, for instance, the scientific committees established under Commission Decision 2008/721/EC or the High-Level Group of Scientific Advisors. This could depoliticise the trajectory as a concept, increase transparency and ensure accountability for unambitious decisions and choices. Leading researchers in the field, such as Nils Meyer-Ohlendorf of the Ecologic Institute, have called the lack of an independent scientific body a missed opportunity as “Independent scientific bodies support consistency between climate long-term goals and short-term action. They enhance the role of science, and help build the necessary political will to decarbonise economies.”

The European Climate Law is a great step in the right direction but it falls short of the level of ambition the EU is capable of achieving. In its current form, the law is more like Apollo 5 than the moonwalk: in orbit but far from the moon.