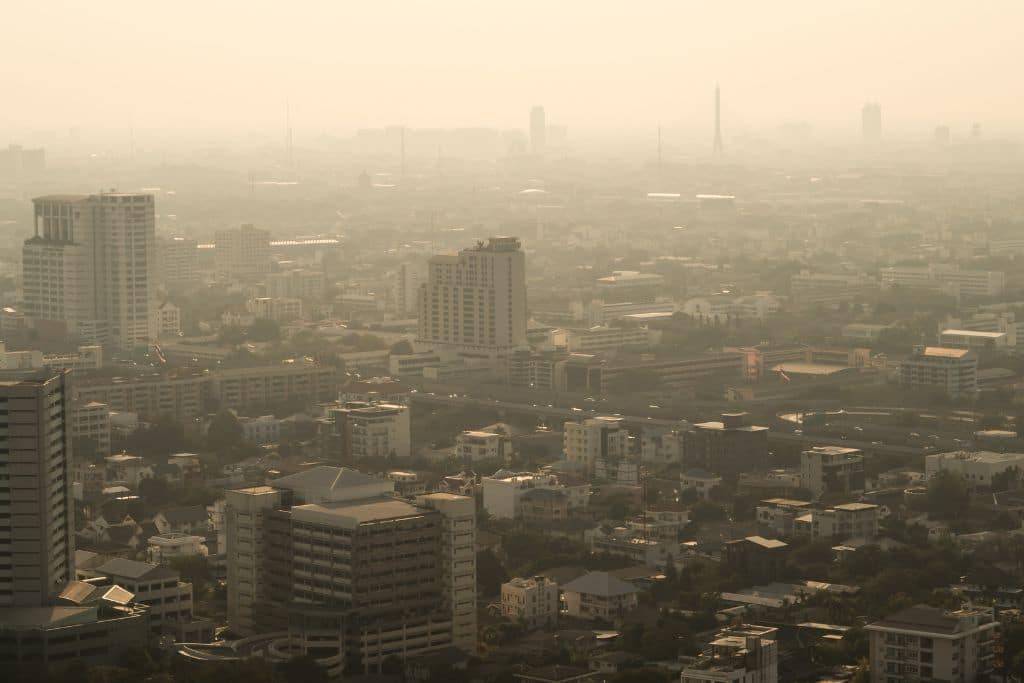 Researchers from the Research Institute of the McGill University Health Centre (RI-MUHC), Canada discovered that even low air pollution levels can be linked to reduced lung function and chronic obstructive pulmonary disease. Large proportion of the Canadian population is particularly vulnerable to air pollutants, the study reveals.

Air pollution is a major threat to global environmental health and one of the leading causes of death worldwide. According to the Lancet commission on pollution and health report, air pollution caused nearly seven million deaths worldwide in 2019.

Recently, a research published in the American Journal of Respiratory and Critical Care Medicine revealed that even exposure to low levels of air pollution can be associated with poor lung function and chronic obstructive pulmonary disease (COPD). Researchers measured the amount of fine particulate matter and nitrogen dioxide that 1,500 people were exposed to according to where they resided. They monitored their lung function with CT scans and spirometry tests – a simple test that measures how much air can be expressed in one forced breath over the course of three years.

“This is among the few studies that have looked into the relationship between air pollution and adult lung health in low-pollution areas like Canada,” said Dr Jean Bourbeau of McGill University, a senior scientist in the Translational Research in Respiratory Diseases Program (RESP) at the RI-MUHC, and lead author of the paper.

Researchers also found that some people with smaller airways are more likely to have poor lung function and COPD than those with larger airways.

“Our findings suggest that a considerable number of the Canadian population is highly susceptible to air pollutants,” said co-author Dr Benjamin Smith, a scientist in the Translational Research in Respiratory Diseases Program (RESP) at the RI-MUHC and an Associate Professor in the Department of Medicine at McGill University, adding that in cases of small increases in air pollution, there was lower lung function.

A related study from Harvard T.H. Chan School of Public Health conducted in 2021 similarly revealed that long-term exposure to low levels of air pollution – even levels lower than the national standard – can increase the risk of many cardiac and respiratory illnesses in elderly adults.