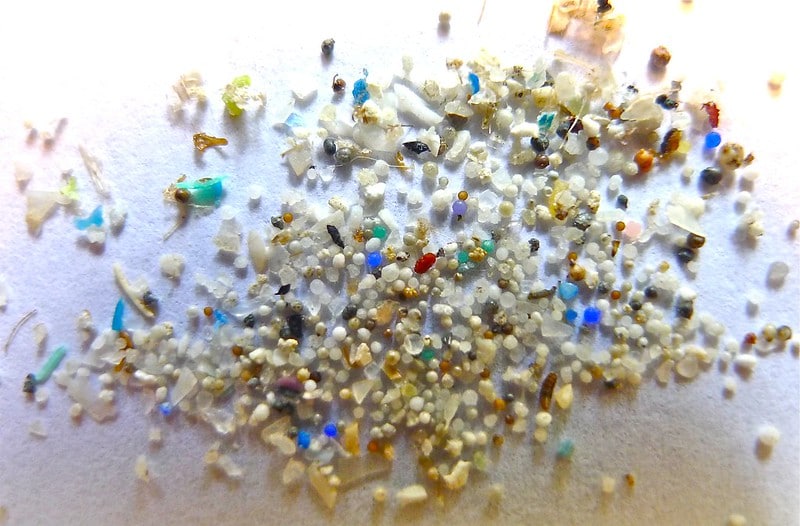 A recent study from a team of scientists at the Ocean Wise Conservation Association has found that 90% of microplastics pollution found in the Arctic consists of man-made fibres, 73% of which are made of polyester. The study indicates that these microplastics derive from washing machines – specifically in Europe, Canada and the US. In a single wash, one item of apparel is able to shed millions of fibres, which leech into sewage systems and then seep into the ocean. An estimated 500 million fibres per home within the US and Canadian homes are released each year, whilst wastewater retreatment plants release as much as 21 billion microfibres into the environment on an annual basis. In Europe, 13 000 tonnes of microfibres are released into the ocean every year.

Lead researcher on the study, Peter Ross, expressed his concerns about the accumulation of man-made fibres reaching the Arctic as microplastics pollution: There is strong suspicion that laundry, clothing and textiles are playing a significant role in contaminating the world’s oceans with micro fibres. “We’re looking at a dominance of Atlantic inputs, which means sources of textile fibres in the North Atlantic from Europe and North America are likely to be driving the contamination in the Arctic Ocean. With these polyester fibres, we’ve essentially created a cloud throughout the world’s oceans.”

Dr Erik van Sebille, from Utrecht University emphasises the damage being done: “Plastic anywhere in the environment is an atrocity, but in the Arctic it’s probably more harmful than in most other places. That’s because it comes on top of the dramatic and dangerous climate change that the region and its ecosystems are experiencing. Pollution could be the proverbial drop that tips the bucket.”

The team collected 71 near-surface water samples, from Norway to the North Pole – covering over 20 000 kilometers. A further 26 samples were retrieved from 1 000 metres down into the Beaufort Sea in Northern Alaska and calculated an overall average of 40 microplastic particles per cubic metre. Researchers used infrared analysis and microscopy to determine that the vast majority of microplastics consisted of clothing fibres, less than 5 millimeters in size. Three times the amount of microplastics was discovered in the eastern region of the Arctic in comparison to the west, which signals that the majority of the plastic pollution has come from the Atlantic Ocean. Co-researcher at Ocean Wise Conservation Association, Anna Posacka, reaffirms this belief:  “In the eastern Arctic, we found three times more microplastics, which supports the notion that we have more microplastics coming in from the Atlantic side, rather than the Pacific side.”

The study also showed microplastics from fishing gear as another concern. 8.3% of microplastics found were from nylon and 3.3% polypropylene, which had been shredded from fishing lines and synthetic ropes. Plastic pollution within the Atlantic is becoming even more pervasive, according to a 2020 study that showed that the scale of microplastics within the ocean is 10 times higher than originally thought – at about 200 million tonnes.

Ross believes that households within Europe, Canada and the US could play a key part in reducing microfibres by buying environmentally friendly fabrics as well as installing lint traps onto their washing machines. “There is a lot to be done on the part of many people and groups and agencies, and for the individual consumer, first thing is to be informed. What are you buying? What’s the label say? Is it likely to shed fibres? Another key question is going to be is it synthetic or is it natural? Natural fibers may have advantages, but they may also have a very heavy water use or heavy pesticide use, so there is no single silver bullet, but there are key activities that one as a consumer can embark upon — shopping wisely.”  But Ross also accentuates the responsibility of the fashion industry to be more environmentally conscious: “The textile sector can do much to design more sustainable clothing, including by designing clothes that shed less.”