Fire Is Not the Only Threat Amazon Forest Faces 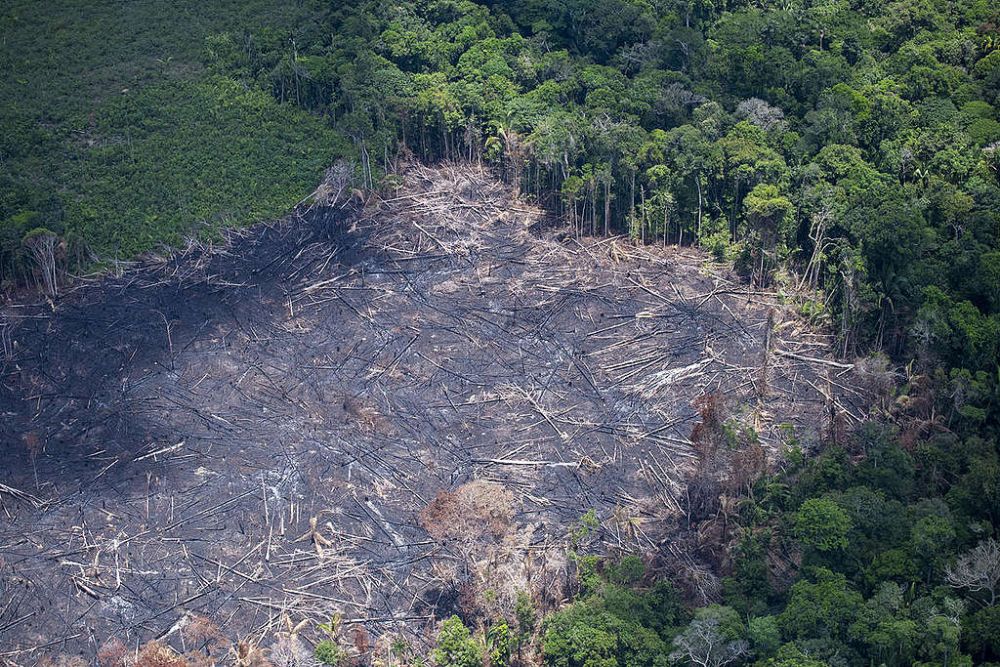 Deforestation rates in the Amazon, the world’s largest rainforest, hit the highest level last month since the current monitoring system began in 2015.

The raging wildfires that have been consuming vast tracts of woodlands in the Amazon rainforest raised unprecedented concerns among political leaders and environmentally conscious citizens worldwide. But the wildfires are not the only threats faced by the Amazon, which covers 5.5 million sq km of land over nine countries in South America.

The world’s largest tropical rainforest has been under serious threats from extensive deforestation due to farming and cattle ranching, illegal mining, and illegal logging for decades.

Over 750,000 sq km of the Amazon rainforest have been destroyed across Brazil, Peru, Colombia, Bolivia, Venezuela, Suriname, Guyana, and French Guiana since 1978.  One of the biggest drivers of such large-scale deforestation is cattle ranching. Low input cost and easy transportation in rural areas make cattle ranching an attractive economic activity in the forest frontier.  Brazil, which holds 60% of the Amazon, is now the world’s largest beef exporter, and in 2018 alone, these exports generated $6.7 billion for the country’s economy. The ranching accounts for over 80% of current deforestation rates in the Amazon.

Extensive soy cultivation is another activity that has been driving deforestation. Brazil — the second-largest producer of soybeans in the world — has cleared hectors of forest land to accommodate new cultivation. Rampant illegal logging is also causing degradation of the forest, which hosts abundant timber resources like Mahogany, Spanish cedar, and other members of the Meliaceae family.

An epidemic of illegal mining has also been threatening indigenous territories of the Amazon for decades. The Amazon Geo-Referenced Socio-Environmental Information Network (RAISG)– a consortium of civil society organisations in South America — revealed that there were as many as 2,312 illegal mining sites in 245 areas inside the forest across six countries. Illegal miners have established sophisticated infrastructure uprooting millions of trees and contaminating rivers with mercury as they dredge for gold and extract diamonds and coltan.  A study by researchers from the University of Puerto Rico found that approximately 415,000 acres of tropical forest have been lost to gold mining. NASA’s ECOSTRESS — a radiometer mounted on the International Space Station — captured a snapshot of fires burning in the Bolivian Amazon on August 23, 2019.

The ongoing deforestation and this year’s fire have already done unprecedented damage to the Amazon. Climate change and increase in greenhouse gas emissions may also take a heavy toll on the rainforest, which is home to half the world’s species of plants and animals.   We recently published a study that examined the Amazon forest’s response to carbon dioxide fertilisation. Our results suggested that the resilience of the region to climate change may be much less than previously assumed.

Restoring degraded parts of the forest might not be very easy. Our study showed that limited phosphorous availability in the tropical forest is negatively affecting its CO2 fertilisation abilities, therefore, causing the slowest growth of plant species than previously understood. The fire and deforestation may release the remaining phosphate into the atmosphere further worsening the situation.

Another study suggested that climate change and extreme weather conditions may trigger a feedback loop accelerating dieback in the Amazon. A prolonged dry season and increased temperature in the region may cause a new drought. Since the Amazon recycles its rainwater, the reduced evapotranspiration may intensify the drought eventually leading to a tipping point after which forest would start to dieback faster and turn into a Savannah ecosystem.