Fires in Kenya Have Devastated the Tsavo National Park 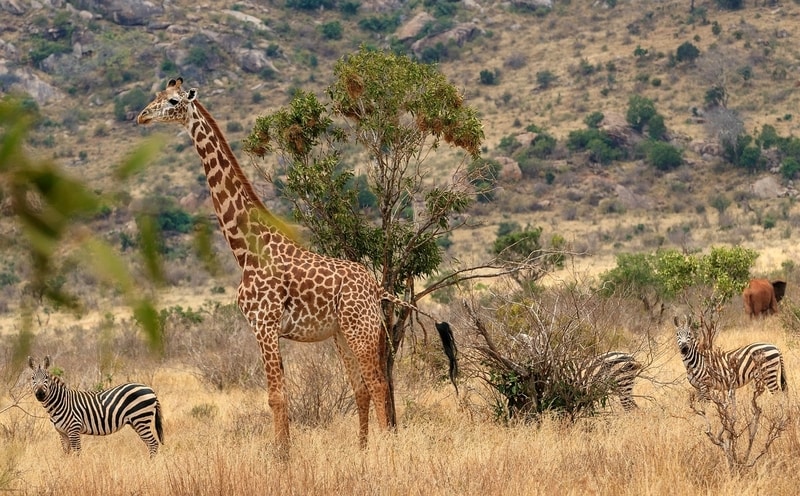 Over the past few days, destructive fires have swept large portions of the Tsavo National Park in Kenya, threatening wildlife and compromising vegetation. On August 11, they were finally extinguished, but what is the extent of the destruction they leave behind?

It has been suspected that the recent fire that occurred over the weekend of August 8 was ignited by arsonists, according to a press release by the Kenya Wildlife Service (KWS). The police are currently tracking down the suspects and are continuously updating KWS on the investigation as it unfolds. In the meantime, the KWS worked with the government, conservation partners and the community to extinguish the fires.

The government deployed the military to support firefighters who are battling to put out the fires, using helicopters to pour water across the area. Hundreds of local volunteers have also assisted with the mission.

KWS have advised the public to avoid lighting fires close to national parks and reserves in order to prevent further wildfires.

Tsavo, located in south-eastern Kenya, is the country’s largest national reserve, home to many animals such as lions, elephants, rhinos, hippos and buffaloes, all of which are threatened by the fires. The park covers an area of 21 000 square kilometres, and is split into Tsavo East and Tsavo West.

Prior to COVID-19, the national park welcomed thousands of local and international tourists every year, making it a major tourist attraction and a source of national pride.

In addition to arsonists, the fires are thought to have occurred due to dry weather conditions which have persisted for weeks on end. A conservation group called the Sheldrick Wildlife Trust previously explained that ‘the combination of long rains earlier in the year, which saw grasses grow tall, strong winds and inaccessible areas have made this a high fire risk period in Tsavo’.