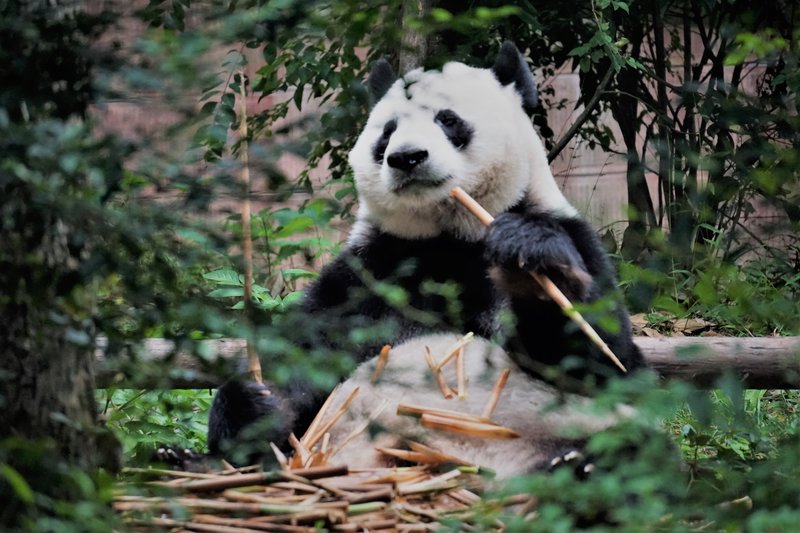 The once critically endangered giant panda has rebounded in numbers in recent years, representing one of the most successful restoration and conservation stories, however a new study has found that while many other animals in the same landscape have benefited from these conservation efforts, some have not been so lucky.

Decades of conservation efforts to create protected habitats for the giant panda bear, native to central China, has pulled it back from the brink of extinction. However, some animals have not been as fortunate.

According to a new study published in the journal Nature Ecology & Evolution, leopards, snow leopards, wolves and Asian wild dogs have nearly disappeared from a great majority of the protected areas. The study analysed data from 73 protected areas, including 66 giant panda nature reserves, comparing previous data with a decade’s worth of camera-trap surveys.

Since the set up of panda reserves in the 1960s, all four species have been absent from a big proportion of reserves: leopards have disappeared from 81% of reserves, snow leopards from 38%, wolves from 77% and dholes from 95%. Modern figures are worrying- in the case of the Asian wild dog, only four sightings of the species has been identified among data from almost 8 000 survey stations recording more than 1.5 million camera days’ of footage.

The researchers in China have stressed how logging, poaching and disease have driven them to near extinction, which they say could result in ‘major shifts, even collapse, in ecosystems’.

Without the presence of leopards and wolves, deer and livestock can roam unrestrained, leading to damaged natural habitats with knock-on effects for other wildlife species, including pandas themselves.

Conservationists previously believed that by protecting the panda’s forests, they would also inadvertently be protecting many other species roaming the same habitat. But while this has proven a successful method for some other wildlife species, such efforts do not appear to have the same positive effects for large carnivores, such as the leopard or wolf.

The team of researchers now believes that a broader, holistic approach is ideal and more appropriate in managing the ecosystem in which the panda resides, one that also ensures the safety of key species who share the same environment.

This was “critically needed to better increase the resilience and sustainability of the ecosystems not only for giant pandas but also for other wild species,” said co-author Dr Sheng Li of Peking University in Beijing.

The researchers pointed out numerous measures allowing for this to be achieved, including enforcement against poaching and restoring habitats for the animals that large carnivores consume.

Giant pandas are prime examples of conservation success. Their population numbers in the wild are finally rebounding after years of decline, and in 2016 their status was upgraded from “endangered” to “vulnerable” on the official extinction IUCN Red List.

Regarded as an “umbrella species,” protecting the giant panda indirectly protects other wildlife within the same ecological community through forest protection which subsequently benefits the likes of plants, birds and small carnivores.

Large predators, such as leopards, snow leopards, wolves and small Asian dogs called dholes, seem to have fared badly in comparison to the conservation efforts of the panda- demonstrating how despite the evidence suggesting positive feedback for some species, this does not apply to all species.

As the researchers have suggested, it is vital that a more holistic approach be taken to protect species across a broad spectrum and not just a select few. Doing so would ensure that the ecosystem is able to sustain itself without too much human interference.