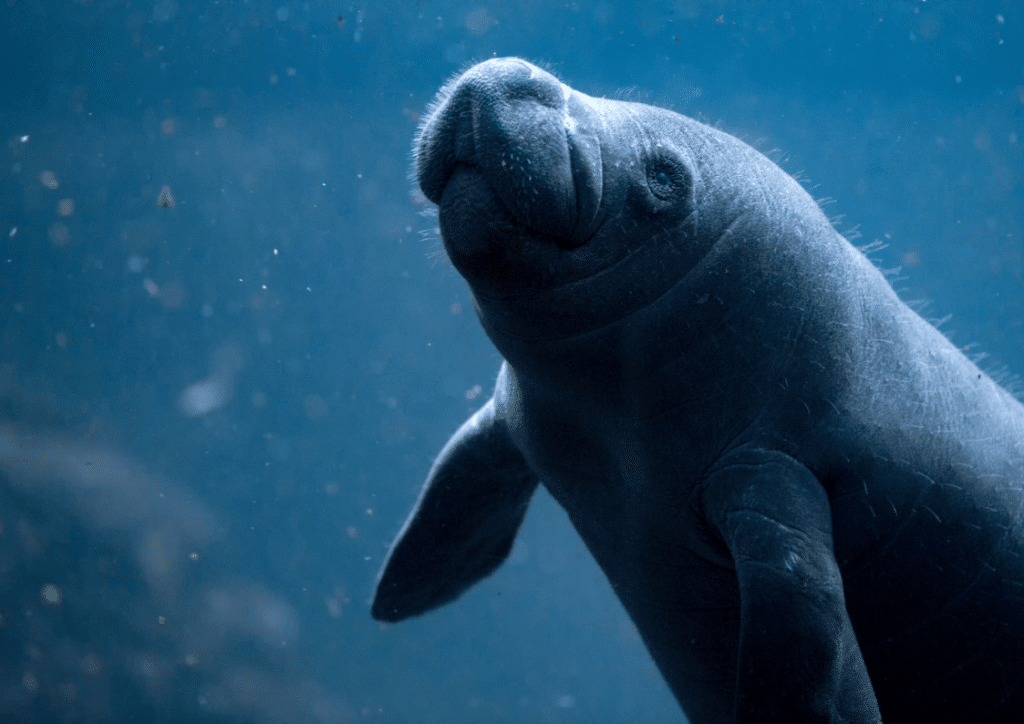 2021 is already panning out to be the deadliest year on record for the Florida manatee; more have died this year than in any other year in Florida’s recorded history, primarily from starvation due to the loss of seagrass beds. Scientists and activists are scrambling to save the species from extinction, but is it too late?

At least 881 manatees have died in Florida since January 2021, exceeding the annual average of 578 deaths between 2015 and 2020. The National Oceanic and Atmospheric Administration is calling it an “unusual mortality event.” The “hot zone” for the sudden increase in deaths is the Indian River Lagoon, a 251-km long estuary that serves as a seasonal habitat for thousands of manatees. Persistent water pollution from industry and real estate development has pushed the ecosystem to the verge of collapse, killing off seagrass beds and causing the Florida manatee population to die from starvation.

According to necropsies of manatees performed by the Florida Fish and Wildlife Conservation Commission, some were 40% below their expected body weight, with the scientists performing the procedures saying that it “was not something we have seen before on this scale in these large animals.” To stay in peak condition, manatees need to consume as much as 10% of their body weight daily in seagrass or other aquatic plants, such as mangrove leaves or hydrilla.

Manatees are so big not because they have layers of insulating blubber but because their digestive tract is so bulky. A manatee that loses a significant amount of body weight is far more susceptible to developing secondary issues or not being able to overcome the cold.

In 1967, the manatee was among the first animals to be protected under the newly-created Endangered Species Preservation Act. Because of conservation efforts, manatee numbers rallied and by 2017, the US Fish and Wildlife Service removed them from the Endangered Species Act list. Environmentalists are asking that the animal again be considered endangered.

In the summer months, manatee migrate as far north as New England for food. By winter, they typically return to Florida’s warm water and abundant food, however these areas are now frequented by people. Some manatees still travel to New England, but thousands now find shelter in the warm discharge of coastal power plants, including those in the Indian River Lagoon. In these locations, algal blooms and overgrazing have decimated seagrass coverage and cold temperature can leave them trapped with nothing to eat. While some manatees survive the winter, many are too weak to fully recover and food supply is sparse for those who survive.

What Has Happened to the Seagrass Beds of Florida?

Across the Indian River Lagoon, seagrass meadows once spanned nearly 80,000 acres, serving as the cornerstone for one of the country’s most biodiverse estuaries. Their roots hold sediment in place, improving water quality and sequestering carbon. However, these habitats have been host to coastal developments over the decades, which today leach over 1 million kgs of nitrogen and phosphorus into the estuary every year from septic tanks, lawns and farms. Meanwhile, decades of organic matter has settled to the bottom, leaching water nutrients into the water column.

An increase in water nutrients can cause intense algal blooms that block out sunlight and kill seagrass. Since 2011, nearly 46,000 acres have disappeared as a result of these blooms.

Thankfully, in 2013, the Florida Department of Environmental Protection began a 15-year plan to address the damage in the Indian River Lagoon by dredging to remove the muck,  improving stormwater treatment and connecting homes that use leaky septic tanks to the sewer system, but it may not be enough to save the manatee species.

In winter, hundreds of manatees venture to the warm waters of the Kings Bay Manatee Refuge, which is the only place in the country where people can legally swim with manatees. The refuge allows dozens of companies to offer tours to people who want to see the massive creatures up close. However, seagrass has been uprooted by boats and some companies don’t enforce a “passive observance” policy, scaring the manatees. Florida has failed to find more sanctuaries for the species.

In 2016, residents of Brevard County, which encompasses most of the Indian River Lagoon, voted in favour of contributing to a USD$300 million tax to finance a clean up project. So far, volunteers have planted mangroves (which filter water), started oyster gardens (which also filter water) and spread the word about the need to bring the lagoon back to life.

However, there’s no telling if seagrass beds can be restored in time to save Florida’s manatees but that doesn’t mean that communities shouldn’t try.