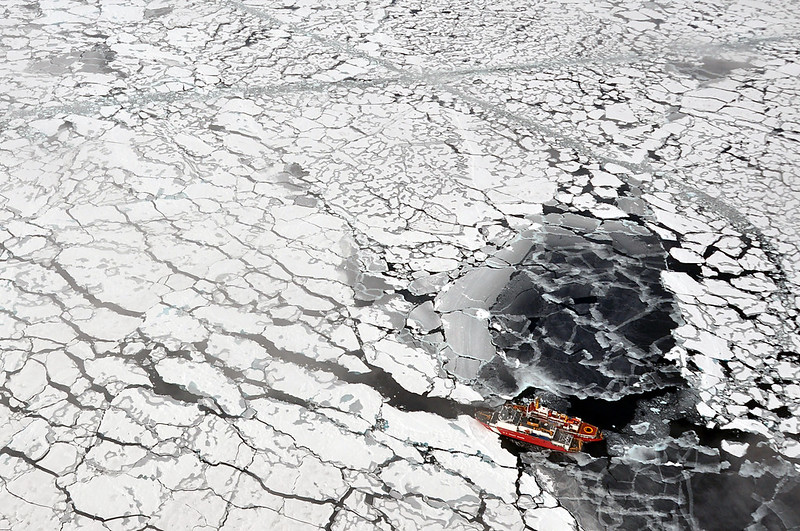 The last fully intact ice shelf in Canada in the Arctic has collapsed, having lost about 80 sq km, or 40%, of its area over a two-day period in late July, according to the Canadian Ice Service. The collapse of the 4 000 year-old Milne Ice Shelf was exacerbated by record-setting temperatures in the region, which measured 5 degrees Celsius above the 30-year average this past summer, as well as wildfires.

A research camp was lost in the collapse, as well as the northern hemisphere’s last known epishelf lake, which is a freshwater lake damned by ice that floats on top of salty ocean water. Additionally, two of Canada’s ice caps, located on the Hazen Plateau in St. Patrick Bay, disappeared this summer, two years earlier than predicted.

Unlike glaciers, ice shelves are part of the ocean. The ice shelf on Ellesmere Island in Canada’s Nunavut territory fell into the Arctic Sea and started to drift before breaking into two large chunks. Images captured by the Copernicus Sentinel satellite captured the event, showing that when the fallen pieces split into two, the large piece formed an iceberg roughly the size of Manhattan. 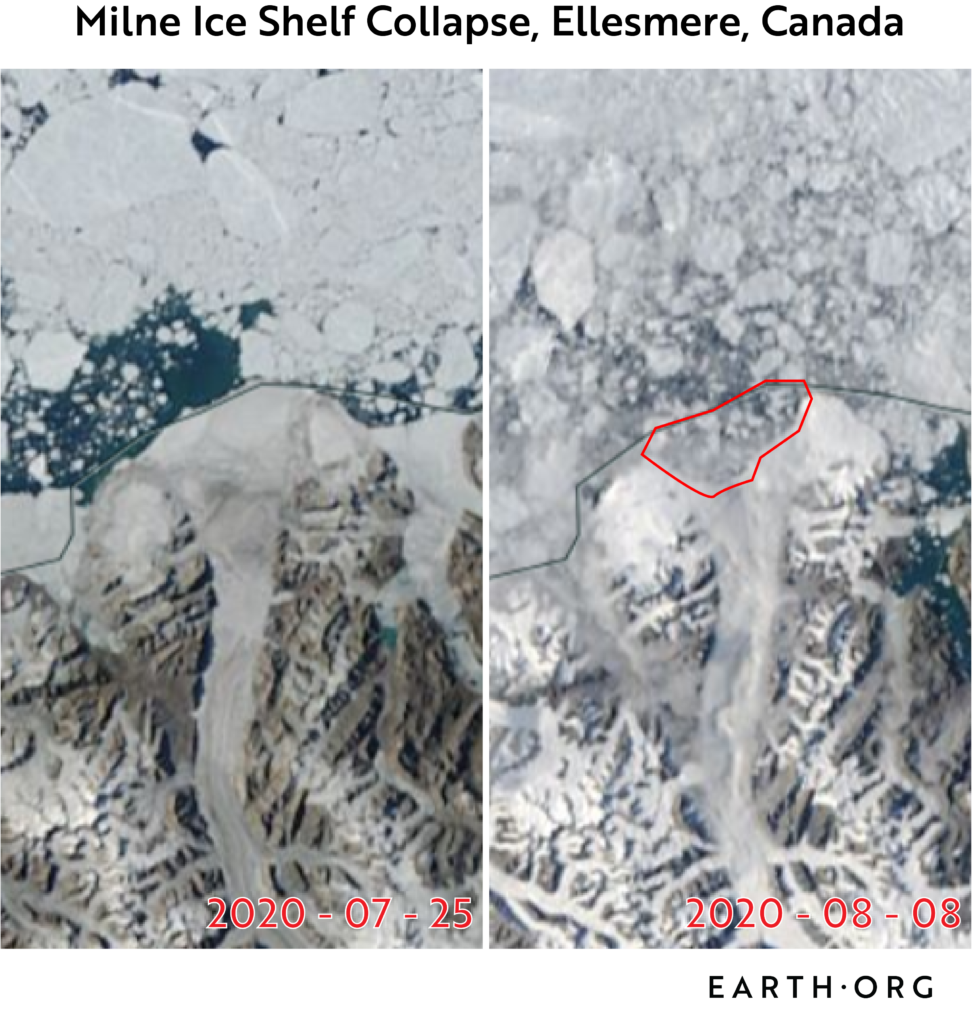 Adrienne White, ice analyst at the Canadian Ice Service, says, “This is a huge, huge block of ice. If one of these is moving toward an oil rig, there’s nothing you can really do aside from move your oil rig.”

The service explained that above normal air temperatures, offshore winds and open water in front of the ice shelf contribute to ice shelf break up.

Now that a large part of the ice shelf is in the ocean, there is potential for additional cracking and movement, the Water and Ice Research Laboratory (WIRL) said in a press release. It warns that the ice shelf is still unstable and further ice breaks are possible in the coming days and weeks.

Ice shelves can help limit rising sea levels because they act like a dam. As average Arctic temperatures warm, more sea ice has been melting during the summer than in previous decades. With more melting, the Arctic Ocean absorbs more of the sun’s rays and gets warmer, delaying ice from growing back again until later in the fall. However, with less sea ice present in the autumn to reflect sunlight, the entire region warms up even more, perpetuating this feedback loop.

Studies estimate that global sea level rise could be between 0.91 meters and 1.5 meters, which will have detrimental effects on coastal cities.

The Arctic has warmed at twice the global average rate in recent decades, but scientists say that this summer was even more extreme. In July, Arctic sea ice hit its lowest recorded extent, while the Russian Arctic has experienced record heat and wildfires, with temperatures exceeding 37 degrees Celsius in the Siberian town of Verkhoyansk in late June.