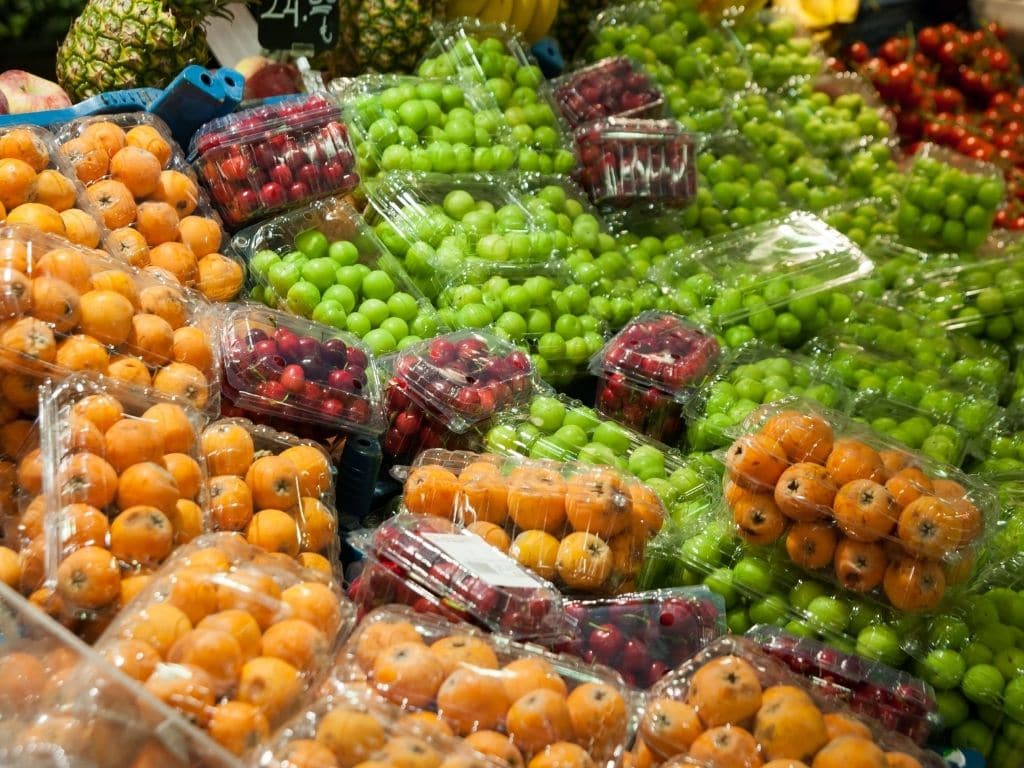 The sale of nearly all fruit and vegetables in plastic packaging will be banned in France from early next year as part of the government’s effort to reduce the “outrageous amount of single-use plastic” in the country.

France will be banning plastic packaging for a large number of fruit and vegetables from January 2022 onwards in a bid to reduce plastic waste and pollution, the government’s environment ministry announced on Monday, Oct 11.

The new measure has listed about 30 produce items must be sold without plastic packaging across the nation. This includes leeks, courgettes, aubergines, peppers, cucumbers, potatoes, carrots, round tomatoes, onions, turnips, cabbages and cauliflowers.

Fruit such as apples, pears, oranges, kiwis, and lemons, must also be sold in reusable or recyclable packaging.

“We use an outrageous amount of single-use plastic in our daily lives. The circular economy law aims at cutting back the use of throwaway plastic and boost its substitution by other materials or reusable and recyclable packaging,” the ministry said in a statement.

Around 37% of produce sales in the country currently come with plastic packaging. This new plastic ban could drive down plastic waste and potentially eliminate more than one billion “unnecessary plastic packages” every year, said the French environment, agriculture and finance ministries.

The upcoming ban will be the first phase of many to eradicate plastic packaging in this sector, with plans to be extended to all fruit and vegetables by no later than June 2026. Other environmental measures that are in the pipeline include implementing public water fountains to reduce single-use plastic bottles, and eliminating free plastic toys in the fast-food restaurants by 2022, as well as banning takeaway plastic utensils by January 2023.

The reason behind the gaps between phases is to allow the government ample time to find suitable “alternative solutions” to plastic packaging that could prevent ripe fruits and berries from deteriorating and going bad if sold in bulk – 65% of all fruit and vegetables are currently sold in bulk within the sector.

However, critics of the new measure argue that banning plastic packaging will be difficult to achieve by the start of the new year. The sector’s inter-professional association Interfel says that plastic is in fact used to “limit food waste” and only contributes to “less than 1.5% of plastic packaging used in the food sector”.

“It is unfortunate that some pragmatic proposals formulated by the industry were not accepted, such as the use of 100% recyclable plastic for fruit and vegetable packaging (authorised in all other sectors!),” Interfel states.

Spain has similarly announced it will be prohibiting plastic wrapping for fruit and vegetables in supermarkets and grocery stores starting from 2023.  The ban will apply to produce weighing under 1.5kg, with the full list of products included in the new regulations to be set by the Spanish Food Safety and Nutrition Agency.

The country also aims to cut the sale of plastic bottled beverages by half by the end of the decade, and for plastic packaging on the market to be 100% recyclable.