Fridays for Future: How Young Climate Activists Are Making Their Voices Heard 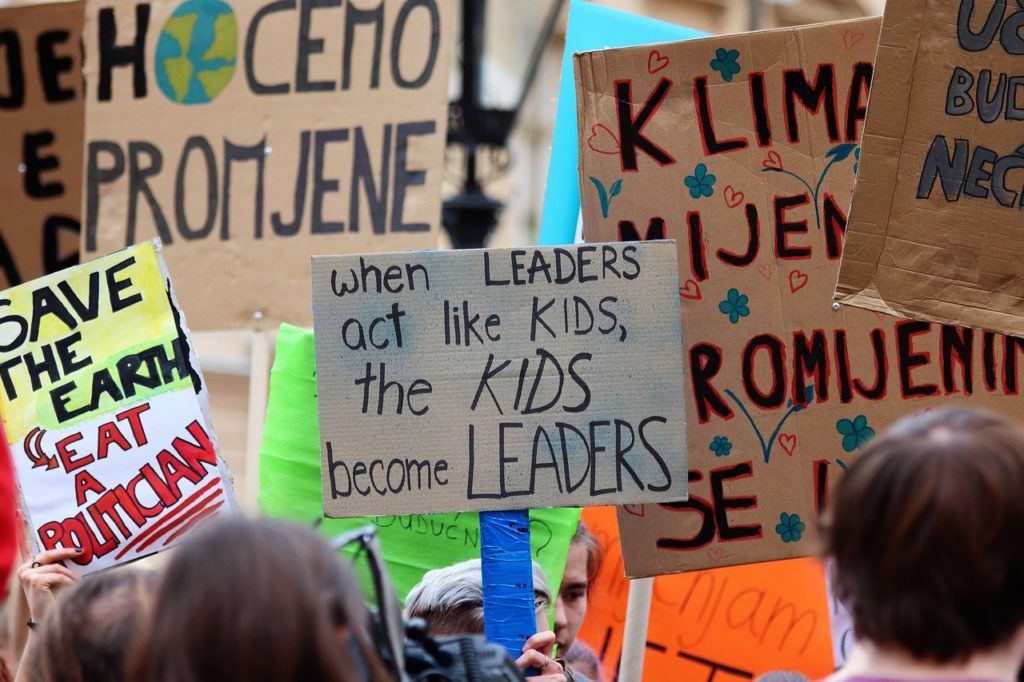 Reading how traditional media reports on the climate crisis nowadays can leave us hopeless, often leaving us feeling there is no solution in sight. However, young climate activists around the world proved that this idea is wrong. The Fridays for Future (FFF) movement first entered the climate change scene in 2018. It came with anger but also real solutions. Within the past four years, Greta Thunberg and her army have made their voices heard, helped shape public opinion and challenged world leaders to take immediate action in climate change mitigation. How did Fridays for Future start, its biggest achievements so far, and what is next for the movement?

How Did Fridays for Future Start?

Most will recall the photos capturing Greta Thunberg sitting alone outside the Swedish parliament holding a sign saying “School Strike for Climate”. These photos are hard to forget as they symbolise the beginning of one of the most important shifts in the history of climate activism, a moment in which young people around the world decided to break their silence and take to the streets in protest of government inaction in the climate crisis.

Compared to the size and scope of the Fridays for Future movement today, it is hard to believe it all began with a 15-year-old girl being frustrated at the negligence of politicians and their minimal efforts in meeting carbon emissions targets. Thunberg’s small campaign in August 2018 had an unanticipated global effect, sparking an international awakening and inspiring young people to take a public stance against climate change. Within months after Thunberg’s strike began, more than 20,000 students across the world had joined her weekly school strikes, which became known as ‘Fridays for Future’. A year later, nearly 6 million people joined the Global Week of Climate Action to request urgent action on the escalating ecological emergency ahead of the 2019 United Nations Climate Action Summit. Their demands were simple: create a safe pathway under 1.5C, unite behind climate science, and guarantee climate justice and equity for everyone.

The summit marked Thunberg’s first major achievement: the young activist sailed across the Atlantic to bring a very important message to world leaders gathered in New York. “You are failing us. But the young people are starting to understand your betrayal. The world is waking up. And change is coming, whether you like it or not,” Thunberg stated in one of her most memorable speeches.

That same year, she was listed as one of the candidates for the Nobel Peace Prize and was chosen by Time Magazine as the Person of the Year for her commitment to the climate cause. Her influence also sparked something known as the ‘Greta Thunberg effect’: several studies found that people who report familiarity with the young activist also feel more confident that they can mitigate climate change. A 2020 study by the World Economic Forum, for example, showed that eight out of 10 company managers are now more committed to investing in environmentally-friendly technologies and believe that climate strikes helped raise awareness of sustainability issues within their organisation.

COVID-19: A Huge Challenge that Redesigned Fridays for Future

The pandemic presented both opportunities and challenges for FFF’s young climate activists. When COVID-19 started, Fridays for Future was at its peak. The movement had grown to an army of millions of young climate activists from all parts of the world, united by one simple cause: to push politicians and policymakers into taking the climate crisis seriously. Even though the delicate situation in the early months of 2020 did not allow for big marches, it did not stop the movement from expressing their anger and demanding immediate action. Young climate activists around the globe still had too much to say and were not ready to be silenced, so they brought the strike online. Making use of social media – the Generation Z’s most powerful ally – and hashtags such as #DigitalStrike and #ClimateStrikeOnline, FFF-activists were able to expand their network and reach more people, making the climate fight more inclusive at a global level. Among the strategies they used were online petitions, YouTube live broadcasts to share ideas on how to fight global warming, and webinars to educate people on environmental topics. They also made use of social media such as Instagram and TikTok and started the ‘Newsletter for the Future’ to share information on hot topics and keep the conversation going. In order to bring together young climate activists from around the world and give them the chance to talk and plan future initiatives, they also often resorted to public virtual meetings.

Certainly, one of the strike’s strongest assets is its visual impact. Seeing photos of hundreds of thousands of young people marching in cities across the world every week had one strong advantage over online campaigns: they attracted the attention of the media. And having all this attention was crucial to intimidate and put pressure on governments and policymakers. As postdoctoral researcher in climate change politics and societal transformation Jens Marquardt said: “visible public events are undeniably the foundation for a social movement”.

However, the pandemic also allowed the movement to become more international, giving more space and a voice to marginalised groups and individuals. A 2021 study conducted in the UK showed that despite the pandemic, climate concerns have not diminished as they did, for example, during the 2008 global financial crisis, showing that the environmental crisis remains one of people’s main concerns. In fact, it has become an intransigent concern within the country’s public consciousness. The pandemic has shown us the destructive potential of an ‘invisible enemy’ and the importance for governments around the world to unite to fight it. Thus, despite potentially slowing down the FFF-movement, COVID-19 has certainly helped shape the public opinion on existential topics such as climate change.

What Did Fridays for Future Achieve?

Fridays for Future is certainly not the first or the last environmental movement, but it is arguably the most talked about. What stands out in comparison to other such movements such as, for example, Extinction Rebellion, is that the activists who take to the streets and lead the protests are very young. They are the real key to FFF’s success. Despite their young age, they are able to inspire older generations through their anger, frustration as well as their curiosity to learn about modern issues and to play an active part in the society to make the world a better place. Having a key figure in the movement is also an important advantage over its ‘competitors’, especially if the face of the movement is a young and ambitious girl like Greta Thunberg. Since she started Fridays for Future in 2018, the movement has achieved unprecedented successes, prompting governmental action by helping to push policies as well as leading the way for other movements to fight for important social causes.

The story of Sidha Ravi, a young business school graduate from India and founder of the country’s chapter of Fridays for Future is just one example of how the movement inspired young people around the world to stand up for their own cause and how moving to virtual reality proved useful in integrating more marginalised communities. Through digital strikes, Ravi connected to other people around India and together they launched an online campaign to support the climate fight and oppose the controversial Environmental Impact Assessment drafted by the Indian government, which does not actively incentivise sustainable development. By directly targeting the country’s environment minister with over a million emails, the group succeeded in pushing the issue to the top of the media agenda, allowing the cause to gain unprecedented attention.

Young FFF activists have also made it a rule to show up at the world’s most important environmental appointments, whether invited or not. Their presence at every Global Summit over the past three years has certainly had its effects. Though there is no concrete evidence linking FFF to the many promising decisions made at recent editions of the United Nations Climate Change Conference – such as new net-zero goals and commitments to reducing carbon emissions while investing in renewable energies announced at COP26 in 2021 in Glasgow – many believe that the movement has added greater pressure on global policymakers.

This is undoubtedly one of the movement’s greatest achievements: calling out companies and public figures responsible for the destruction of our environment, inspiring people to take action and make their voices heard, allowing them to believe that even common citizens can speak up and make a difference. Despite some of the impacts of global warming, like the melting of the Arctic, are irreversible, not all hope is lost, and young activists know it. For the climate crisis to become a priority on the political agenda, those who govern must feel the pressure from the public opinion.

Even though global strikes have not resumed in every part of the world due to unstable pandemic conditions, the FFF movement remains active in organising protests and on social media. It recently started a petition to stall Japan from building a coal power plant in Bangladesh and it has taken a clear stance on the Russia-Ukraine war, declaring itself against armed conflicts. They are supporting the Ukraine’s population with fundraisers and a series of global strikes to “call out the era of fossil fuel capitalism that allows these systemic oppressions”.

Fridays for Future’s next global protest will be held on March 25, with students and others expected to gather in more than 600 locations around the world to strike “for climate reparations and justice.”