NGO Seeks to Raise $5m to Save Ecuadorian Chocó 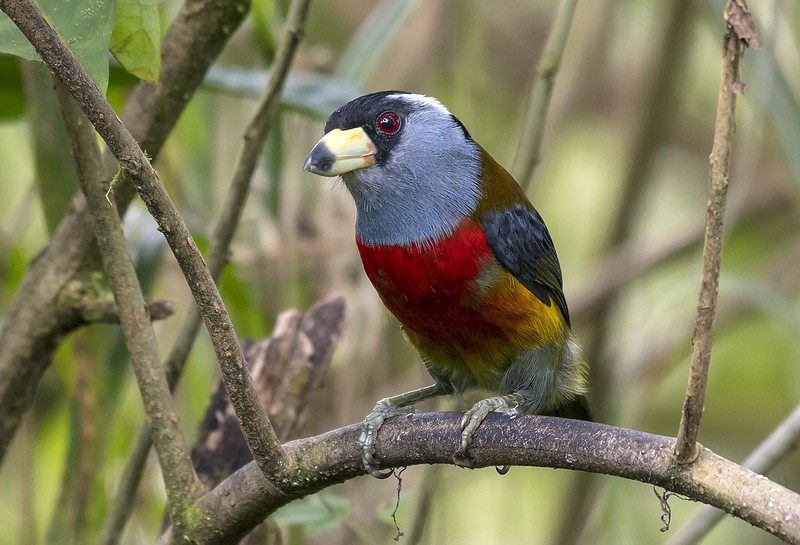 The Chocó, a cradle of biodiversity in western Ecuador, is the fourth most important hotspot for biodiversity in the world. The coastal tropical rainforest of the Chocó once stretched unbroken from southern Colombia to northern Ecuador. Despite devastating clearance, the forests that survive hold innumerable species of plants and animals, many of which are unique to this region. The Save the Chocó Campaign by Fundación Jocotoco, an Ecuadorian conservation non-profit, seeks to raise USD$5 million to purchase and protect 57 000 acres of pristine rainforest in the Chocó.

The land purchase by Fundación Jocotoco would connect several existing reserves through the expansion of its Canandé Reserve (currently 18 500 acres) in the Chocó. This purchase would create a fully contiguous protected area of more than 740 000 acres – larger than Yosemite National Park in California and significantly larger than any protected area in Western Ecuador. Connecting these reserves would ensure that the last large population of jaguars will continue to roam the forests of Western Ecuador.

The newly protected area would cover a very large altitudinal gradient from sea level to nearly 5000m, higher than any peak in the continental US. This is the only site on the west slope of the Tropical Andes where the entire gradient of ecosystems can be protected. This large gradient is important to achieve climate change mitigation as it would allow wildlife to shift their ranges with increasing temperatures. Moreover, this purchase would create a buffer zone for the indigenous Chachi Reserve and thereby help to preserve the forest the Chachi culture depends on.

The survival of at least eight critically endangered species depends on this campaign, including the Brown-headed Spider Monkey, one of the 25 most threatened primates on the planet.

The Chocó rivals the Amazon in terms of diversity of species but is far more threatened with only 2% of primary lowland rainforest remaining and an annual deforestation rate of 2.5%. Very little of the Chocó has been explored and there is a possibility that many species have yet to be discovered. Ten amphibians and reptiles that are found in the region await species description; they are so rare that they have not been found elsewhere.

Fundación Jocotoco is an Ecuadorian non-profit organisation whose mission is to protect the most threatened species and habitats in Ecuador. For more information, visit www.jocotoco.org. Donations are fully tax-deductible and will be matched up to USD$400 000. For questions, email: martin.schaefer@jocotoco.org.

Fundación Jocotoco (www.jocotoco.org) is an Ecuadorian non-profit organization whose mission is to protect the most threatened species and habitats in Ecuador. Since its establishment in 1998, it has established a network of 16 reserves totalling 58 290 acres and has helped communities to protect an additional 30 000 acres.