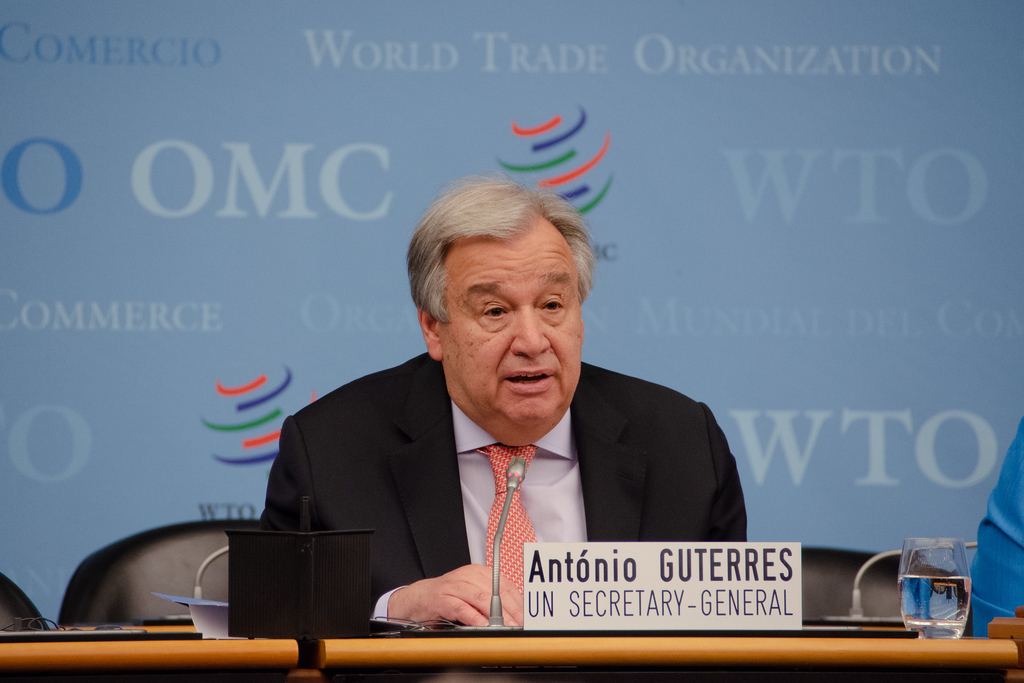 Countries are falling behind in their commitments to meet the Paris Agreement targets, according to the United Nations Environment Programme (UNEP), who calls the situation “bleak” in its new report. The UNEP warns we are on the ‘brink of missing the opportunity to limit global warming to 1.5°C’. Will countries take on the ambitious commitments needed to meet their targets?

In 2015, 197 nations signed an historic agreement, making pledges to lower emissions and limit rising global temperatures. One year before countries are set to strengthen their Paris Agreement pledges, the UNEP says current commitments are not enough. In its latest Global Emissions Gap report, the UN’s environmental body warns that unless countries cut global emissions by 7.6% every year for the next ten years, the world will not be able to meet the Paris target of limiting global temperature increase to 1.5 °C by 2100. This means that countries must level-up their pledges with cuts needing to increase at least fivefold to reach the 1.5°C goal.

Since 2010, the UNEP has published an annual Emission Gap report which explores the progress countries are making at closing the emissions gap. This gap- also known as the ‘commitment gap’, is the difference between how much countries are currently emitting and how many emissions would have to be cut in order to limit global temperature rise to 1.5°C by the end of the century. Through exploring a number of scenarios based on current climate policies and pledges, the report projects outcomes of where we can expect to see global emissions in a decade’s time.

This year, the report paints a dire picture for the future. In all scenarios explored, all of them are not enough to limit emissions to acceptable levels. In fact, the report states that even if all Paris Agreement pledges – or nationally determined contributions (NDCs) – are implemented, temperatures are expected to rise 3.2 °C by the end of the century, falling far short of the targeted 1.5 °C limit. 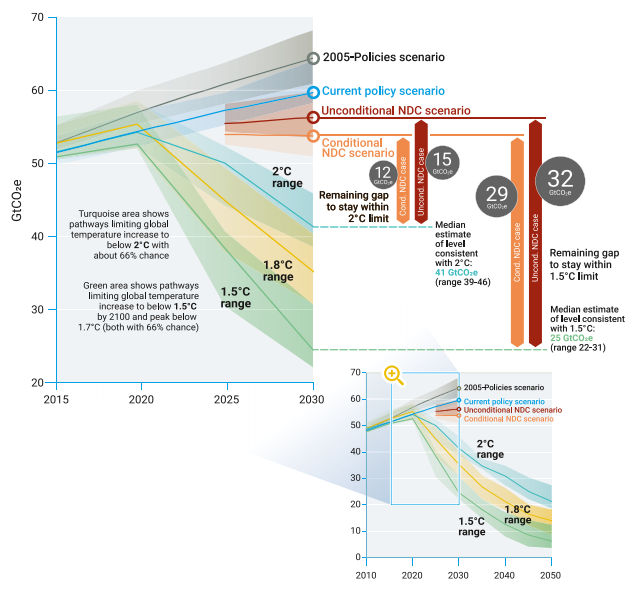 This shocking scenario has resulted in strong calls from the UNEP’s Executive Director, Inger Anderson, for nations to take immediate action in cutting down their GHG emissions. “Our collective failure to act early and hard on climate change means we now must deliver deep cuts to emissions,” she says.

She adds, “Countries simply cannot wait until the end of 2020, when new climate commitments are due, to step up action. They– and every city, region, business and individual – need to act now.”

The report says emissions must drop rapidly to 25 gigatonnes by 2030 if we are to limit global temperature rise to 1.5°C; under today’s commitments, emissions are on track to reach 56 gigatonnes- more than double what the report’s scientists are recommending.

UN Secretary-General António Guterres warns, “Failure to heed these warnings and take drastic action to reverse emissions means we will continue to witness deadly and catastrophic heatwaves, storms and pollution.”

The report also found that in the past ten years, GHG emissions have risen by 1.5% year-on-year. 2018 in particular saw land-use changes such as deforestation hitting a new high of 55.3 gigatonnes. Currently G20 members account for 78% of global GHG emissions, however only five members (the EU, Japan, the UK, the US and Canada) are committing to a long-term zero emissions targets. The report stresses that ‘enhanced action by the G20 members will be critical for the global mitigation effort’. 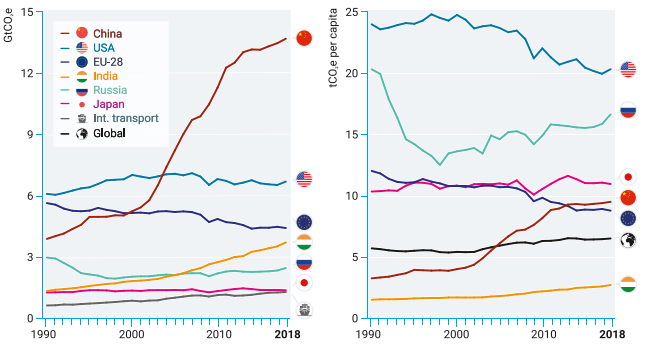 Although the report paints a daunting picture, the environmental programme says global warming can still be limited to 1.5°C. As more solutions become more readily available in energy transition, the report stresses the need for fundamental structural changes to achieve ‘full decarbonisation’ of the global economy.

Public pressure around the world is increasing on governments and private sectors around the world for more action. The UNEP is hopeful that this will trigger meaningful steps in fighting the climate crisis, a sentiment shared by Niklas Höhne, founding partner of NewClimate Institute, a climate policy NGO, who says, “The transformation is starting small but is expanding fast. We find that in all areas, some actors are taking truly ambitious actions.” says Höhne,  “Zero emission targets and targets of 100% renewables are spreading fast, and commitments for zero emissions in heavy industry were unthinkable only a few years ago,” he adds.

2020 will be a critical year for climate action. As nations prepare for the United Nations climate change conference in Glasgow, one has to wonder whether governments are up to the task of making the ambitious commitments needed to meet the 1.5°C limit, or will they again falter as they did in the disastrous COP25.