Should Giant Pandas Be Downgraded from Endangered Species to Vulnerable? 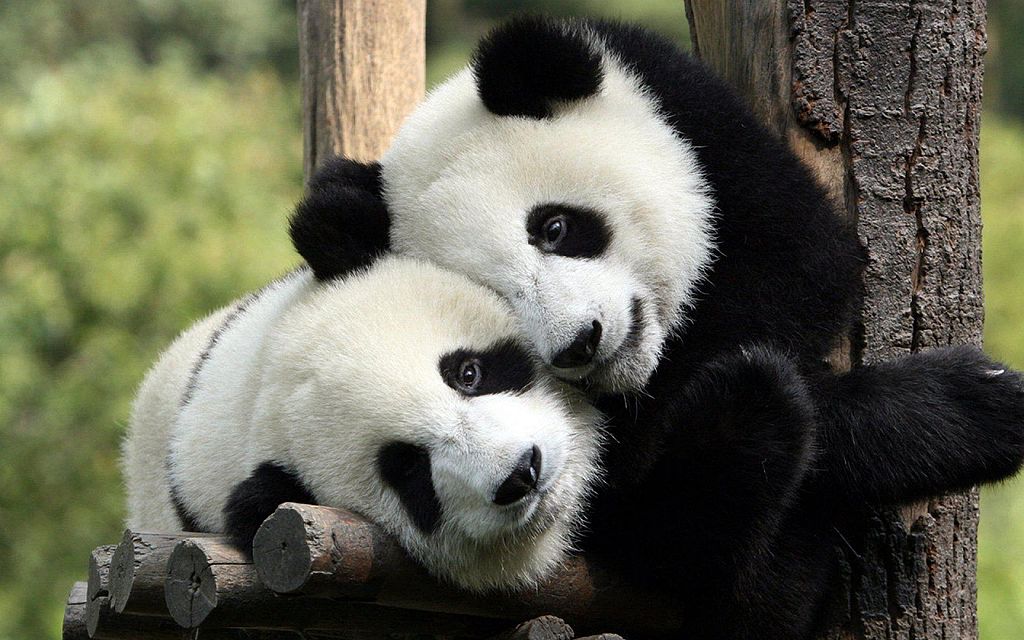 Giant pandas were downgraded from “critically endangered” to “vulnerable” on the International Union for Conservation of Nature (IUCN) Red List of Threatened Species in 2016. Was it too soon for the organisation to downgrade the status of the species and thus affecting conservation efforts of the species?

The IUCN classifies species into seven categories: extinct, extinct in the wild, critically endangered, endangered, vulnerable, near threatened and not at risk. A species is considered endangered when one of the following criteria is met: (1) whether the number of mature individuals in a wild population is less than 250; (2) whether the distribution area or possession area of wild population is less than 5,000 sq km; (3) whether there has been a significant decline in wild populations over the past 10 years or three generations; (4) when the number of wild mature individuals is more than 2,500, whether the decrease will exceed 20% in the next 10 years; (5) whether the risk of extinction over the next five generations exceeds 20%. Following the results announced by China’s State Forestry Administration in 2015, the IUCN made the decision to downgrade the giant panda accordingly.

In February 2015, the State Forestry Administration announced the results from its fourth national survey of the giant panda. The survey found that by the end of 2013, there were 1,864 giant pandas in the wild with 375 in captive, 2.58 million hectares of wild panda habitat and 910,000 hectares of potential habitat which is distributed across 17 cities (prefectures), 49 counties (county-level cities and districts), and 196 towns in Sichuan, Shaanxi and Gansu provinces. Additionally, the number of protected areas with giant pandas have increased to 67.

Compared with the results of the previous three surveys, the results from the fourth giant panda survey have the following characteristics: First, the number of wild populations has grown steadily. The number of wild pandas in China increased by 268 compared with the third survey, reaching 1,864. Of those numbers, 1,387 live in Sichuan province, accounting for 74.4% of the country’s total number of pandas in the wild.

Second, the habitat range had obviously expanded. Wild pandas were distributed across Sichuan, Shaanxi and Gansu provinces, with a total habitat area of 2.58 million hectares and a potential habitat of 910,000 hectares. Compared with its previous survey, giant panda habitats had increased by 11.8% and a 6.3% rise in the potential habitat area.

Third, the size of the captive population was developing rapidly. The number of pandas in captivity increased by 211 nationwide, equivalent to an 128.66% increase. Among them, the proportion of pandas of reproductive age also increased. At the same time, there was progress in rewilding work with three artificially-bred pandas that have undergone rewilding training released back into the wild.

Finally, protection and management capabilities have been gradually enhanced. 27 new reserves were established in areas where panda habitats, as well as an additional area of 1.18 million hectares. 66.8% of wild giant pandas and 53.8% of their habitats have been included in the network of nature reserves with conservation rate of populations and habitats has been continuously improving.

Based on these results in 2015-16, the IUCN Red List of Threatened Species downgraded the giant panda from endangered to vulnerable. 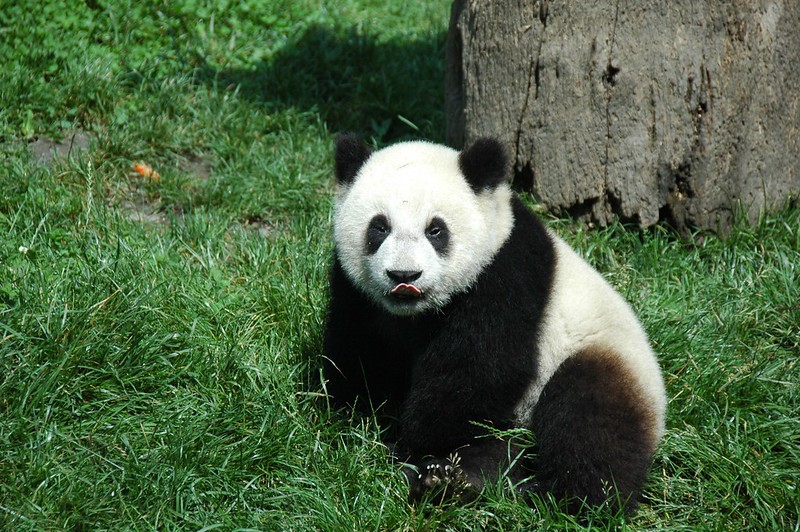 A young giant panda at the China Conservation & Research Center for the Giant Panda. Image by: Flickr

Is it Too Early for Giant Pandas to be Downgraded?

Carlo Rodinini, a mammal evaluator of IUCN Red List, said the downgrade was a sign that China’s conservation efforts were working, where much of the success can be attributed to the country’s crackdown on poaching and the restoration of the pandas’ habitat.

Though the number, range and population structure of the giant panda no longer meet the IUCN Red List of Threatened Species criteria, that does not necessarily mean giant pandas are no longer threatened. The IUCN warned that climate change could wipe out 35% of natural bamboo forests in the next 80 years, which could lead to a sharp decline in the population of giant pandas – bamboos account for 99% of their diets.

An official from the China Giant Panda Protection and Management Office of the State Forestry Administration said the aforementioned national survey found the fragmentation of the giant panda’s habitat to be very serious, and the genetic exchange of the wild giant panda population is hindered, which is very detrimental to the continuation and development of the giant panda population in the long term. In particular, among the 33 local populations separated by natural and disturbance factors, there were less than 30 individuals, 22 populations with extinction risk, among which the number of individuals was less than 10, and 18 populations with high risk of extinction.

At the same time, there are large habitat disturbances, including 319 hydro-power stations, a total road mileage of 1,339 km, 268.7 km of high-voltage power transmission lines, 984 residential areas with a permanent population of more than 50 people, 479 mines and 25 scenic spots. Other general disturbances, such as grazing, traffic, medicinal gathering, farming, and fire use, are more common. With the increase of local areas and the emergence of new disturbance forms, the population distribution area was reduced and disappeared, and the isolation degree of the population was further intensified.

Giant Pandas May Be Downgraded but Conservation Has Not

China plans to continue carrying out projects to protect giant pandas and their habitats and build a national park for giant pandas. For large habitats that are not included in the protection system, they will be included in the protected areas by building new nature reserves or expanding existing nature reserves in the surrounding areas. Corridors between patches of panda habitat will also be strengthened. Furthermore, there is also a strict implementation of the ecological and environmental assessment system to control construction projects in important panda habitats and prevent further fragmentation of panda habitats.

Evidently, conservation efforts since then have been effective. In July 2021, the National Forestry and Grassland Council indicated that the giant panda population has increased to 1,800 in the wild. The improved ecosystem has led China to follow IUCN’s suit and finally downgraded the animal’s status as a ‘critically endangered’ species to ‘vulnerable’, five years later. However, the national government needs to continue its conservation efforts at its current rate, otherwise all past work would be moot.