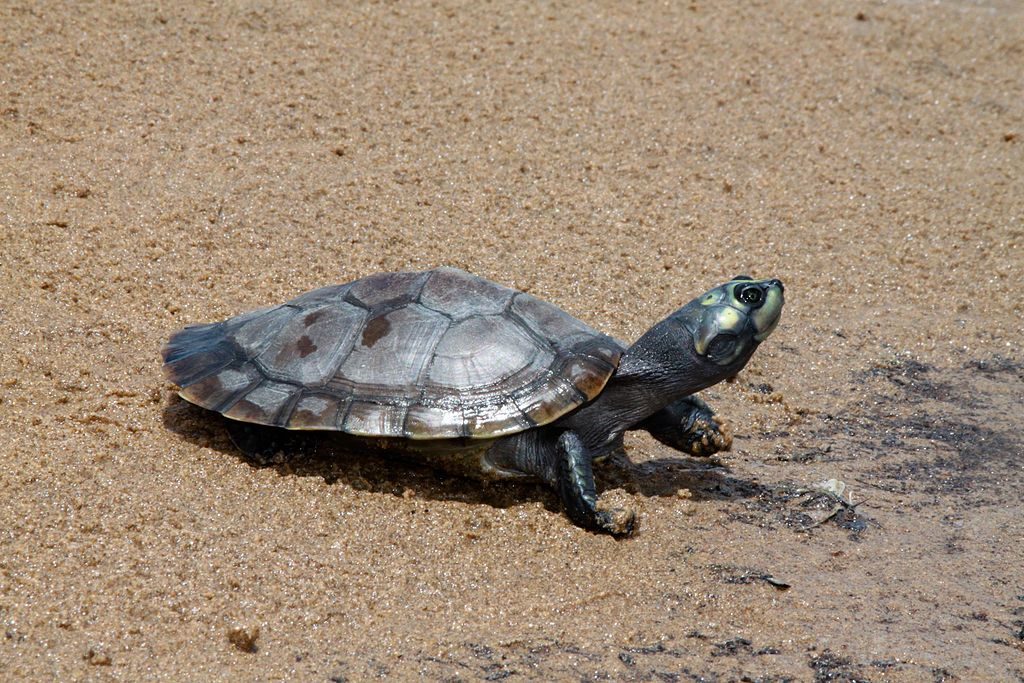 A conservation working group in South America is attempting to stimulate the recovery of the giant South American river turtle and save it from extinction.

Large-scale commercialisation of freshwater turtles and their eggs threaten wild populations. These turtles, of the genus Podocnemis, are especially at risk with all species in the taxonomic group facing the threat of extinction. The giant South American river turtle Podocnemis expansa in particular has been subject to an extensive history of exploitation in the Amazon since the 18th century, when European settlers would harvest fat from adult turtles for cooking oil and fuel for street lamps. During 1848-59 alone, 48 million P. expansa eggs were harvested annually from the Amazon and Madeira, the majority of which were exported to Europe. 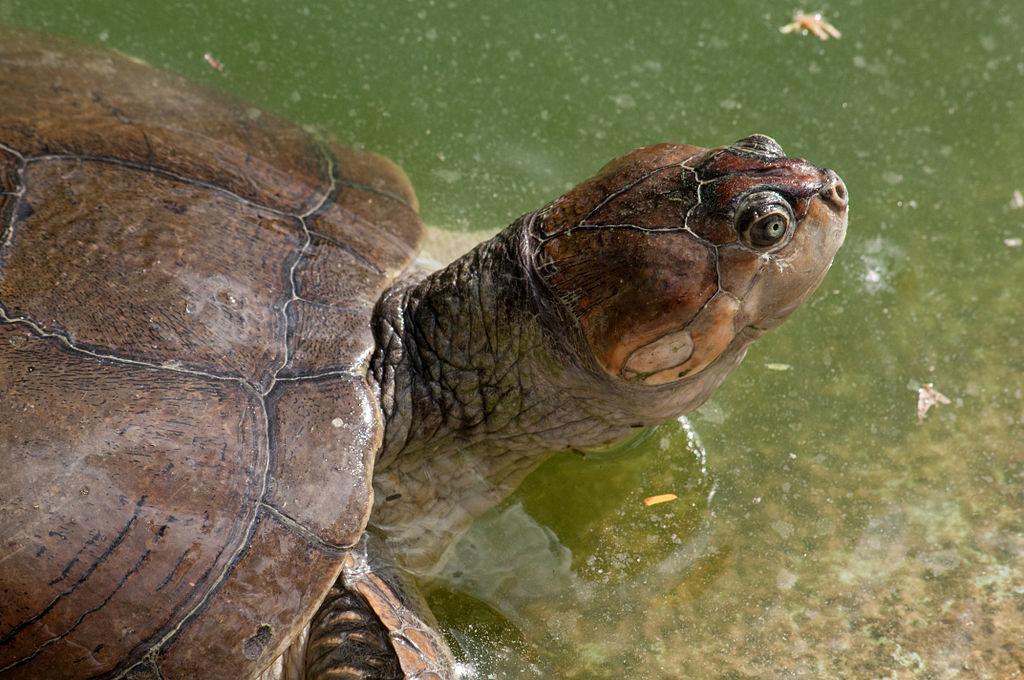 Why are giant South American river turtle under threat?

Today, the species faces threats from illegal poaching, whereby hatchlings and eggs are stolen from nesting sites and trafficked via networks in larger Amazonian cities to the rest of the world where they are sold as pets. Wild populations of P. expansa in Venezuela have plunged by as much as 98% from 1945-2010.

Freshwater turtles play an important role in marine ecosystems. They provide high secondary productivity, energy flow within and between ecosystems and a food source for human riverine communities. Secondary production refers to the measuring of biomass generation by an organism; biomass is an important measure in ecology, because it reflects the amount of available and stored energy in the animals or plants occupying an ecosystem. According to Lovich, Ennen, Agha & Gibbons (2018), turtles also regulate the energy flow of a given environment. They themselves and their eggs are a food source for predators, and beach vegetation derives benefits from the eggs that remain on beaches and break down, which regulates erosion.

Since the 1960s, government agencies and NGOs have attempted to reduce the trade of the species to support its recovery. However, hunting pressure in the region remains high. Although the species is currently listed as “Least Concern” on the IUCN Red List, conservation groups are actively pushing for its re-classification to “Critically Endangered”.

In 2014, conservation groups from six countries across the Orinoco and Amazon basins—Brazil, Columbia, Bolivia, Peru, Venezuela and Ecuador—gathered to share information to estimate the abundance patterns of P. expansa populations in the wild. Their findings were recently published in Oryx, a peer-reviewed journal of conservation.

Collectively, the researchers estimated that over 147,000 females inhabit the protected areas across the six Amazon countries. Brazil hosts the largest (>75%) number of nesting females, followed by Bolivia (20%). The top nesting sites—five in Brazil and one in Bolivia—account for over 100,000 (68%) of nesting females. Long-term protection of these sites alone would secure more than two-thirds of the protected population in the wild.

Moving forward, the working group will prioritise the protection of nesting beaches and the reduction of illegal poaching. It also discourages the practice of nest relocations and head starting, a strategy whereby young turtles are protected in captivity temporarily before their release into the wild at a larger size, as both could lead to adverse health effects for turtles, including morphological abnormalities.

Moreover, the group will actively collect demographic information such as population size and structure, and age-specific survivorship, which is essential for informing the conservation status of P. expansa as well as broad-scale conservation action.

The long-term survival of P. expansa will depend on a collective effort across the region, including engagements with local Amazonian communities.

“We are seeing positive results as work progresses and as communities are expressing greater interest in working with turtles. We have seen a decrease in the consumption of eggs, an important achievement that we must replicate throughout the continent,” said Camila Ferrara, co-author of the journal paper in a statement.