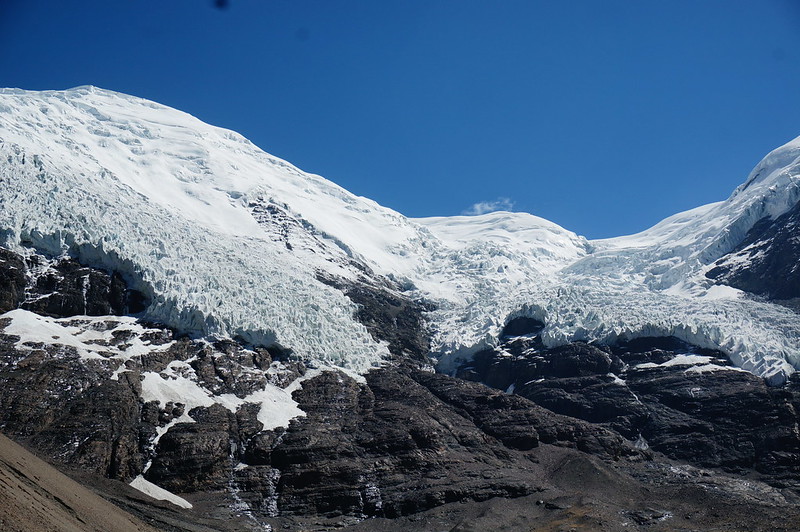 Scientists in the Qilian mountains in China have warned that the region’s glaciers are melting at a ‘shocking’ rate, raising the possibility of crippling, long-term water shortages.

The largest glacier in the 800-km mountain chain on the northeastern edge of the Tibetan plateau has retreated about 450 metres since the 1950s, according to monitoring stations.

Qin Xiang, the director at the monitoring station, says that the glacier is also losing thickness, with about 13 metres of ice disappearing as temperatures have risen.

Xiang says, “The speed that this glacier has been shrinking is really shocking.”

The Tibetan plateau is called the world’s Third Pole because of the amount of ice that is locked in it. However, since the 1950s, average temperatures in the region have risen about 1.5 degrees Celsius, with temperatures set to rise further in the coming years. Across the mountains, glacier retreat was 50% faster in 1990-2010 than it was from 1956 to 1990, according to data from the China Academy of Sciences.

Xiang says that the flow of water in a stream near the boundaries of the Laohugou No. 12 runoff is about double what it was 60 years ago.

Further downstream, near Dunhuang, water flowing from the mountains has formed a lake in the desert for the first time in 300 years, according to state media.

Snowfall and rain has been at times erratic and far less than normal, so while melting glaciers have brought more water runoff, farmers downstream can still face water shortages for their crops and livestock.

Junyan says, “Across the region, glacial melt water is pooling into lakes and causing devastating floods. In spring, we’re seeing increased flooding, and then when water is needed most for irrigation later in the summer, we’re seeing shortages.”

The melting in the mountains could peak before 2030, after which snow melt would decrease sharply due to the smaller, fewer glaciers, according to China Academy of Sciences expert Shen Yongping. He warns that this could bring water crises to the region.