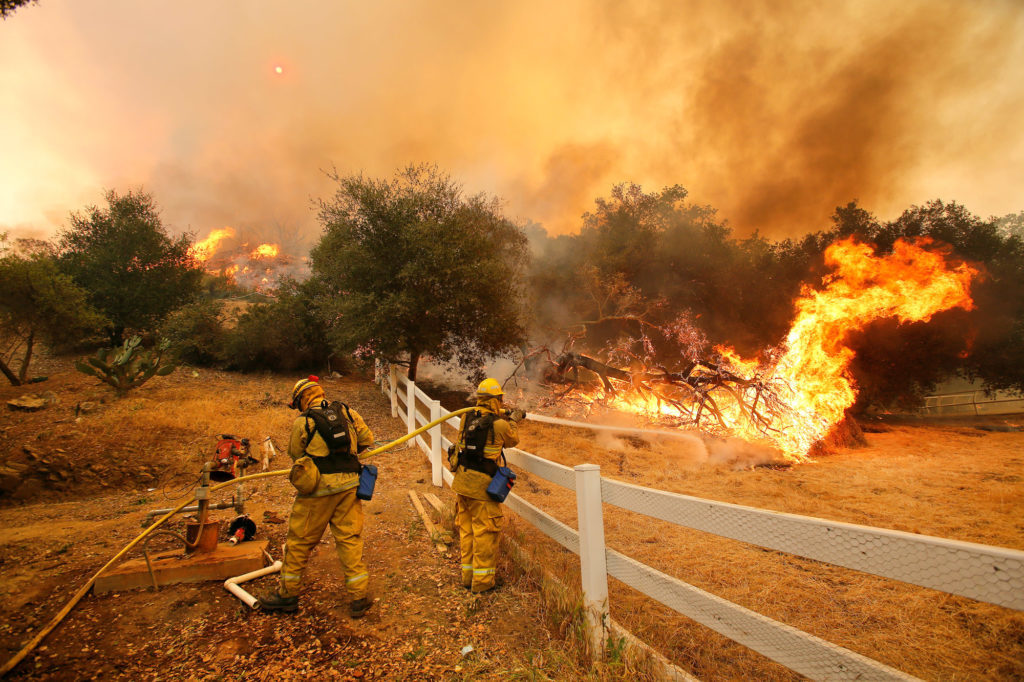 Climate change and land-use changes are worsening global wildfires, and world governments are not prepared for them.

Extreme wildfires are projected to become more intense and frequent, with experts predicting wildfire events increasing by about 50% by the end of the century, according to a new UN report.

The UN Environment Programme (UNEP) and GRID-Arendal, a non-profit environmental data centre based in Norway, released a report projecting how global warming and changes to land use patterns are making wildfires more frequent and severe. Global extreme fires is reportedly set to rise by 14% by 2030, 30% by 2050, and 50% by 2100.

The Western US, northern Siberia, central India, and eastern Australia have already experienced more blazes. But the study concludes that based on current trends, regions that were previously unaffected by wildfires will “very likely to experience a significant increase in burning.” Fires have now started to flare up in remote northern areas, in drying peatlands and on thawing permafrost.

Tropical forests in Indonesia and the southern Amazon of South America are also at risk of facing increased wildfires.

Extreme wildfires also destroy natural habitats and the wildlife that lives in them, driving many already threatened or vulnerable animal and plant species closer to extinction. For example, the 2019-2020 Australian bushfires saw nearly three billion animals killed or displaced.

The report warns of a worsening cycle as drought conditions and higher temperatures caused by climate change become more prevalent across the globe, increasing the risk of wildfires sparking and spreading. This in turn, releases more planet-warming carbon dioxide.

Aside from greenhouse gas emissions, land-use changes such as logging, which leaves behind and forests that are intentionally ignited to clear land for farming, will make global wildfires occur more easily.

But governments around the world are wholly unprepared for what’s to come, the authors of the report warn. While Greece has established a climate crisis ministry to respond to fires and provide disaster relief in September 2021 following months-long heat waves and rampant wildfires, most countries spend too much money and effort fighting fires directly, and not enough to prevent them in the first place.

The report was released ahead of the UN Environment Assembly in Nairobi, between February 28 and March 2, calling for a radical reallocation of financial resources “from reaction and response to prevention and preparedness” as well as a combination of data and science-based monitoring systems with indigenous knowledge for a stronger regional and international cooperation. Currently, planning and prevention receives less than 1% of funding while firefighting takes over half of the available budget, the report says.

“Current government responses to wildfires are often putting money in the wrong place. Those emergency service workers and firefighters on the frontlines who are risking their lives to fight forest wildfires need to be supported”, said Inger Andersen, UNEP Executive Director. “We have to minimise the risk of extreme wildfires by being better prepared: invest more in fire risk reduction, work with local communities, and strengthen global commitment to fight climate change”.