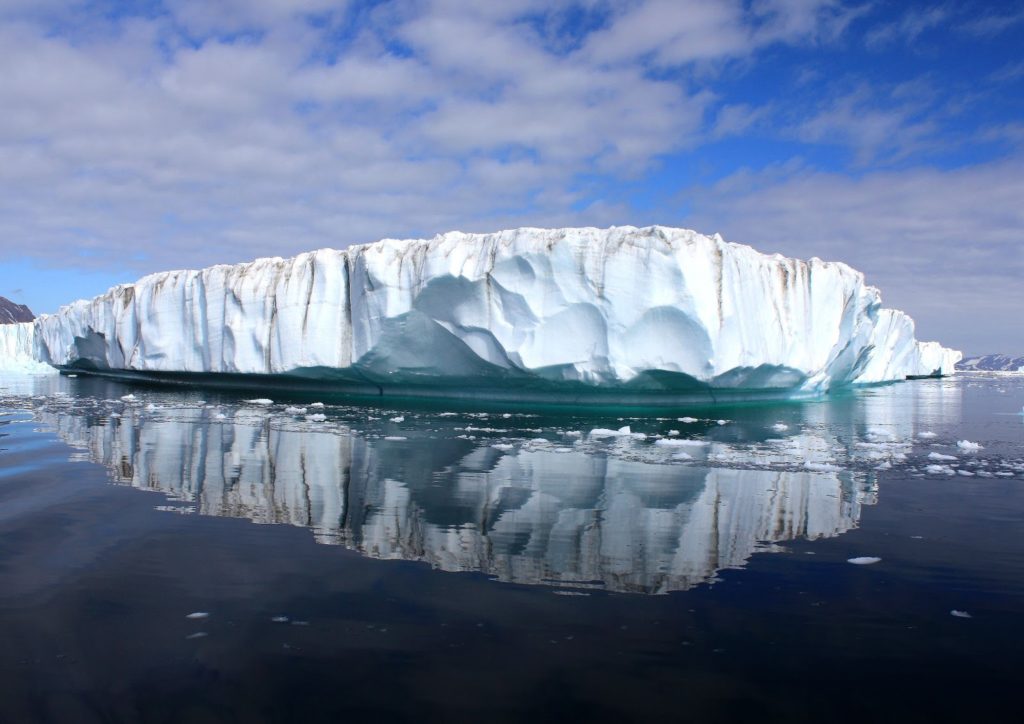 In mid-July, Greenland announced that it would suspend all oil and gas exploration endeavours, calling it a “natural step” because the government “takes the climate crisis seriously.” While no oil had yet been found around Greenland, officials had seen potentially vast reserves as a way to help the country achieve independence from Denmark. Will Greenland’s decision to ditch oil reshape how other Arctic nations approach their exploration of “black gold”?

Greenland is one of the most resource-rich regions of the Arctic. The decision to halt a 50-year exploration effort is significant as the government regards environmental health as more important than the financial benefits of becoming an oil producer. Greenland, an autonomous territory within Denmark that is home to 57,000 people, had been exploring the possibility of becoming an oil-producing nation to achieve independence by cutting the annual subsidy of 3.4 billion kroner (USD$540 million) they received from Denmark.

The US Geological Survey (USGS) estimates that around 17.5 billion undiscovered barrels of oil and 147 trillion cubic feet of natural gas are contained in Greenland’s offshore area. The Greenland government disclosed that these reserves of oil and gas are estimated to be worth approximately $2.9 billion.

While retreating ice could have exposed vast oil and mineral resources, exploration efforts since the 1970s were unsuccessful. Currently, the Greenlandic economy is heavily dependent on oil imports, having its own extraction and production would have made perfect sense. However, the collapse of oil prices and the risks for the environment, particularly for the important fishing regions were enough for the government to ditch oil. The government now wants to build more strongly on the expansion of renewable energy sources.

In a press release, the government said, “The Naalakkersuisut (government) takes the climate crisis very seriously. In addition, the decision was also made for the sake of our nature, of our hunting and fishing and to focus our business to actual and known potentials.”

Naaja H. Nathanielsen, the minister responsible for raw materials, said: “It is a decision where climate considerations, environmental considerations and economic common sense go hand in hand. The future does not lie in oil. The future belongs to renewable energy, and in that respect we have much more to gain.”

The current government, led by the Inuit Ataqatigiit party, will also stop uranium mining in the southern region of the territory. Greenland currently still has four active hydrocarbon exploration licenses.

However, as significant as Greenland’s decision is, it is unlikely to have a ripple effect on other Arctic nations ditching oil and instead pursuing renewable energy. Countries like Canada, Norway and Russia depend too much on the sale of oil.

Over the years, oil exports from Canada have been steadily increasing; in 2004, Canada exported 2.1 million barrels per day and by 2019, this reached over 4.68 million barrels per day. The country has the third-largest oil reserves in the world and is the world’s fourth-largest oil producer and fourth-largest oil exporter. Oil is a major industry in Canada; in 2020, oil and natural gas provided $105 billion to Canada’s GDP and supported more than 500,000 jobs. Until renewable energy is able to provide the same level of economic reward, Canada is unlikely to quit oil anytime soon.

Canada’s oil industry was hit hard by the cancellation of the Keystone XL Pipeline. Commissioned in 2010, it was intended to carry 830,000 barrels of heavy crude oil each day from fields in Alberta, Canada to Nebraska, US, to join an existing pipeline. Indigenous groups and environmental advocates fought against the pipeline for more than a decade, but Canadian officials long pushed for it, calling it a boon for the country’s oil industry.

On US President Joe Biden’s first day in office, he signed an executive order revoking the permit for Keystone XL. While Canadian Prime Minister Justin Trudeau expressed disappointment at Biden’s decision, he said he “welcomed the (US) president’s commitment to fight climate change.  If it had been completed, the project would have contributed approximately $2.4 billion to Canada’s GDP.

With a population of just five million, Norway is the world’s 14th biggest oil-producing country and the 8th biggest producer of natural gas, producing over 2 million barrels per day of oil. The government plans to continue to expand its oil and gas industry by handing out more licenses for fossil fuel exploration. In a policy paper submitted to the parliament, the minority government said it will “facilitate long-term economic growth in the petroleum industry.” While the policy proposal also includes measures to develop offshore wind, hydrogen and carbon capture and storage, it said “the petroleum sector will remain a significant factor in the Norwegian economy in the years to come, although not on the same scale as today.”

Under the 2020 OPEC+ – the group made up of the Organisation of the Petroleum Exporting Countries and its allies – oil output will be cut by 10 million barrels a day. Throughout the first quarter of 2021, Russia’s biggest oil company produced 3.7 million barrels of crude oil, marking a 19.2% drop year-on-year.

Russia is still producing oil at massive rates, but the country has been pushing harder for greater renewable energy investment. Renewable energy represents just 3.6% of the country’s energy mix, which will increase to 4.9% by 2030, thanks to its investment in wind and solar energy. Most of its energy will still be provided by fossil fuels.

So while the decision from Greenland is certainly welcome, it will likely not do much to convince other Arctic regions to change their ways as well. Unfortunately, because of the accelerating climate crisis, the ground will continue to melt in the region, not least thanks to the continued sale of fossil fuels by its Arctic neighbours.