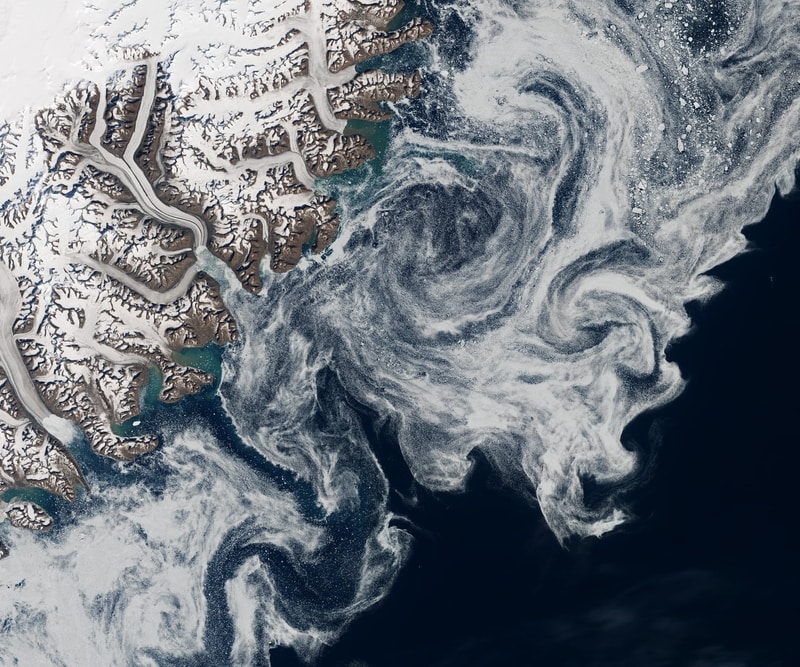 According to satellite data, the Greenland ice sheet lost a record amount of ice in 2019: an average of a million tons per minute throughout the year. The climate crisis is heating the Arctic region at double the rate than at lower latitudes, and the Greenland ice sheet will be one of the biggest contributors to sea level rise, which is already affecting coastline cities around the world.

Published in the journal Communications Earth & Environment, the research used data from NASA’s Grace satellites, which take gravity measurement and essentially weigh the mass of ice in Greenland. The researchers say that the scale of the 2019 loss was likely to be the biggest in centuries.

The Greenland ice sheet shrank by 600 billion tons in 2019. This, according to satellite data that has been collected since 2003, was more than double the annual average since then of 255 billion tons. Weather data and computer models allow for losses to be calculated back to 1948. Almost 96% of the ice sheet underwent melting at some point in 2019, compared with an average of 64% between 1981 and 2010. The researchers add that of record melt years, the top five has happened in the last 10 years.

The researchers attributed this massive ice loss in 2019 to “blocking patterns” of weather that kept warm air over Greenland for longer, occurrences which are becoming more frequent as the climate crisis accelerates. This pattern also caused low snowfall, which means that little ice was added to the sheet.

You might also like: Releasing Herds of Animals into the Arctic Could Help Fight Climate Change, Study Finds

However, the researchers found that in 2017 and 2018, there was unusually low ice loss, as this block pattern was reversed. This led to cold, snowy conditions over Greenland. However, they stress that ice was still lost from the ice sheet, and that cold years do not make up for the hot ones.

Ingo Sasgen of the Alfred Wegener Institute in Bremerhaven, Germany, who led the analysis, says, “2019 was really shocking and depressing in terms of the numbers. But it’s also not very surprising, because we had other strong melt years in 2010 and 2012, and  expect we will see more and more.”

Sasgen expresses further concern about feedback loop mechanisms that increase ice loss, like meltwater weakening the ice sheet and exacerbating its fall into the ocean. Warmer temperatures also melt the white snow on top of the sheet, revealing darker ice below, which absorbs more of the sun’s heat.

If the entire Greenland ice sheet melts, sea level would rise by six metres. However, the researchers say that cutting carbon emissions will reduce the sea level rise from the ice sheet, which will allow those living near coasts to move away.

Secondly, as glaciers retreat, they lose contact with warmer ocean waters and therefore melt less, and the melting of the sheet with warm air will take centuries, during which time the rise in global temperatures may be reversed.