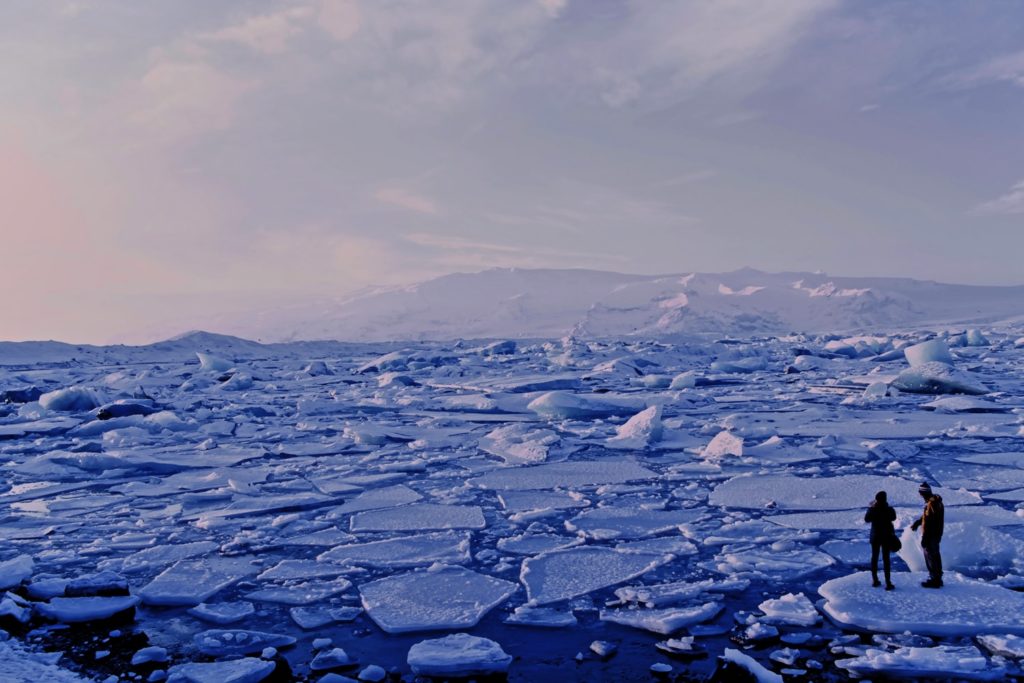 Greenland is the world’s largest island with a vast body of ice sheet covering 1,710,000 sq km, roughly 80% of the surface. The climate here has been exceptionally stable in the past 10,000 years. But the Greenland ice sheet is now changing drastically.

Greenland ice sheet is a relic from the ice age, when gigantic glaciers covered vast stretches of the Northern Hemisphere. The ice in most places–Canada, the northeastern regions of the US, and Scandinavia–had melted away about 10,000 years ago. Although the Greenland ice sheet has persisted so far, it may not, anymore.

Authors of a new study published in the journal Proceedings of the National Academy of Sciences estimates that the Greenland ice sheet is now sloughing off an average of 286 billion tons of ice per year. Two decades ago, the annual average was just 50 billion. An analysis of satellite data reveals that the mass loss has increased sixfold since the 1980s.

Another study published last year reconstructed the changes in Greenland’s ice sheet over the past 350 years using ice cores and satellite data, and cataloged the history of variations in the ice sheet.

The research team found that melting in Greenland ice sheet started to pick up shortly after the dawn of the Industrial Revolution in the mid-1800s, when humans started burning coal, oil, and natural gas in huge quantities, sending tons of heat-trapping greenhouse gases into the atmosphere.

Greenland gains some ice in the winter and loses some in the summer, but as the planet has warmed, the latter has outpaced the former. The ice sheet itself is also changing. The firn layer in the ice sheet, the boundary between snow and ice, is heating up and becoming denser. So water that would ordinarily trickle down through the snow and refreeze runs off the ice sheet instead.

The ice is also getting darker, as soot carried through the air and microorganisms like algae settle on the ice. Dark ice absorbs more solar energy and melts faster.

What does it mean to you?

Although Greenland is located faraway at the northern end of the Atlantic Ocean, the sheer volume of ice melting into the ocean will have global repercussions affecting all of our lives.

Nasa reveals that if the Greenland ice sheet were to completely melt into the ocean, sea levels would rise by about 7 meters (23 feet) globally. The Earth’s rotation would slowdown lengthening the days.

Greenland’s ice caps are currently the biggest single source of meltwater adding to the volume of the world’s oceans. They contribute about 20% of global sea-level rise, which is running at 4mm per year. All the melted ice has already contributed to more than 1.5 cm of global sea-level rise since 1972. Half of that increase came about in the last eight years alone. This pace is primed to double by the end of the century, according to the recent models used by the UN Intergovernmental Panel on Climate Change.

Rising water has already swallowed up at least eight low-lying islands in the Pacific Ocean. It also has increased coastal erosion. In Bangladesh and Thailand, coastal mangrove forests–important buffers against storms and tidal waves–are giving way to ocean water. Low-lying island nations, especially in equatorial regions, have been hardest hit.

Besides rising sea level, the relentless stream of meltwater threatens to disrupt oceanic currents stemming from the Gulf of Mexico that warm Europe’s coasts, contributing in no small measure to upkeeping the temperate climate north of the Mediterranean. Altering these currents, collectively known as the Atlantic Conveyor could lead to considerable changes in climate and rainfall patterns throughout the Northern Hemisphere.

Ice sheets act as a protective cover over the land and ocean. They reflect the majority of the solar radiation back into space, keeping the planet cooler. Once they melt away, the excess heat would remain in the atmosphere causing a so-called feedback loop, which will warm the planet further. This temperature increase in air and ocean will create more frequent and intense coastal storms like hurricanes and typhoons in the Northern Hemisphere.

Letting global temperatures get any higher could lead to irreversible mass loss of ice in Greenland. Cutting greenhouse gas emissions as aggressively as possible to limit the warming is the only solution. As the Intergovernmental Panel on Climate Change pointed out, limiting the temperature to 1.5C by 2050 would require an unprecedented global coordinated effort.