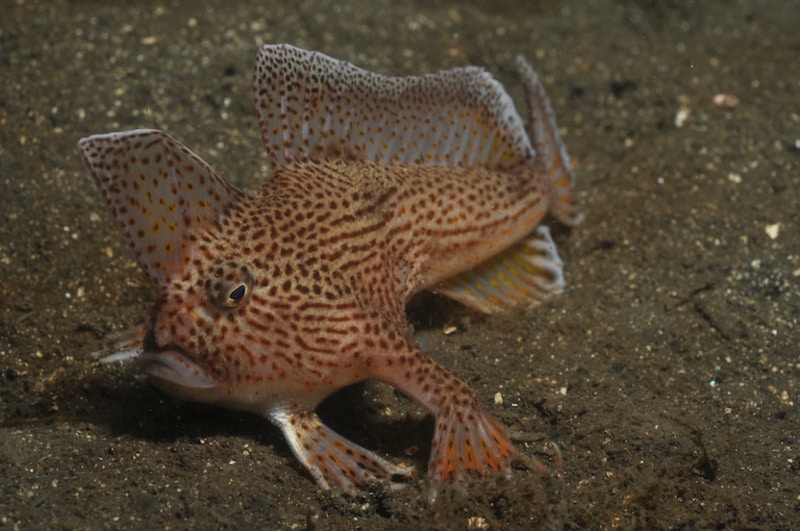 There is only one photo of the smooth handfish: an image of a withered, yellowing specimen with pectoral fins that extend like arms, and a triangular crest attached to the top of its head. Sometime between 1800 and 1804, French zoologist François Péron plucked this fish out of the ocean while voyaging through Australia, presumably in the shallow coastal waters of southeastern Tasmania. Since then, no other smooth handfish (Sympterichthys unipennis) has ever been spotted, and the fish that Péron collected became the holotype for the entire species. In March 2020, the IUCN officially declared the handfish species to be extinct.

The loss of this species may seem insignificant, especially since it hasn’t been seen for about 200 years, but it’s a noteworthy event: the smooth handfish is actually the first marine, bony fish to go extinct in modern times. While it could be argued that the New Zealand grayling (Prototroctes oxyrhynchus) was actually the first oceanic fish to die out, the grayling was migratory and spawned in freshwater, so wasn’t an exclusively marine fish.

Jessica Meeuwig, a professor at the University of Western Australia and director of the university’s Centre for Marine Futures, told Mongabay that the smooth handfish likely disappeared due to habitat loss and destructive fishing practices like scallop trawling, and that the species’ extinction is “indicative of broader problems in how we continue to manage our oceans.” 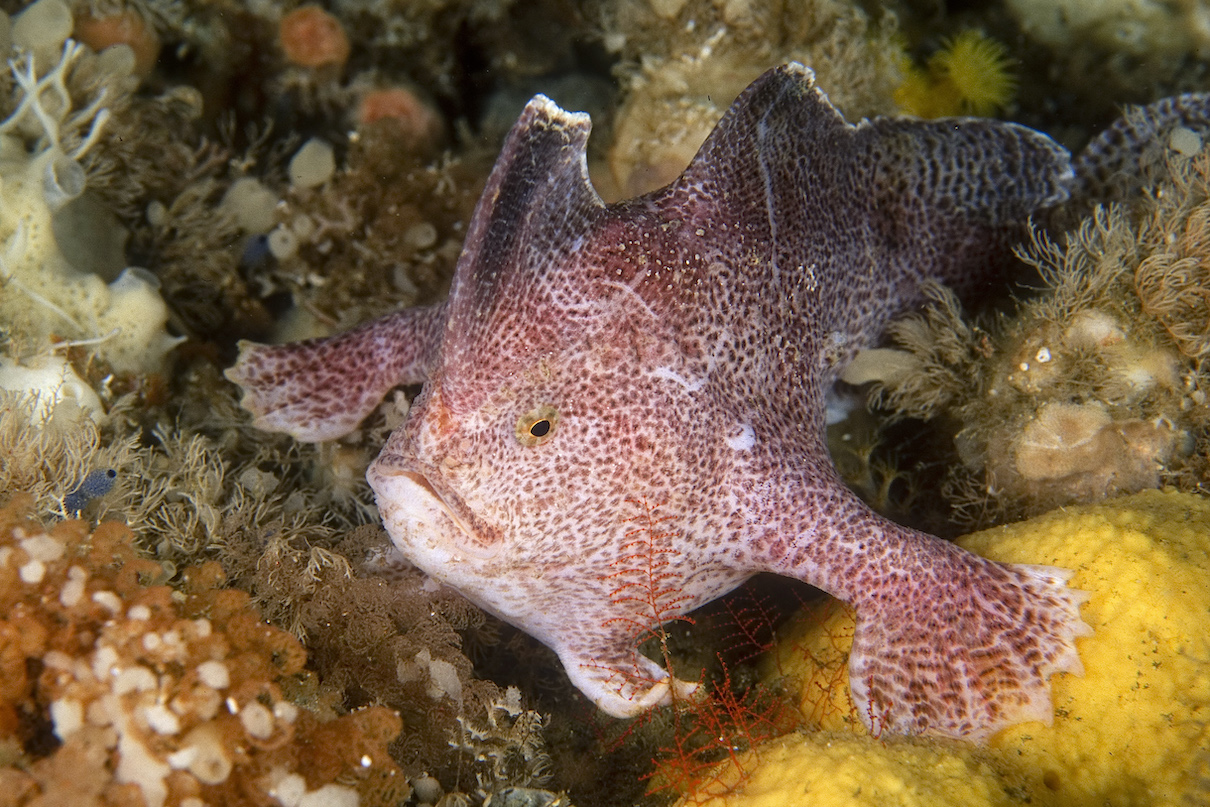 There are 13 other handfish species still living in Australian waters. While they come in many different shapes and sizes, handfish are characterized by their ability to “walk” on the seafloor with their pectoral and pelvic fins. They don’t have swim bladders to help control their buoyancy, so walking is their preferred source of transport. Handfish also have flamboyant antenna-like illiciums growing out of the top of their head to help lure prey.

Only four of the 13 handfish species have been spotted in the past 20 years, according to Jemina Stuart-Smith, a research fellow at the Institute for Marine and Antarctic Studies and manager of the Handfish Conservation Project. She told Mongabay this raises grave concerns about the species’ survival. One lost species is the critically endangered Ziebell’s handfish that lives on rocky reefs in the Tasman Peninsula. It hasn’t been spotted since 2007, and the team at the Handfish Conservation Project are urging the public to report any possible sightings in the last five years.

“Survey effort around Tasmania as part of a larger marine monitoring programs has resulted in more than 7653 underwater surveys since the early 1990s in Red and Ziebell’s habitat,” Stuart-Smith said in an email. “None [no Ziebell’s handfish] have been observed at additional sites from these surveys.”

While the Ziebell’s handfish is missing, conservationists are currently using a number of techniques to try and protect the other critically endangered handfish, the red and the spotted. This includes habitat restoration and management, public awareness campaigns, and the consideration of starting a captive-breeding program, according to Stuart-Smith. Scientists are also trying to learn as much as they can about the species to inform these conservation efforts.

“I think people should be concerned about the extinction of any species, especially ones that humans are likely to have caused,” Stuart-Smith said. “We don’t know enough about handfish to know what their ecological role is [and if extinction] will impact the ecosystems that they are a part [of], or whether it [the underlying causes] will lead to other extinctions. The Smooth handfish became extinct before we had a chance to study them.”

“Whilst most have not heard of the handfish, it is emblematic of the need to effectively protect marine biodiversity,” Meeuwig said. “Whilst the smooth handfish is now permanently extinct, placing 30% of the oceans in highly protected marine parks, secure from exploitation, as recommended by much of the scientific community … will help ensure other marine wildlife does not follow the fate of the smooth handfish, with the additional benefit of building ocean resilience in the face of climate change.”