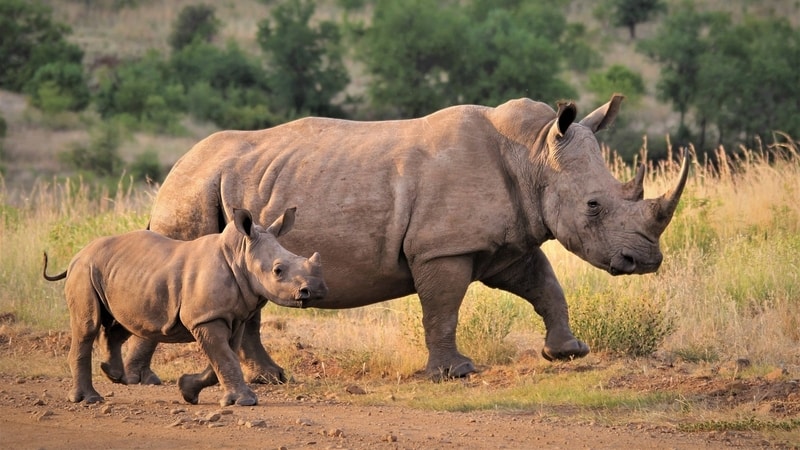 Rhino poaching in South Africa fell by 53% in the half of 2020, owing partly to COVID-19 travel restrictions and lockdowns in the country that have hindered poachers and international smuggling rings.

According to Barbara Creecy, the minister of environment, forestry and fisheries, during the first six months of the year, 166 rhinos were poached in South Africa, compared with 316 in the same period of 2019. Creecy says, “We have been able to arrest the escalation of rhino losses.”

The ministry owes its success to slowing the rate of poaching to a decade of strategies and supply chain disruptions stemming from travel restrictions during the country’s national lockdown from COVID-19. However, the ministry warns that as lockdown restrictions have been gradually eased and game parks reopened, so too has rhino poaching slowly increased.

From when a lockdown was implemented on March 27 until the end of June, 46 rhinos were killed across the country, according to the ministry.

South Africa has for years battled rhino poaching. In 2019, poachers killed 594 rhinos and in 2018, 769 rhinos were poached. There is still high demand for their horns in Asia, mostly coming from China and Vietnam, where the horn is used in traditional medicine, an aphrodisiac or a status symbol. It is normally sold in powdered form and is touted as a cure for cancer and other diseases, despite being made of the same substance- keratin- as in human fingernails and hair.

You may also like: China Bans Wildlife Trade: Will it Work?