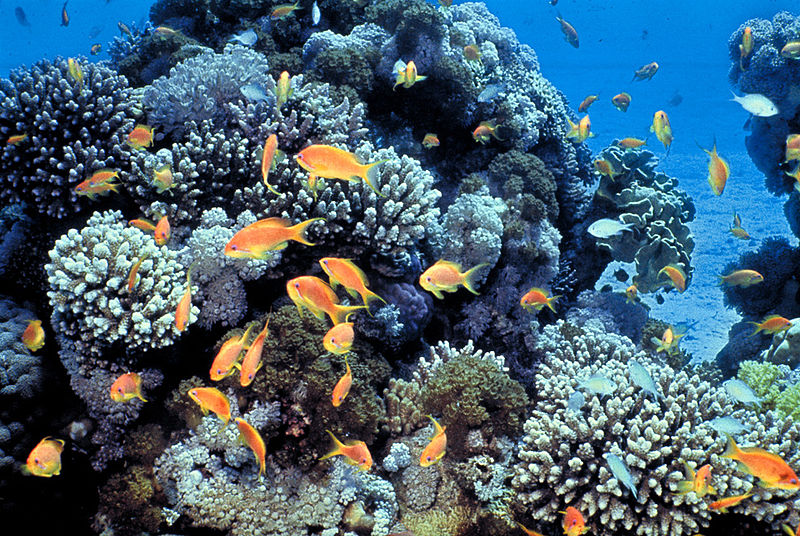 Scientists have found that coral reefs in the Gulf of Aqaba at the northern tip of the Red Sea are capable of withstanding temperature increases of up to seven degrees Celsius, providing an opportunity to replicate these heat-resistant corals in other parts of the world to prevent reefs from dying off amid increasing temperatures and consequent bleaching events.

In the study conducted at the University of Eilat, the coral taken from the Gulf was able to withstand temperature increases of up to seven degrees Celsius. In fact, Maoz Fine, who led the research, says that these heat-resistant corals showed improved physiological performance at higher temperatures.

Despite ocean-surface temperatures in the area warming at the same rate as elsewhere, coral species there have never suffered a documented bleaching event, showing that a large range of corals along the 4 000km Red Sea reef are uniquely resistant to the climate crisis.

Coral reefs around the world are regularly undergoing mass bleaching events as a result of excessively high ocean surface temperatures along with acidification. The Great Barrier Reef, for example, has suffered three mass bleaching events in five years. Half of the world’s coral reefs are thought to have died in the past three decades, and up to 90% of existing coral reefs may die off by 2050.  This new discovery has confounded scientists.

Anders Meibom, a researcher with the Institute of Earth Sciences at the University of Lausanne, says, “This is the only coral reef ecosystem that has a change to withstand the two- to- three degrees of extra heat that we’ll now unavoidably have by the end of the century.”

The implications for coral reefs elsewhere in the world are still being studied. As direct transplants of coral species to other reefs may lead to failure, figuring out how the Red Sea heat-resistant corals survive the extreme conditions then steering the evolution of species could be another possibility.

Issues arise however, since scientifically assisted evolution takes time and the research into the Red Sea corals is still in its early stages. “We don’t really know what is going on biologically that allows these corals to thrive with temperature disruptions that are killing coral in other places,” says Karine Kleinhaus, a professor of marine science at Stony Brook University in New York.

The Red Sea feeds into the Indian Ocean through a strait between Djibouti and Yemen. More than 2.5 million years ago, the strait receded, cutting off the Red Sea and rendering it inhospitable. Kleinhaus says that it got ‘hot and super salty, and just about everything died’. When the ice caps melted, the strait reappeared and plant and animal life came back. The coral species that made the journey north through the Red Sea underwent generations of evolutionary selection. “Only those who could withstand the very high salinity and temperatures could move north and colonise,” Kleinhaus says.

Scientists believe that many of the coral species that inhabit the Red Sea today were forged by that migration and can survive- and even flourish- in ocean temperatures hotter than those forecast.

The Gulf of Aqaba’s coastline is divided among four countries: Egypt, Israel, Jordan and Saudi Arabia.  It will be a challenge to get these four governments- not all of whom recognise each other’s existence- to work together.

The progress of research is further slowed by lack of funds and the travel bans from the coronavirus, as well as the regions’ tense politics. Gathering scientists across regions to form a research expedition has been hindered by Saudi Arabia’s reluctance to allow Israeli scientists in its territorial waters.

Threats to the reef such as pollution, sewage, and unsustainable development will certainly accumulate, threatening the Red Sea coral reef therefore, countries need to willingly coordinate methods to attract more funding and advocate to protect the ecosystem.

Olivier Küttel, from the Swiss Federal Institute of Technology in Lausanne, says, “No one country can protect it alone. Egypt can do well, but if Saudi Arabia, Israel or Jordan do poorly, they can very rapidly destroy the whole ecosystem.”

Jordan’s King Abdullah II is among those lobbying to have the reef recognised on UNESCO’s Marine World Heritage List, in the hopes that it will raise the status of the area, make it easier to attract funding for research and pressure governments to protect it.