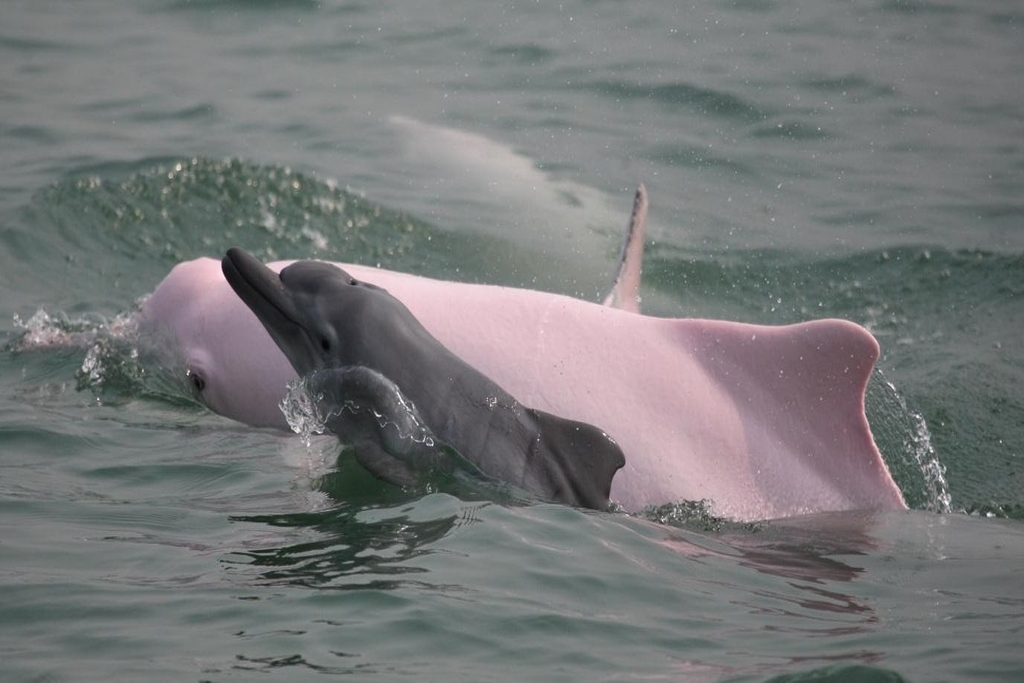 In an exclusive interview with Earth.Org, Prof. Cindy Lam at the Department of Ocean Science at The Hong Kong University of Science and Technology (HKUST), who has a research interest in marine chemical ecology, larval biology and marine conservation, explains the environmental impacts of shoreline reclamation in Hong Kong and possible solutions to protect Hong Kong’s marine ecosystems.

Hong Kong is a coastal city with over 260 islands. More land is needed to support the high population density and rapid urban development, and shoreline reclamation is one way to obtain more land in the city.

Earth.Org interviewed Professor Cindy Lam Ka Sin, who focuses on marine conservation and ocean science at HKUST, and talked about environmental problems brought about by shoreline reclamation, its threats to marine animals in Hong Kong and potential solutions to increase land space with minimal impact on the ocean.

Q: What are the environmental impacts of shoreline reclamation on Hong Kong?

A: Shoreline reclamation may change natural coastlines and reduce biodiversity in coastal habitats. Since pollutant sediments sink to the seafloor, the reclamation may re-suspend the sediments and reduce visibility in seawater, and also re-suspend chemical pollutants (both organic and inorganic). Increasing water turbidity may block sunlight and prevent vegetation from undergoing photosynthesis while fish may be suffocated as sediments block their gills and reduce gaseous exchange. Methyl mercury (an organic pollutant) may be re-suspended in water which then enters into zooplankton and small fish by direct contact through skin and filtering water in gills. Due to its chemical properties, this will increase the toxicity in the marine food web.

Q: Are there any special or iconic local marine species in Hong Kong that are threatened by shoreline reclamation?

Another example is the Chinese White Dolphin. Due to the airport being built in Chek Lap Kok and development in Tung Chung, the number of Chinese White Dolphins in Hong Kong waters has dropped to a historic low of 32 individuals, a decline of 30% in 2019 compared to data released in the previous year, according to the 2019 Marine Mammal Monitoring Report issued by the Agriculture, Fisheries and Conservation Department (AFCD).

Q: Other than shoreline reclamation, are there any other human activities that threaten marine ecosystems?

A: ‘Mercy release’ is still a common practice in Hong Kong, whereby religious people purchase non-native marine species for release. For example, Sabah Giant Grouper, a hybrid species of the tiger and giant grouper, was originally crossbred in laboratories to reduce overfishing of wild groupers for food. Some religious people buy this inexpensive species from markets and release them into the water, holding the belief that this practice could create good karma and bring good fortune in their life. Unfortunately, this rapidly-growing carnivorous fish could be invading Hong Kong waters, competing for resources with native marine species and polluting the native gene pool of the local ecosystem. Public education needs to be improved in these areas.

Q: Are there ways to minimise environmental impacts when shoreline reclamation is carried out? Is relocation of marine species an effective method?

A: I think the most effective way is to minimise the shoreline reclamation. If the reclamation cannot be avoided, a baseline study should be conducted to understand the biodiversity at the site. If rare species are present at the site, protection measures should be implemented.

While some people would suggest relocation of marine species, yet, there are limitations to this method and its effectiveness remains uncertain. One example is the relocation of marine species in Lung Mei Shore, a stretch of natural seashore near Tai Mei Tuk in Tai Po. In the 2000s, the government proposed to construct an artificial swimming beach at Lung Mei Shore. Despite pleas from green groups to cease the project, it was approved by the Town Planning Board. An Environmental Impact Assessment for the project was carried out, but it recorded fewer than 30 species of organisms and concluded the site to have ‘low’ biodiversity. Only a few species such as starfish and sea urchins were relocated, leaving many other species such as snails and fiddler crabs behind. With continuous field research being done by HKWildlife, a local web forum of nature enthusiasts, more than 300 species have been recorded in Lung Mei Shore since 2008, classifying the site as having ‘high’ biodiversity.

Q: What work has been/ could be done to protect the marine ecosystems?

A: We could make our shorelines more eco-friendly. Under land reclamation, concrete blocks are used to construct a seawall. However, concrete is not eco-friendly for marine organisms. During summer, concrete seawalls tend to heat up quickly, with temperatures reaching 50 degrees Celsius, which is too hot for many marine animals and could kill them. Another problem with concrete seawalls is that their surface is too smooth, so microorganisms or algae have no shelter to survive. This fails to provide food for larger marine animals such as snails and limpets, and eventually breaks the food chain and reduces shoreline biodiversity.

To mitigate this problem, ‘bio-concrete’ is being tested. ‘Bio-concretes’ are concrete blocks with oysters attached to them to create grooves and ridges on the blocks so as to mimic natural rocks that are eroded by wind and seawater.  This design aims to provide a shelter for marine animals to live and reproduce, and for smaller species to escape from their predators. This could recreate natural habitats lost to land reclamation.

Q: Is there a final message you would like to give to raise people’s awareness in protecting the marine ecosystem?

A: Hong Kong likes to adopt the ‘development first, conservation later’ approach. People have the false feeling that we can preserve habitats and species after development. But is it really the case? We know that the answer, looking at Chinese White Dolphins, finless porpoises, horseshoe crabs and corals, is no.