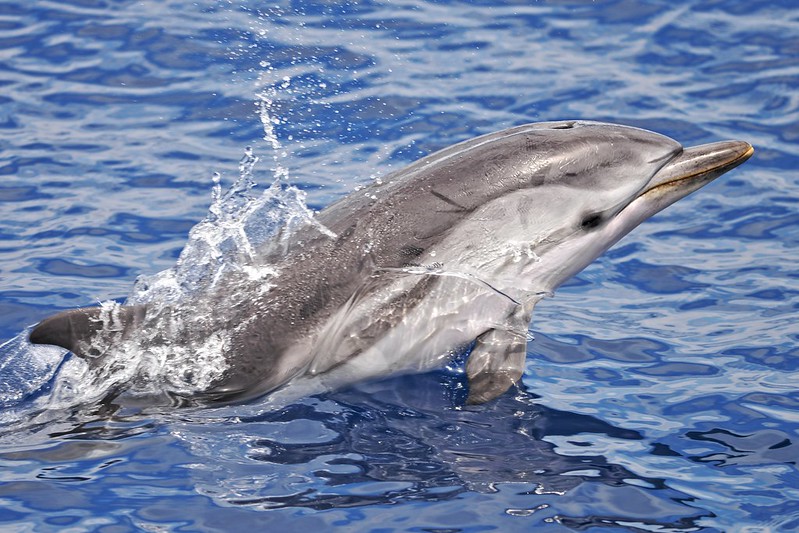 In 1990, a marine protected area in the Mediterranean was proposed that would be twice the size of Switzerland and would be a sanctuary for whales and dolphins. The feasibility of this project was doubted, but the Pelagos Sanctuary was indeed established, albeit almost 10 years later when France, Italy and Monaco signed a joint declaration to establish the area. It is the first high-seas as well as the first supra-national protected area in the world.

The Mediterranean is a small enclosed sea between Europe and North Africa, connected to the Atlantic Ocean by the Strait of Gibraltar. The Pelagos Sanctuary marine protected area covers a large part of the north-western Mediterranean, almost 90 000 sq km. It has one of the highest concentrations of cetaceans in the whole basin and includes both a deep-water and a shelf-slope habitat, suitable for the breeding and foraging needs of cetaceans.

There are eight species of whales and dolphins regularly spotted in the Mediterranean. Among the most iconic species is the gigantic common fin whale (Balaenoptera physalus), the second largest species on earth, which visits the area to feed on small crustaceans, especially in summer. Another is the sperm whale (Physeter macrocephalus), the largest of all toothed whales. Other resident species are pilot whales (Globicephala melas), Risso’s dolphins (Grampus griseus), striped dolphins (Stenella coeruleoalba), bottlenose dolphins (Tursiops truncatus), Cuvier’s beaked whales (Ziphius cavirostris) and the short-beaked common dolphin (Delphinus delphis).

You might also like: A Rare Black Rhino is Being Released to Tanzania from the UK as Part of Conservation Efforts

The most common species in the area is the striped dolphin. They can easily be spotted in high waters, often approaching the boat and bowriding, while the somewhat larger bottlenose dolphins are found only in coastal waters.

The Tethys Research Institute, a non-profit NGO based in Italy, first proposed the establishment of a large biosphere reserve in the north-western Mediterranean, as its studies found that this was the most important habitat for cetaceans, due to its high species diversity and abundance. The area also has intense biological activity, has critical habitats for a number of pelagic species, and provides important opportunities for research. Finally, it has a rich and highly diversified food chain: it goes from tiny algae (phytoplankton) to animal plankton like small swarming crustaceans, which, in turn, attract various predators.

Coastlines bordering the sanctuary are predominantly rocky, especially to the north and, accordingly, the continental shelf is mostly narrow and disseminated with steep, deeply-cut submarine canyons. A current flowing in a westerly direction along the coast of Liguria and mainland France, and the typical local prevailing north-westerly wind (“mistral”) all contribute to generate vertical mixing and upwellings, which lift up nutrients from the deep waters, boosting the whole food chain.

However, the sanctuary must coexist with very high levels of human pressure. The greater part of the coastal areas on the mainland bordering the sanctuary is heavily populated with cities, industrial areas, commercial and military harbours. Furthermore, all the coasts along the sanctuary contain important tourist destinations. As a consequence, cetaceans are threatened by the intense maritime traffic which causes underwater noise and a growing risk of collisions with high-speed vessels. Other threats include habitat loss and degradation, pollution and entanglement in fishing gear.

While the establishment of the sanctuary was the first of its kind in many respects, making it a safe place for fin and sperm whales, for dolphins, and also for sea turtles, devil-rays, sunfish and many many other species, is not an easy task. Cetaceans may be its most iconic representatives; they are vulnerable, precious and unique. Their conservation is therefore vital.

Tethys was founded in 1986 by a small group of passionate biologists who wanted to study whales in the Mediterranean at a time when few people were even willing to believe there were large whales along the Italian coasts. Their aim was to conduct sorely needed studies to build a basis for the species’ conservation. By the end of the 80s, they started their first citizen science project offering paying volunteers to join the expeditions at sea and to help researchers gather their data. Another such project in Greece is ongoing, with the same formula. 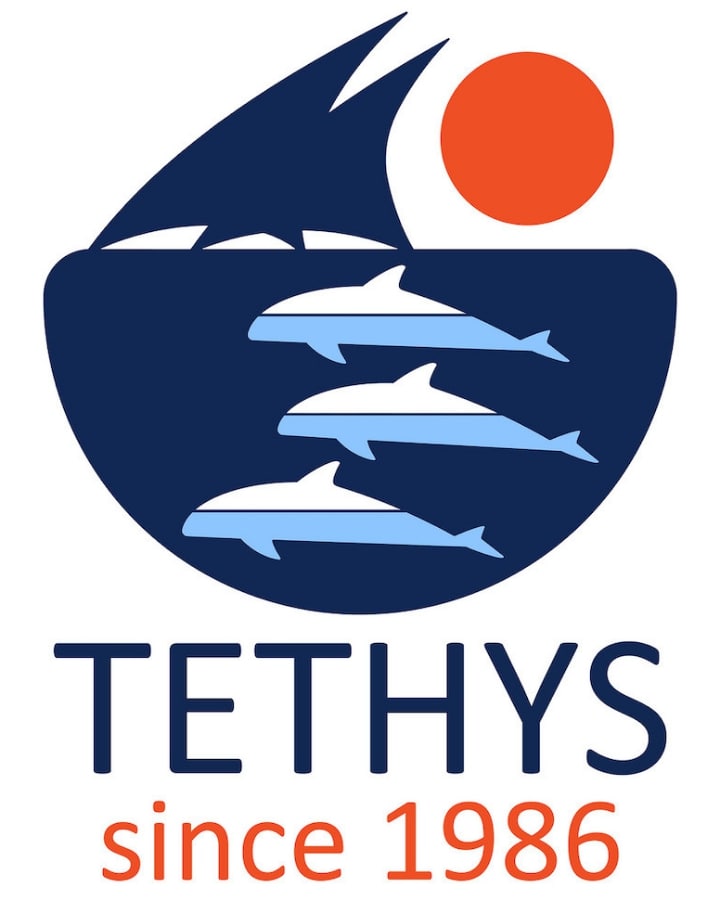 The Tethys Research Institute is a non-profit international research organisation supporting marine conservation through science and public awareness, founded in 1986 and headquartered at the Civic Aquarium of Milano, Italy. Tethys’ main goal is the conservation of the marine environment, achieved through the provision of scientific knowledge to conservation policy, the participation in the international conservation process, and public awareness. Over three decades of work, Tethys has generated one of the largest datasets on Mediterranean cetaceans, and communicated the results of its research in hundreds of scientific publications. In 1991 Tethys was the first to conceive and propose the creation of an iconic protected area, the Pelagos Sanctuary for Mediterranean Marine Mammals, the world’s first to be established beyond national jurisdiction. Since 1987 Tethys has involved, as research volunteers, thousands of citizens from all over the world in its conservation activities. Funding to Tethys derives from government and EC grants, private donors, and contributions from research volunteers. The work of Tethys is based on the collaboration of approximately 30 associates and assistants. See their work at https://www.tethys.org/.