Conservation companies are using Google’s Wildlife Insight Initiative to identify and monitor some of the world’s most endangered species. The TensorFlow database and Google Cloud help environmentalists take initiative when ecological degradation interferes with a species’s stability and safety.

As the digital age advances, researchers notice the impacts of technology on global environmental sustainability. Mining for materials, manufacturing, and distribution processes all contribute to environmental degradation. The technological boom is showing few signs of slowing down, and professionals are evaluating sustainable solutions.

The Rise of Endangered Species in North America

When individuals consider environmental degradation, they typically picture glacier depletion and stranded polar bears. Though the arctic bear became the face of climate change decades ago, and it now represents a larger ecological challenge; biodiversity loss is causing a ripple effect of destruction across the global ecosystem.

The driving factor of endangerment and biodiversity loss is human interference. Overexploiting resources, deforestation, atmospheric and surface-level air pollution, and greenhouse gas emissions directly affect the security of different species. When we mine for rare elements like lithium, we disturb local ecosystems and worsen biodiversity loss.

Another species endangered by ecological changes is the ivory gull. There are roughly 8,000-11,500 bird pairs left on Earth for reproductive purposes, placing them on the International Union for Conservation of Nature (IUCN) Red List. The ivory gull breeds on ice in the Arctic, and rising temperatures degrade their habitats, minimising their ability to procreate.

In response to growing threats to biodiversity, environmentalists established the 1973 Endangered Species Act. The US began tracking population sizes and categorising species as endangered and threatened. It also developed laws and regulations regarding humanity’s impacts on habitat interference.

US Government officials established fines for individuals going against the Act but regulating and monitoring species’ population sizes and human-caused degradation can be a challenge. Conservation projects use cameras and microphones to collect data to track and record wildlife behaviour and movements. But it can take a significant amount of time and human power to filter through all that information.

To support this effort, Google has developed a technological solution using AI and a cloud system to help evaluate the ecological challenges, and established the Wildlife Insights Initiative.

What Is the Wildlife Insights Initiative?

When researchers conduct in-person biodiversity evaluations, they can scare away 90% of wildlife creatures. However, motion-activated cameras can pick up timid animals that retreat in the presence of humans. The cameras can also deliver data to remote conservation specialists in real-time, speeding up the analysis process.

The AI platform additionally filters the content autonomously, placing the images in different categories. It identifies different species and separates data based on the processing results. The technology decreases stress on preservation analysts and reduces detection times.

The tech company collected millions of images from its partners, creating the TensorFlow training dataset. With the aid of the Google Cloud platform, it increases the efficiency and reliability of the technology to provide two key features: blank image filtering and species classification.

Blank image filtering assesses the importance of content and removes unnecessary footage from the system. Google uses this sophisticated technology to increase the accuracy of the system, and removes any images that don’t feature animals, thus improving the data’s usefulness.

TensorFlow also uses high-tech AI to categorise the footage. The system contains more than 12 million images, collating a significant portion of humanity’s historical knowledge. All conservation specialists have access to the database, which improves the shared knowledge and levels of global biodiversity.

The Benefits of Using AI in Wildlife Conservation Projects

Using data visualisation to filter TensorFlow’s content, researchers can assess digital information at a similar processing speed as the human mind. It’s possible to take in nearly 10 million bits per second of content, improving our ability to make quick and effective decisions. Improving the digital data processing and projection speeds can as a result, increase the response times of conservation specialists.

Government officials can also use this information and technology to protect endangered species, establishing necessary regulations effectively. Over the past 40 years, Earth’s biodiversity decreased by nearly half, which has caused widespread adverse effects. With the AI system in place, it can effectively identify and process wildlife data that can help individuals preserve the global ecosystem. Maintaining organic biodiversity levels is crucial in protecting the natural resources we rely on.

The Impacts of Using AI in Wildlife Conservation Projects

Of course, there are considerations to think through when introducing technology into conservation efforts. For example, one disadvantage of using AI to protect wildlife is its large carbon footprint. Google’s Cloud and the TensorFlow system rely on computer power. Researchers predict computers and other information technologies produce up to 3.9% of global greenhouse gas emissions.

Some environmentalists believe the benefits of AI technology outweigh the atmospheric challenges. Others think society can more effectively protect global biodiversity by changing its consumption patterns.

How You Can Protect Endangered Species in the US

Individuals can make an impact on biodiversity by supporting the goals of various endangered species preservation acts. Decreasing surface-level and atmospheric greenhouse gas emissions is the most effective way to minimise ecological degradation. By shrinking your carbon footprint, you can help to maintain habitat stability and resource conservation, as well as  minimise forced migration of species.

Additionally, individuals can decrease their reliance on harmful products, like lithium-ion batteries and soy, which contribute to deforestation and other forms of surface-level destruction. Over time, independent efforts may make a significant difference, along with increased species protection to ensure lasting biodiversity. 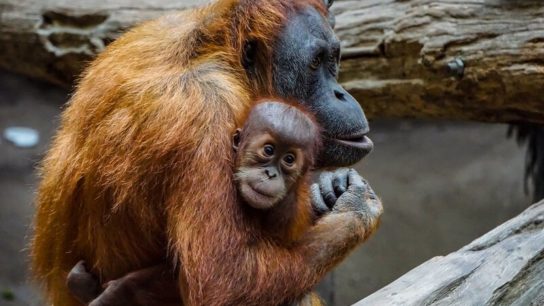