How the Growth of Algae Will Impact Freshwater Availability 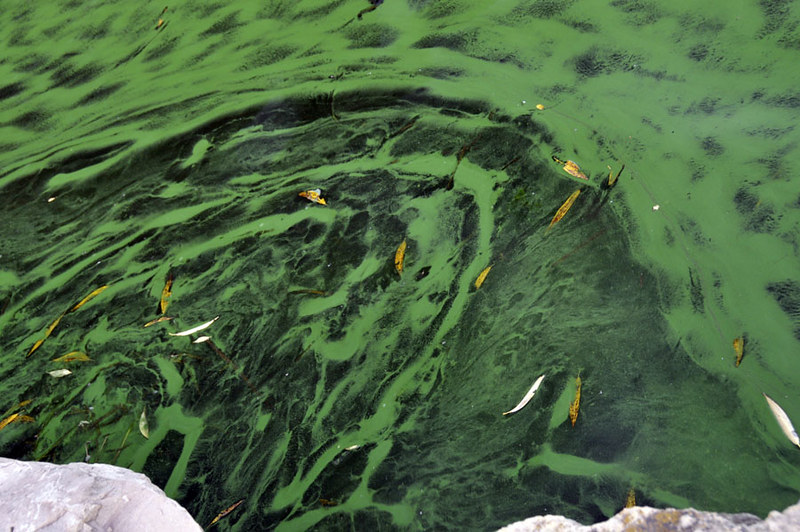 Algae is a diverse group of aquatic, plant-like organisms with simple structures, varying from single-celled phytoplankton (microalgae) floating in the water to large seaweeds (macroalgae) attached to the ocean floor. These algae colonies can grow excessively and produce toxins under favourable environmental conditions, such as increased temperature and nutrients. Many harmful algae blooms often occur in bodies of freshwater and occasionally in marine water, posing a threat to aquatic ecosystem health and human drinking water supplies.

Most phytoplankton are microscopic organisms, but they can grow in colonies large enough to be noticeable to the human eye. In freshwater, phytoplankton are made up of green algae and cyanobacteria, also known as blue-green algae; whereas marine phytoplankton are mainly composed of microalgae known as dinoflagellates and diatoms. They are key primary producers (photoautotrophs) that support biogeochemical cycling, structure of food web and the sustainability of aquatic ecosystems.

An algal bloom is a rapid increase in algae populations in freshwater or marine water systems, resulting from an excess of nutrients in water, particularly phosphorus and nitrogen, in a process known as eutrophication. These blooms can occur seasonally, after an upwelling of nutrient-rich water, or due to pollution from human activities such as agricultural runoff, inadequate sewage treatment and runoff from roads. The presence of high levels of nutrients together with warm, sunny and calm conditions, create an ideal environment for phytoplankton productivity. However, algal blooms may also be of concern as some species of algae produce toxins. Moreover, when the abundant algae die off and decompose, the dissolved oxygen content decreases, causing hypoxic, or “dead” zones, conditions in which marine life cannot survive.

Cyanobacteria are often the species of toxic algae and commonly live in freshwater. Excessive growth of cyanobacteria can release cyanotoxins, resulting in harmful algal blooms (HABs), which cause damage to freshwater ecosystems and the economy, harm wildlife, livestock and pets, threaten public health and contaminate drinking water supplies.

You might also like: More Ice-free Years For Northern Hemisphere Lakes Are Predicted Due To Climate Change

However, cyanobacteria are just one growing concern that water utilities face. While not all cyanobacteria produce cyanotoxins, some produce unpleasant taste and odours. They can also interfere with the process of drinking water treatment, by increasing the occurrence of potentially harmful disinfectant byproducts. The cost of removing cyanotoxins in drinking water is also expensive and is typically passed on to water customers.

For example, in 2014, a harmful algal bloom event occurred in Lake Erie (North America) that left more than 400 000 people in the city of Toledo without a usable water supply for two days. The toxic algae overburdened the local drinking water supply utility and made their way into the water supply system. To cope with the contamination, the city allocated USD$4 million for water treatment chemicals.

Climate change is increasing the frequency and severity of HABs due to warming water temperatures, more sustained droughts and increased flooding. Droughts can reduce the flows in freshwater bodies and increase competition for ever-scarcer freshwater supplies. The remaining water in the water bodies will become warmer and more stagnant. Low flows in waterways may also reduce dilution of and increase the concentration of nutrients, which stimulate algal growth. On the other hand, heavy rainfall events can induce more algal blooms by flushing large amounts of sediments and nutrients into water systems through runoff.

According to Paerl et al. (2018), the linkage between excess nutrient inputs and HABs has been widely recognised in European and North American waters impacted by large-scale agriculture, industrialisation and urbanisation. There is also a rapidly increasing trend in developing regions of Asia, Central and South America, Africa, Australia−New Zealand and the Pacific Basin. Human hydrologic modifications such as water withdrawals, diversions and dams have additionally altered the flow regimes of water and nutrients entering aquatic ecosystems.

Furthermore, research published in Nature in 2019 indicated that harmful algal blooms are intensifying in many lakes worldwide based on 30 years of the US’ Geological Survey’s Landsat 5 satellite images (1984 to 2013). These blooms often appear as thick, green goop on or near the surface of a waterbody, and the colour changes in the water can be detected by satellites. The study examined 71 lakes located in 33 countries on 6 continents and discovered that the intensity of summertime algal blooms increased in 48 out of the 71 lakes (68%). The six lakes that experienced the least amount of warming over the 30-year period demonstrated a decrease in bloom intensity. Hence, the findings suggest that warming waters may be a key factor contributing to algal blooms.

In terms of economy, freshwater blooms result in losses of more than $4 billion annually in the US alone. Toxic algal blooms not only affect drinking water supplies, but also aquatic food production, fishing, recreation and tourism.

The successful control and management of harmful algal blooms is complex and requires the collective efforts of scientists, policy makers and citizens. It is necessary to develop water quality management strategies to account for the interactions between climate change and local hydrological conditions. One of the authors in the Nature study also recommended cutting carbon emissions to prevent freshwater algal blooms. People can further reduce and control the discharge of manure and fertilisers into waters in order to protect our ecosystems and reduce the occurrence of HABs. Additionally, forecasting algal bloom events is important for solving the problems of HABs in drinking water sources by using monitoring tools with satellite technology. Therefore, blooms can be predicted and water treatment plans can prepare accordingly.