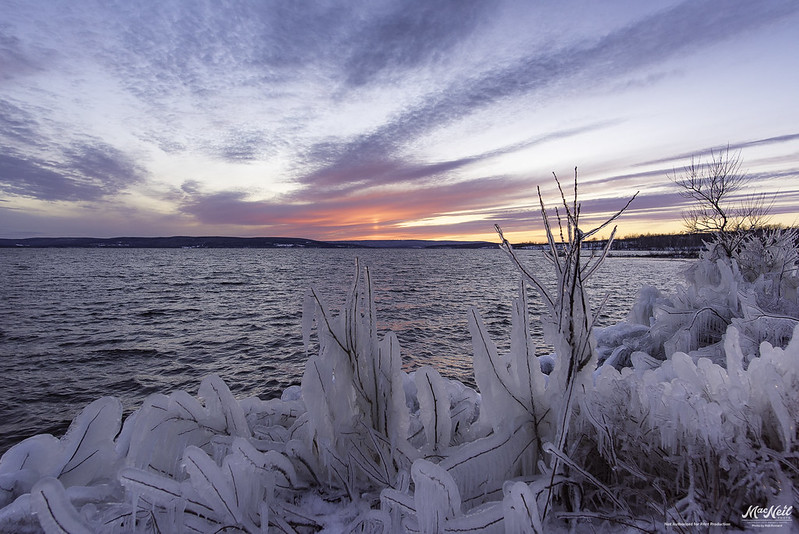 A recent study has found that rising winter temperatures have made lakes in the Northern Hemisphere over three times more likely to have an ice-free year compared with 80 years ago. Given the importance of lake ice cover for local communities and freshwater ecosystems, this could have significant socioeconomic and ecological implications.

Over 50 million of the world’s 117 million lakes freeze each winter. In the Northern Hemisphere, lake ice is typically present for up to six months between December and May. As lakes are particularly sensitive to variations in weather conditions, the amount of ice cover seen each winter can serve as a useful indicator of climatic changes.

Years in which lakes do not have total ice cover for at least one day are known as ice-free years. These are considered extreme climatic events, as the loss of lake ice can alter the conditions of freshwater ecosystems irreversibly. Moreover, such years have become more frequent and more severe in recent decades. Since the 1970s, over 15 000 lakes in the Northern Hemisphere have seen ice-free years, and it is becoming increasingly common for lake ice to break up earlier, freeze later and last for a shorter duration.

Earlier this year, researchers at York University in Canada carried out a study to investigate the relationship between global levels of greenhouse gases and the frequency of ice-free years. They began by acquiring lake ice cover records from the National Snow and Ice Data Center in Colorado for 122 lakes across North America, Europe and Asia between 1939 and 2016. The sample included Lakes Suwa (Japan), Baikal (Russia), Geneva (Switzerland), Balaton (Hungary), Champlain (USA) and Michigan (USA).

The researchers then compared these figures with historical data for local winter air temperature, cloud cover and total precipitation. Rising winter temperatures, correlated with increasing levels of greenhouse gases in the atmosphere, were found to be the most important predictor of ice-free years.

In general, the lakes saw ice-free years when mean winter temperatures rose above -6oC (with the exception of Lake Balaton, which continued to freeze until temperatures exceeded 3oC). While the probability of having an ice-free winter had risen dramatically for all lakes, those in more southern and coastal regions were especially vulnerable due to higher average winter temperatures.

Drawing on these results, Alessandro Filazzola, the lead author of the study, predicts that all 122 lakes will have more ice-free years in the future, regardless of whether greenhouse gas levels are kept in check. “Lake ice is becoming increasingly absent,” he said. “Even under low carbon emissions scenarios, we’re going to have continued ice-free events.”

If carbon emissions are curbed in the near future, the percentage of ice-free lakes is expected to continue increasing until around the year 2050, where it will plateau. However, if emissions rise, the rate of lake ice loss will increase until 2100 at least. For lakes with socioeconomic or ecological significance, higher carbon emissions would mean warmer winters, the loss of winter transport and recreational activities, and a greater risk of toxic algal blooms, which are harmful to marine life. It could also lead to the disappearance of winter traditions at culturally important lakes, such as Lake Suwa in Japan, where generations of Shinto priests have recorded and celebrated the formation of ice since 1443.

The results of this study demonstrate a clear causal relationship between climate change and lake ice loss. Limiting carbon emissions would be the most effective way to reduce the frequency of ice-free years in the future, and to minimise their cultural, economic and biological implications. Records of ice-free years and winter temperatures can help to predict further ice loss and assess the severity of climate change, and should therefore be continually maintained. Moreover, while it is important to continue monitoring the 122 lakes from this study, this range should be broadened to include many more across the Northern Hemisphere. Further research into the impact of ice loss on ecological communities within freshwater ecosystems is also required.