How to Find Unicorns of the Sea 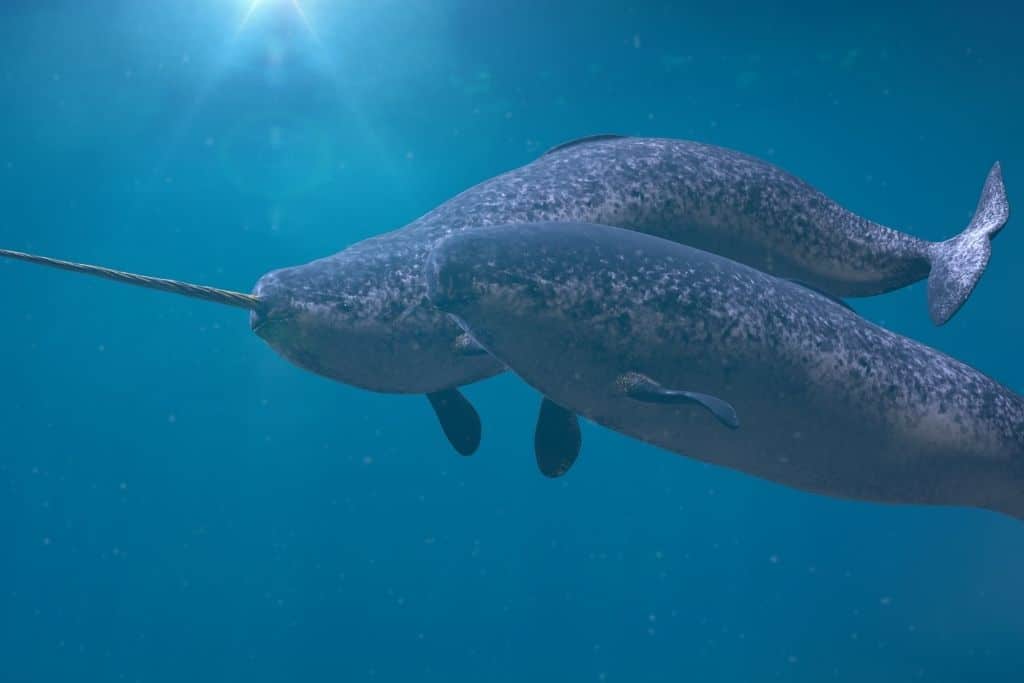 The ocean is filled with species we know little about because of their rarity, their shyness, or their location which makes them difficult to study. Researchers are using new techniques and equipment to gather valuable information about the unicorns of the sea, a name sometimes applied to the elusive narwhal.

By definition, a unicorn is something that is rare to find or hard to catch. Most people think of a creature with a long spiraled horn when they hear the term unicorn, and many an artist has depicted it as a white horse-like creature with flowing mane and tail and a horn protruding from its forehead. There are also creatures that live in the ocean that are occasionally referred to as unicorns of the sea. Although difficult to find, unlike the horse-like unicorns, there is scientific proof that the spiraled “horned” creatures do exist.

Tracking the Elusive Unicorns of the Sea

Rare animals are often designated as endangered species. Under the Endangered Species Act in the US, this designation requires animals to be protected from extinction. To achieve this, researchers first need to locate and then monitor the animals in order to design an action plan for their protection. The task can involve multiple steps and numerous years to complete, but as the existence of sea otters, brown pelicans, and bald eagles demonstrate, the results can be successful. A key part of protecting rare animals is determining the factors that threaten their survival. Sometimes the methods used to study the animals may sound as remarkable as the animals themselves.  For example, researchers have developed a technique for collecting air samples in order to look for the genetic material known as DNA. Skin, hair, saliva, and other cells all contain this biological marker. Collecting the DNA is proof of the existence of the animal. One researcher described the technique as “literally sucking DNA out of the sky.”

Scientists analysed water samples for DNA as a way to confirm the presence of marine animals. In western Australia, scientists have found that seawater is an excellent way to study whale sharks. In a news report from the University of Western Australia, it was reported that “despite their large size, whale sharks are notoriously challenging to track. But like all marine species, whale sharks shed their unique DNA codes into the ocean – known as DNA or ‘eDNA’ – via skin, faeces (sic) blood, mucus, sperm and other biological material.” The whale shark DNA that has been used to identify individual sharks can only previously be done by collecting tissue samples directly from an animal. This kind of information “could also help answer global population-level questions for other megafauna, such as sharks, rays, marine turtles, or dugongs.”

Genetic information is also valuable in understanding a species’ population dynamics. As an example, in a 2014 genetic testing of the Bryde’s whales found in the Gulf of Mexico led to a determination that these animals were actually a separate subspecies. As a result, the Gulf of Mexico Bryde’s whale population was listed as endangered where fewer than 100 individuals were found remaining. It is considered one the most endangered whales in the world as it continues to face “ongoing threats from oil and gas development, vessel strikes, increasing ocean noise, and entanglement in fishing gear.”

Much else can be learned from collecting samples from the ocean. Researchers from the New England Aquarium in Boston, Massachusetts, have been studying one rare animal: the North Atlantic right whale. For more than two decades, New England Aquarium researchers have been scooping up whale poop and assessing the hormone levels contained inside the cinnamon-colored excrement. The hormones provide information about an animal’s sexual maturity, metabolism, and stress, which is critical to determining the right whales chance of survival. It is doomed to extinction unless new individuals are born and successfully reach maturity and breed. Without calves there will be no new animals to replenish the dwindling population.

Recovery plans must be developed in order to protect rare creatures from extinction. These plans need to identify ways to mitigate unnatural deaths and promote successful births. Both are critical in the prevention of further declines in population number. Ultimately, the goal is to decrease the chances of extinction. In the case of the North Atlantic right whale, the work of the New England Aquarium is imperative as only about 335 animals are left. Currently, “there are more deaths than there are births. So knowing that there’s potentially another calf on the horizon to add to this population is absolutely crucial,” said Liz Burgess, one of the New England Aquarium scientists who study the right whale. To survive right whale calves must survive a gauntlet of obstacles – boat strikes, rope entanglement, pollution – to reach maturity and it isn’t until it successfully rears its own offspring that there is a ray of hope.

Pam Ferris-Olson has a Ph.D. in Leadership and Change from Antioch University and master’s degrees in Biology and Natural Resource Science. She has studied ocean creatures, worked in communications, and now focuses on the relationship between women, water, and communication, specifically the connection between the work of artivists and their impact in influencing change. She is founder of Women Mind the Water and host of the Women Mind the Water Artivist Series podcast. Her work is deeply personal and conveys a passion for the ocean. Pam believes in the value of collaboration and promotes collaborations that celebrate and foster respect for the ocean and each other.