Human-Made Objects Will Soon Outweigh All Living Biomass on Earth 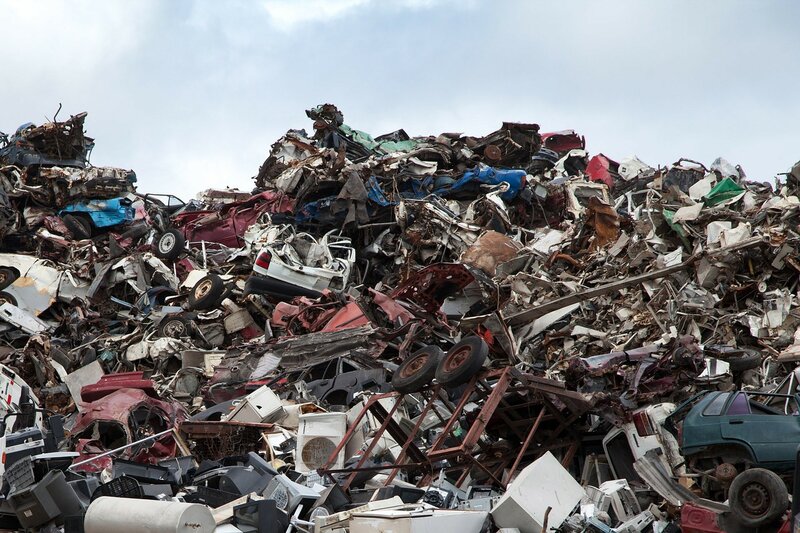 According to a new study, the combined weight of all human-made objects will likely exceed that of all living things on Earth by the end of the year, weighing a total of 1.1 trillion metric tons. Additionally, for every person on Earth, more than their body weight in objects is now being manufactured each week.

This was calculated by a team at the Weizmann Institute of Sciences in Rehovot, Israel in an attempt to show how humans are transforming the planet. Ron Milo, who led the research, says, “The significance is symbolic in the sense that it tells us something about the major role that humanity now plays in shaping the world and the state of the Earth around us.”

The team calculated the combined mass of all human-made objects from 1900 to the present day and compared this with the weight of all the living things on the planet (called biomass). To do this, they examined data sets on the flow of materials around the world. 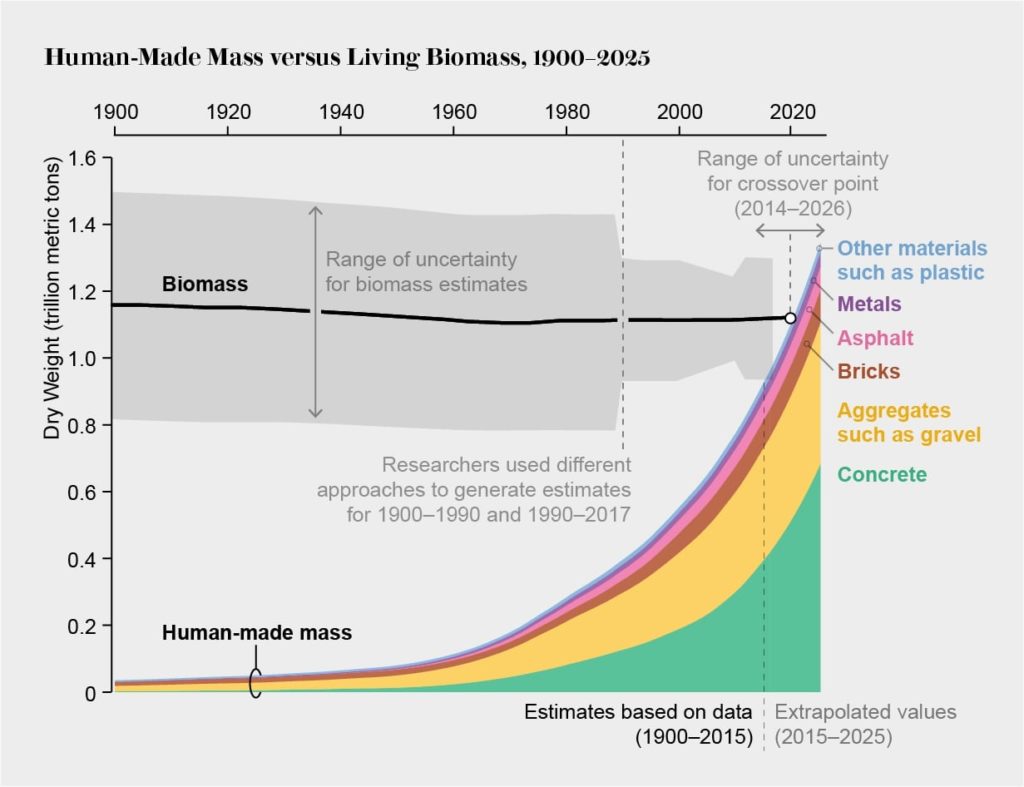 About half of the world’s current human-made mass is concrete, with aggregates such as gravel making up much of the rest. Bricks, asphalt, metals, plastic and other materials make up about 19% of the total.

The researchers estimate that at the beginning of the 20th century, human-made items equalled 3% of total biomass, including all plants and animals. However, this has doubled every 20 years for the past 100 years. Today, humans produce more than 30 billion metric tons of new material each year. Plant biomass has declined by half since the dawn of agriculture 12 000 years ago.

By 2040, the total weight of human-made objects could hit 2.2 trillion tons- double that of all living biomass- should current production rates continue. By this time, we will have produced as much waste as from the last 100 years together.

This study emphasises our harmful impact on the environment and the planet. The researchers say that this is further evidence that we have entered into a new geological age, the Anthropocene, where humanity’s impacts on the planet will be visible in sediments and rocks millions of years into the future.

Milo adds that this “is a reason for all of us to ponder our role, how much consumption we do and how can we try to get a better balance between the living world and humanity.”