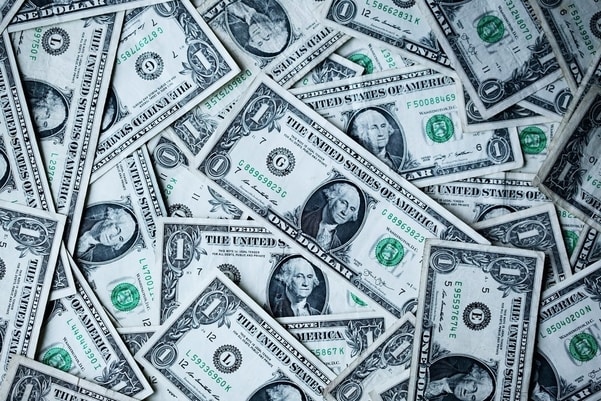 According to a new analysis released in the journal Nature Communications, ignoring the climate crisis could cause the global economy to lose between US$150 and $792 trillion by 2100 if countries do not meet their current targets to cut down greenhouse gas emissions. In contrast, it would cost G20 countries between US$16 and $103 trillion to limit warming to 1.5 to 2 degrees Celsius.

Economists often divide and measure the impact of the climate crisis in terms of the market and non-market costs. Non-market related impacts, such as those on human health and the ecosystem, are highly observable, however, they are more difficult to calculate than the market impacts, which can be calculated financially.

The Economic Costs of Climate Change

A report, published by the International Labour Organisation (ILO), explores the impact of warmer weather and heat stress on labour productivity and work. Heat stress refers to heat in excess of what the body can tolerate without psychological damage, which generally occurs at temperatures above 35C in high humidity. Heat stress is an occupational health risk and can hamper workers’ capabilities. In extreme cases, it may even lead to fatalities due to heat strokes. According to the report, even a 1.5C rise in temperature could cause losses in productivity of up to 2.2% of working hours per year. This is equivalent to 80 million full time jobs or $2.4 trillion lost.

The vulnerability of different market sectors to the climate crisis will differ. An economic sector expected to be significantly hit is agriculture. Since crops have optimum ranges for temperature and precipitation, shifts in rainfall patterns throughout the world will either have a positive or negative impact on agricultural production. With a temperature increase of less than 30C, the changes in weather patterns may cause the agricultural impact of these shifts to possibly even be positive in certain regions due to geographic shifts in suitable land for cultivation as a response. However, these shifts will cost money and beyond 30C, the impacts will be largely negative because of uncertainties that will arise in climate change predictions as our knowledge of certain processes remain incomplete and uncertainties concerning the potential to adapt agricultural practices. In 2019, approximately 28% of the global labour force was employed in agriculture. However, some countries, especially developing countries, have a much larger proportion of their population employed in the agriculture sector and so will face a larger exposure to the costs. Other sectors of the market that are sensitive to these climate changes and would be largely impacted by them include forestry, fishery, tourism and energy. However, aggregating impacts across the different sectors presents a number of difficulties, due to uncertainties in predicting the ability of societies to adapt to the climate crisis. It is important to note that wealthier countries have a better chance of coping with drastic climatic changes than developing countries. Developed countries should therefore avoid ignoring the climate crisis and instead invest in and develop zero-carbon and green technologies to share their knowledge with developing nations to protect the global economy.

If the United States invests between $5.4 and $33 trillion to avoid the effects of extreme warming and meet its current emissions reduction targets, it could actually achieve economic gains in the long run. These investments and policies have been termed a ‘self-preservation strategy’ by researchers. The same researchers asserted that most countries who meet their current targets will in fact experience future economic gains. However, to implement these strategies, nations must recognise the severity of global warming and work to develop low-carbon technologies.

Although the World Economic Forum has called the climate crisis the biggest risk to the economy and society in 2020, multiple factors make it difficult for individuals and policy makers to act on it. Climate change action requires a trade-off between short-term and long-term benefits. For example, Individuals may not make the switch to sustainable and greener products, while large corporations will prefer to utilise cheaper but unsustainable methods of manufacturing and governments may avoid large financial investments in developing greener technologies, despite them being more cost-effective in the long run.

Other hindrances include the climate crisis being a nonlinear problem, with people not feeling the impacts until tipping points are reached and it becomes too late to act. Furthermore, construal level theory states that people not directly affected by climate change psychologically process it as an abstract concept, which does not motivate them to act as forcefully as if they were directly affected.

While the future is always uncertain, studies have revealed that these ‘self-preservation strategies’ would reap economic gains in the long term. Although it is difficult for individuals, corporations and governments to make this trade-off between short term and long term benefits, it is vital that nations stop ignoring the climate crisis and realise its intensity, invest in low-carbon technologies, and meet the current targets to avoid facing large losses, both to the economy and human health. Furthermore, as developing countries are more sensitive to the climate crisis and face a larger risk, it is important for wealthier nations to provide support and share knowledge of new technologies to reduce the impact to the global economy.