The Silent Plight of Illegal Logging in Hong Kong 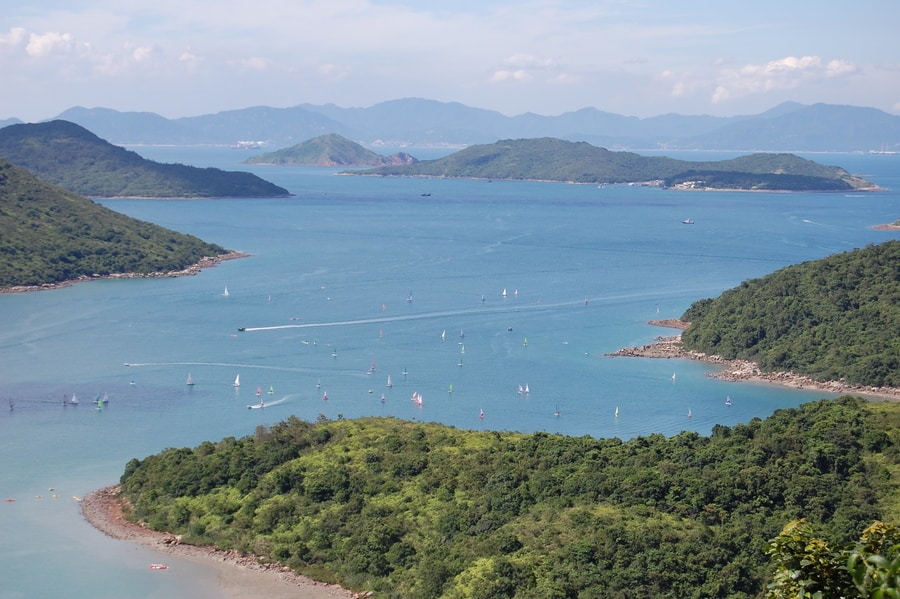 There is one particular premium-priced tree called the Incense Tree (Aquilaria sinensis) that has been subjected to illegal logging for over a decade and is now endangered. The Incense Tree is native to Hong Kong and south China and while it is abundant in numbers, because of the massive amounts of logging in the past century, nowadays the largest remaining wild population of Incense Trees can only be found in Hong Kong. The tree produces a dark aromatic resin when it is injured and infected by fungus. Traditionally, farmers created artificial wounds on the tree’s bark in order to induce resin production. The resin-impregnated heartwood of the tree, also known as agarwood, has been used in traditional herbal medicines and it is also used to produce incense and perfumes. Cultivation began around the turn of the first millennium and the trees have long been a staple of traditional feng shui forests, which are woodlands preserved near rural settlements for good luck. The island became a hub for the wood’s export and earned it the name “Hong Kong,” which translates as “Fragrant Harbour”.

The Incense Tree is currently categorised as vulnerable, according to the International Union for Conservation of Nature (IUCN)’s Red List. Agarwood prices can be as high as US$ 30 000 per kilogram depending on the quality (TRAFFIC, 2012). Its high value has motivated illegal logging activities in Hong Kong, and there is an increasing trend of illegal felling of Incense Trees in Hong Kong since 2010. This illegal activity most often occurs in the New Territories, in country parks such as Tai Mo Shan and Sai Kung.

C.Y. Jim, a professor of geography at the University of Hong Kong has been tracking the destruction of the wild incense-tree population and found that in 2013, the Hong Kong government logged 96 theft cases, registered the damage of 168 trees and recovered 133kg of wood. Jim believes that these figures underestimate the true extent of the destruction; he believes that multiplying the recorded number of felled trees by five is a more accurate number. According to Asia Plantation Capital, the industry is worth at least US$6 billion.

The Agriculture, Fisheries and Conservation Department (AFCD) in Hong Kong has developed an action plan to save the remaining population of the Incense Tree.

Under the Forests and Countryside Ordinance, a person who unlawfully fells or damages any trees on Government land is liable to a maximum penalty of HKD$25 000 fine and one-year imprisonment. Offenders involved in the illegal logging of Incense Tree are usually prosecuted under the Theft Ordinance which imposes a heavier penalty of a 10-year imprisonment. However, this has not deterred the offenders from felling. To combat the increasing trend of illegal logging, in 2018 the government increased the penalty for contravening the Protection of Endangered Species of Animals and Plants Ordinance to a maximum fine of HKD$1 million and imprisonment for seven years if the offender smuggles species that are under the CITES (Convention on International Trade in Endangered Species of Wild Fauna and Flora) list. The penalty was previously HKD$500 000 and one year imprisonment.

The wild populations of incense trees in China have been exploited extensively and therefore offenders have extended these illegal activities to Hong Kong. In the past, poachers often injured the trees to induce resin production and would return several years later to harvest the agarwood that it turned into. With the increasing demand for agarwood, poachers nowadays indiscriminately cut down the trees and hope to find the agarwood. They usually target large mature trees because there is a higher chance of finding agarwood in it. Police have found that in some cases, incense trees are too large to cut down and are not completely cut down. The damage to the trees is often so serious that the trees can no longer survive even if they produce the resin to heal themselves. Some poachers even return to search for the agarwood from the surviving stumps.

In 2016, the AFCD and the police force set up a special task force to step up enforcement to protect the incense trees. The special task force regularly patrols the country parks (the locations of which are kept secret to protect the trees), focusing on particular areas popular for illegal logging. AFCD also uses infrared sensor camera traps as a surveillance device to record any movement of heat objects. Any movement triggers the devices and the recordings are sent to the headquarters immediately, where staff determine if the movement is caused by suspicious activities. Villagers and residents who live near the country parks often serve as informants that exchange intelligence information with the special task force for early detection of suspicious activities.

For large incense trees that are obvious targets, the AFCD has installed metallic tree guides to protect these high-risk trees from mechanical damage. The tree guards are 2 meters tall and there is controversy as to whether these guides damage the root of the trees during installation. There is also concern as to whether these systems make the location of the trees more obvious.

The AFCD has also been actively growing incense tree seedlings and replanting them where they once were. The AFCD says that it has been planting around 10 000 seedlings per year since 2009. This program also includes planting these trees in secured public spaces such as schools, government premises and urban parks.

To solve the root of the illegal logging problem in Hong Kong, the AFCD has also coordinated with the relevant mainland authorities to step up the enforcement and crack down on dealers and retailers who sell agarwood from illegal sources.