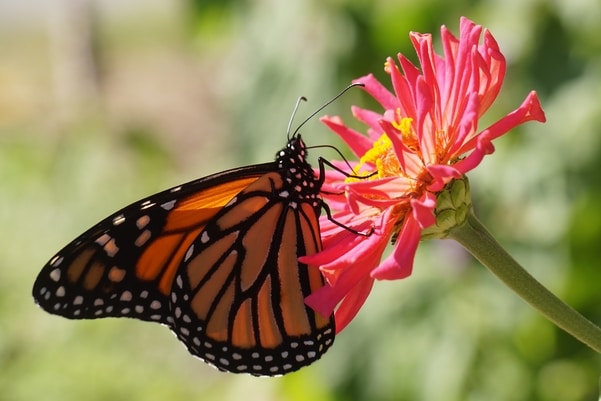 Insects touch nearly every corner of life on this planet, filling endless functional roles and providing services too vast to name — and they are disappearing. According to the largest study of insect populations to date, published in the journal Science, insect populations on land are decreasing by 0.92% per year. This number may seem small, but it amounts to 24% fewer insects in 30 years and 50% fewer in 75 years, a significant decline.

This study comes on the heels of scientists’ warning to humanity on insect extinctions, in which 30 scientists from around the world express their deep concerns about global insect declines and warn that we are pushing many ecosystems beyond the point of recovery. Insects, they assert, provide irreplaceable services, and urgent action must be taken to save both ecosystems and humanity.

“Insect declines happen in a quiet way and we don’t take notice from one year to the next,” Roel van Klink, first author of the Science study and a scientist at the German Centre for Integrative Biodiversity Research (iDiv) and Leipzig University, said in a statement.

“It’s like going back to the place where you grew up. It’s only because you haven’t been there for years that you suddenly realize how much has changed, and all too often not for the better.”

While the year-to-year decline of insect populations on land may be largely imperceptible, people have noted that fewer bugs appear to be splattered on their windshields now, compared to a few decades ago. This anecdotal observation, dubbed the “windscreen phenomenon,” was investigated by citizen science insect research in the U.K. The survey used a standardized grid placed over license plates to record the number of bugs being squashed. The survey found that, indeed, 50% fewer insects were squashed on the license plates of cars in 2019 than in 2004.

Where have all the insects gone?

Yet while land-dwelling insect populations dwindle, the numbers of insects that live their lives (or part of them) in freshwater habitats are on the rise by about 1.08% per year. The trend is strongest in the Western U.S. and in Northern Europe, where scientists believe clean water initiatives and anti-pollution legislation over the past 50 years may be responsible for the positive trends.

“Insect populations are like logs of wood that are pushed under water,” van Klink said. “They want to come up, while we keep pushing them further down. But we can reduce the pressure so they can rise again. The freshwater insects have shown us this is possible.”

The study, which analyzed 1,676 sites around the world, revealed that despite overall trends on land and in the water, local trends were highly variable. In general, insects fared better in areas least impacted by humans.

One limitation of the meta-analysis, the researchers note, is that most of the data came from temperate North America and Europe. Overall trends were highly influenced by strong North American trends. Another weakness of the study is that highly disturbed sites were underrepresented. Over a third of the data came from protected sites. Other recent studies have found insects declining at rates of 3% to 6% per year.

Although the authors were unable to say exactly why these trends, both positive and negative, have emerged, they did find an association between insect declines and habitat loss, particularly through urbanization.

In the Mongabay investigative series “The Great Insect Dying,” most of the 24 entomologists interviewed pointed to habitat loss (especially due to the expansion of agribusiness), pesticide use, and climate change as the major causes of global insect declines. Invasive species, overexploitation, industrial pollution, agricultural runoff, and the dramatic loss of food plants for insects have also been cited as reasons for insect declines.

“We’ve seen so much decline, including on many protected sites. But we’ve also observed some sites where butterflies are continuing to do well,” said Ann Swengel, a co-author of the Science study. Swengel has studied butterflies in the U.S. for 34 years and stresses the complexity of these findings as well as what they mean for effective conservation management.

“It takes lots of years and lots of data to understand both the failures and the successes, species by species and site by site. A lot is beyond the control of any one person, but the choices we each make in each individual site really do matter.”